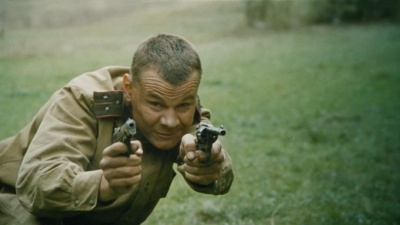 'Vladislav Borisovitch Galkin (December 25, 1971 – February 25, 2010) was a Russian stage and screen actor mostly known for his roles in TV series Dalnoboyshchiki and Spetsnaz. He started his cinema career when he was nine years old - it was the role of Huckleberry Finn in The Adventures of Tom Sawyer and Huckleberry Finn. He was a stepson of actor Boris Galkin. Vladislav Galkin died in 2010, aged 38, due to cardiac arrest, with large amounts of alcohol involved, but there is an unproven assumption that this was murder.