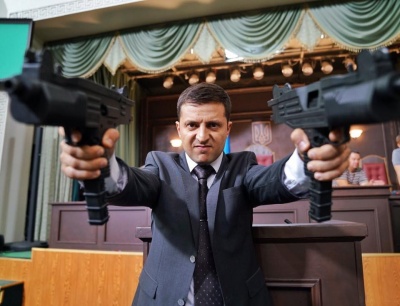 Vladimir Alexandrovich Zelenskiy (born 25 January 1978) is the Ukrainian film and TV actor and was elected President of Ukraine in 2019.