Funny or Die: You're Not in Kansas Anymore- Stephen Lang

What exactly are you going add these screenshots for? Also, please try to use higher quality sources to make screenshots. Also please upload the entire frame of the screenshot (but no black bars on top and bottom) instead of a cropped closeup. --Ben41 17:06, 12 May 2012 (CDT)

Again, these are all meant to be Category:Screenshot

Before adding any more pictures

Please shorten the filenames before uploading your pictures. Also, if you want to learn how to place the picture on a particular page, here's the code you need to copy and paste:

You can see why uploading long filenames is not recommended. I would place these on your own page first for practice.

I would recommend that you do NOT add any more pictures for actors or characters for movies that do not have a page for or you do not plan to make a page for. --Ben41 03:02, 6 June 2012 (CDT)

When identifying actors in captions, there is no need to add "portrayed by" before the actor's link. The site doesn't identify stunt performers unless they can be clearly seen in multiple roles in the films in the database. --Ben41 (talk) 02:27, 13 February 2013 (EST)

I know but many of these actors are in various movies here on this site since they're veterans of the industry much like Thomas Rosales, Henry Kingi and Al Leong. Plus, while obviously a page isn't needed for EVERY SINGLE person, it would still be helpful for people who were curious as to who was the person portraying said character holding a weapon being identified on this site.--Gunman5 (talk) 03:36, 12 March 2013 (EDT) 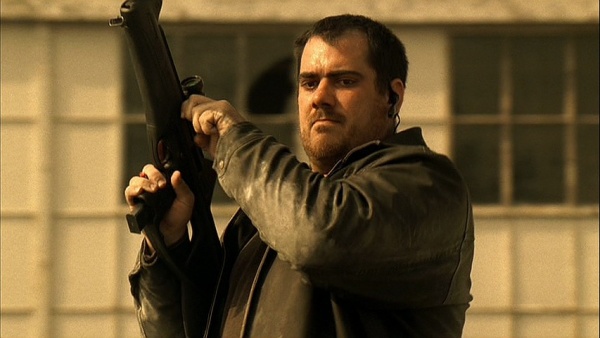