The Taurus Tracker comprises a series of revolvers chambered in different calibers. Technically the Taurus Judge falls under the 'Tracker' series of revolvers, however, that branding is not seriously promoted by Taurus. This page is only for revolvers which have the 'TRACKER' emblem on the barrel.

The Taurus Tracker series of revolvers has appeared in the following: 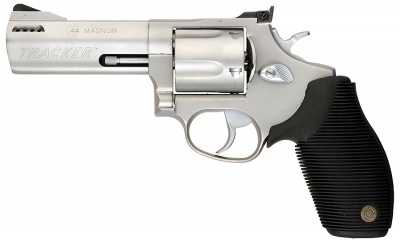 The Taurus Tracker Model 44 is a .44 Magnum revolver in Taurus' "Tracker" line of revolvers. It is not to be confused with the similarly named Taurus Model 44 which is actually a revolver in the "Raging" series, of which the Taurus Raging Bull is a part. The Tracker revolver barrels do not have a vented rib along the top (like the Raging series do) and they are ported. 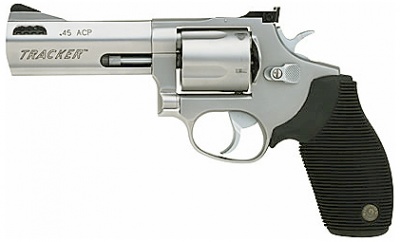 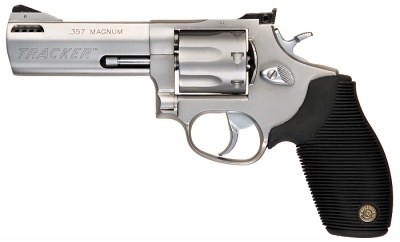 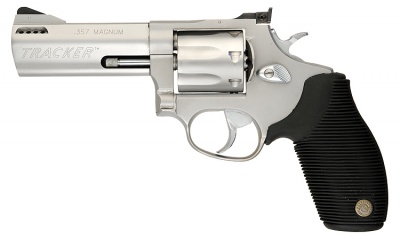 The .357 Magnum entry into the Taurus "Tracker" series, the Model 627/627CP is a seven shot, double-action revolver designed to be carried by sportsmen as a personal defense weapon (usually against predators, mostly animal (sometimes human)). It was marketed as a carry piece to be packed in an outdoorsmans' backpack when in hazardous territory.