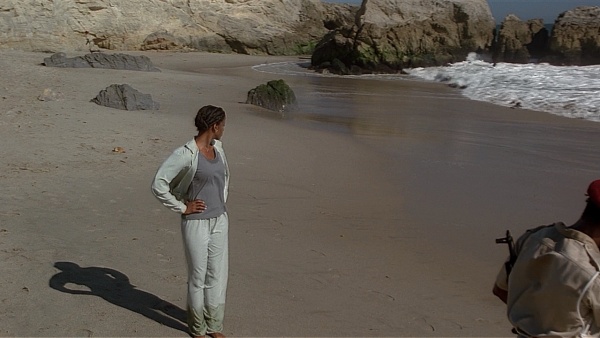 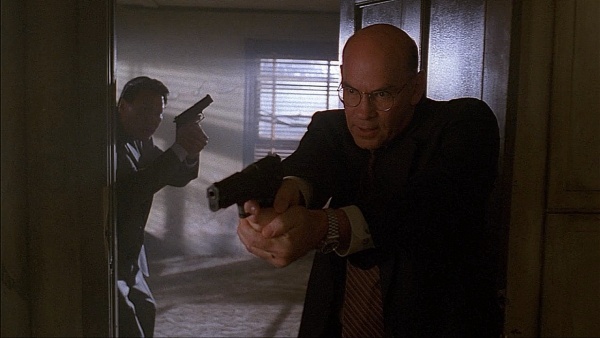 Assistant Director Walter Skinner (Mitch Pileggi) enters a room with a SIG P226 in "Brand X" (S7E18). Another agent in the background also appears to wield a P226.

The caption says the gun does not have the "underbarrel lug" characteristic of single action revolvers, but the ejector rod housing (correct name for the part) is clearly present, as the finger-piece of the ejector rod, and the screw that attaches the housing to the barrel are both clearly visible.