The Glock I'm not so sure about, given the slanted serrations and rounded trigger guard. Of course could just be simple mods or liberties taken on this particular model. At the very least its clearly more a G19; its too short to be a G17. The Desert Eagle may not have the scope rails rendered but otherwise it is most certainly a Mark XIX variant since it clearly has the longer slide serrations and the barrel fluting as seen on .357 and .44 versions. StanTheMan (talk) 17:07, 17 December 2016 (EST)

This is going to contain spoilers for Resident Evil 7, so be warned.

First, I don't think the page should say it takes place between Resident Evil 6 and Resident Evil: Revelations since that's a rather large time gap, which also includes Resident Evil 5 and the second Revelations game, which I think is what the original author meant.

Secondly, I don't think this is exclusively a spin-off game like, say, Mercenaries 3-D was, since the Umbrella Corps (and someone who looks like Chris Redfield) show up at the end of Resident Evil 7. It may be a good idea to fit this, Outbreak (which is also now officially canon thanks to Resident Evil 7), and at least Darkside Chronicles into their own category, since all three are now contributing to the main series. --That's the Way It's Done (talk) 21:43, 27 January 2017 (EST)

Is it really necessary to list if such and such weapon first appeared in such and such game in the descriptions? It doesn't really seem relevant to me. Spartan198 (talk) 16:13, 5 January 2018 (EST)

For the Lancer CQBZ Ver, when I created the page back then I credited it as a Knight's Armament Company PDW, but as some users disagreed with it and by looking closely it's clearly not one, I made some researches (6 years after...) and I think I found the one. 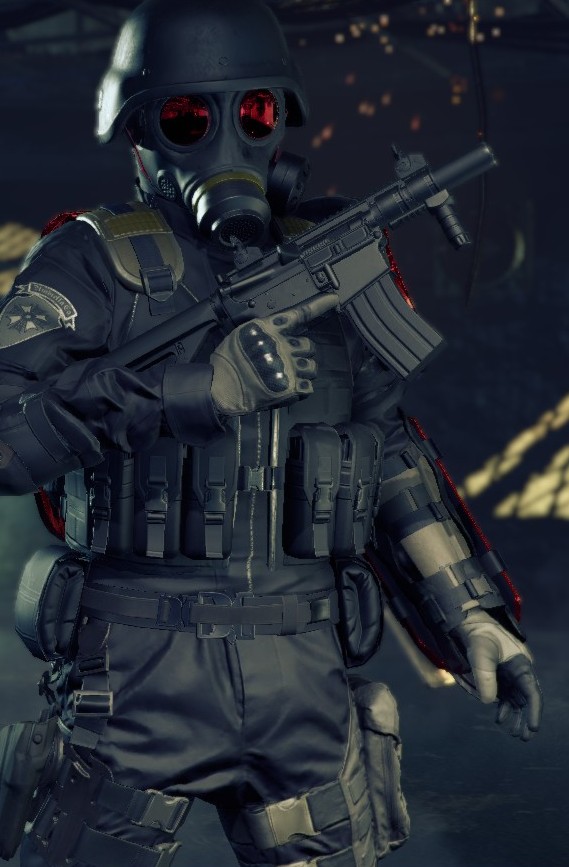 To me it would be a Remington R4-C with slight modifications.

If there is someone in here (if there still someone :p on this page) who can confirm this. Thanks.