Lara's whole quest is about this sword. She can use it in the last level of the game to defeat the abomination. 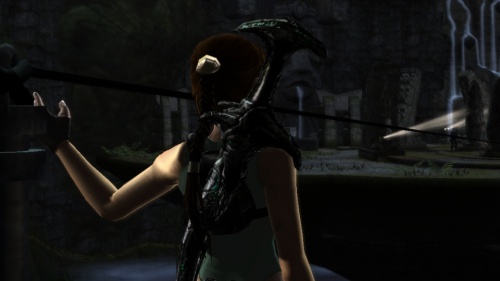 The Excalibur on Lara's back. 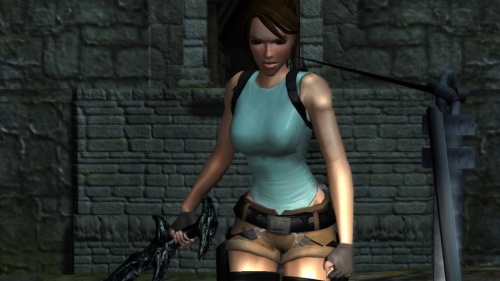 The Excalibur in Lara's hands. 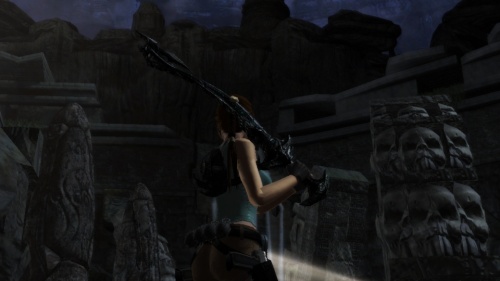 Lara trying to swing the sword.

Comparison of the TR games 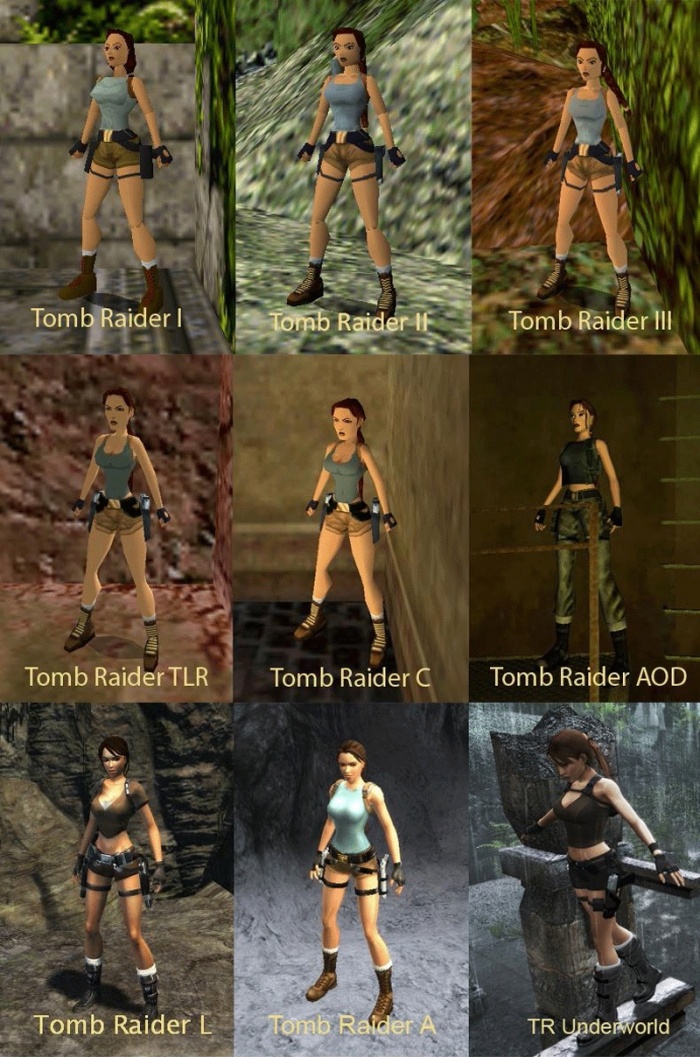 How is this at all relevant here? Okay, Lara's character model has improved drastically since the first game, but so what? It has nothing to do with the guns in the game, which is IMFDB's only concern. Non-gun related "trivia" like this shouldn't be here. Spartan198 02:24, 18 February 2011 (UTC)

Shouldn't we add the other Tomb Raider games? even in the pre AoD games most of the weapon are recognizable, there's obviously a M16 in TR2, the "Uzis" in 1 and 2 and maybe 3 are actually MAC-10's (but it in 4 they are actually Micro Uzis). Although most people thank that Lara's handguns in 1 & 2 (sorry don't remember what they look like in 3 & 4 :/ ) are 1911 .45s, to me they look more Browning Hi-Powers (which is also very fitting :) ) if you look at the TR2 renders, the slide releases look just like the ones on Hi-Powers. There is some sort of revolver in 4 and there's a Desert Eagle in 5.

Cool. I'll help as much as can when I get the time.