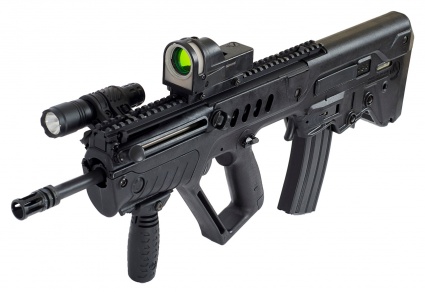 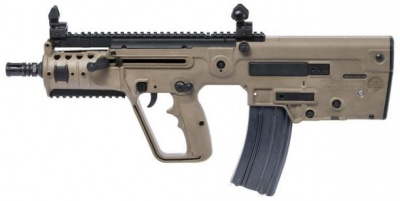 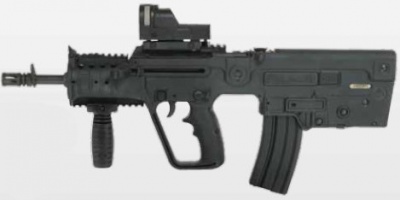 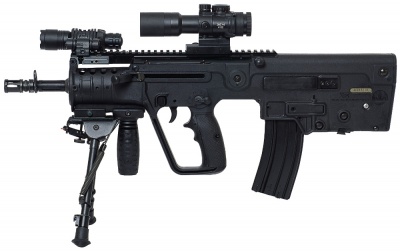 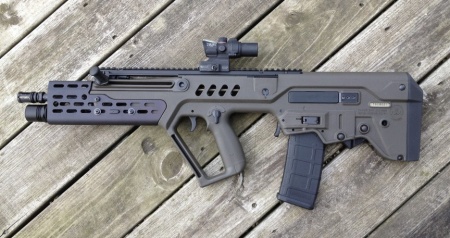 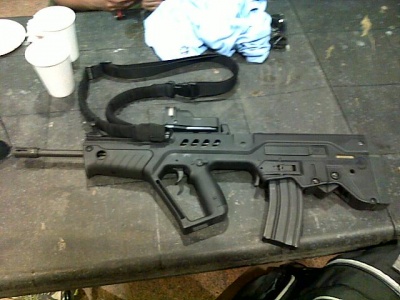 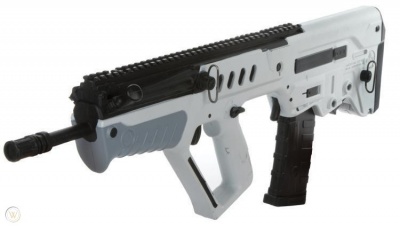 Does anyone know why the IDF is ditching the standard-length TAR-21 and going with the Micro version as the standard-issue weapon? I thought that since the original was a bullpup rifle, it managed to be "comfortably short" and yet retain the necessary barrel length to achieve the velocity necessary to get its 5.56x45mm rounds to fragment reliably at long enough ranges. Going for the MTAR is not going to be good for long range accuracy and damage, perhaps not even midrange for the 5.56mm round it's firing. Did they go for the MTAR so as to give the IDF's female conscripts a more comfortable weapon for those with arms too short to comfortably carry and fire the standard-length rifle? Or is it because the IDF only expect to be shooting up "enemy combatants" in urban "terrorist incidents" in the near future, rather than traipse around shooting up neighbouring countries, as they recently did in Lebanon?

It seems odd that they would purposely change the standard-issue weapon to a downgraded version, when the original should be short enough already. --Mazryonh 01:12, 11 September 2010 (UTC)

It's not like they can't put long barrels on again. I'd be willing to bet that the Israelis have plenty of the longer barrels stashed somewhere, just in case.--Mandolin 12:32, 11 September 2010 (UTC)

I doubt it's about making it more comfortable for smaller sized women, as far as I know the only area where the size changes between models is the hand guard and barrel. The reason is likely due to most of Israels combat zones being urban rather than large open fields or mountains. And since you can easily change the 5.56 MTAR into a 9mm SMG, it saves time and likely costs by being able to just train everyone with the same weapon system. Add in the loss of .71 pounds (Soldiers are usually armed 24/7) and you've got a better choice for the world they're in. --Crazycrankle 15:26, 11 September 2010 (UTC)

It's still odd to be me because the official stats for the standard-length TAVOR-21 claim it is of similar length to the widely-used Colt M4 carbine, and yet has the bullpup's advantage of better barrel length (close to the M16's actually). From what I've read, muzzle velocity is key to the 5.56mm round's effectiveness so it can fragment properly along its cannelure, and sacrificing that for a shorter barrel length means you're just putting 5.56mm holes in people rather than perforating their organs wholesale with every shot as more muzzle velocity would result in. Of course, I suppose the IDF is good enough to put enough of those 5.56mm holes in the urban-lurking terrorists they're hunting using short-controlled bursts, but I'm of the persuasion to make every shot count. I also know that while comfort is one thing towards the move for lighter rifles, isn't military training largely about acclimating oneself to this kind of fatigue (or getting a sling so you can hang the rifle off your shoulders when not in use)? It wasn't so long ago many soldiers were lugging around 9-pound M1 Garand rifles, for instance. --Mazryonh 18:50, 11 September 2010 (UTC)

Oh, hey, it's another one of these.

Should we change this page's name? I mean, the "T" in "TAR" already stands for "Tavor", so it's kinda redundant, not to mention how the current name kinda makes it sound like the manufacturer's name is "Tavor", since the actual manufacturer's name isn't included. Something like "IMI Tavor" or "IMI Tavor rifle series" would be more appropriate, no? Pyr0m4n14c (talk) 21:54, 16 March 2020 (EDT)

I concur as well. 'Tavor TAR-21', aside from being partially redundant, also is more a particular variant of the series, and doesn't make for a good general page name. If it were a common model-name identifier like 'M16' or 'AK-47' I could see it, but I don't think it's the same case here. Anyway, I agree with 'Tavor rifle series' or even just 'Tavor' (ala Galil) or something along those lines. StanTheMan (talk) 20:51, 18 March 2020 (EDT)

Eh, I'm a bit hesitant to use something that doesn't include the manufacturer's name - if there's more than one, then it makes sense, but IMI/IWI is the only one producing these (unless you count RPC Fort, I suppose, but those are post-introduction foreign copies made under license - we still call the AMC Auto Mag by its original manufacturer's name, even though there were 10 others). It could work either way, but I feel like it'd be a bit better to add IMI to the name. Pyr0m4n14c (talk) 09:28, 19 March 2020 (EDT) P.S.: Come to think of it, a lot of pages for IMI's guns have this issue - the Jericho 941, the Galil (which we don't call a rifle series - make of that what you will), the Uzi - what's the deal? And yeah, IMI did change their name to IWI, but it's not like we didn't do the same thing with the TDI Vector.

Oh well, I had completely forgotten about this discussion. Anyway yeah, I don't mind that. Something like "IMI Tavor series" should be fine. --Ultimate94ninja (talk) 04:36, 9 December 2020 (EST)