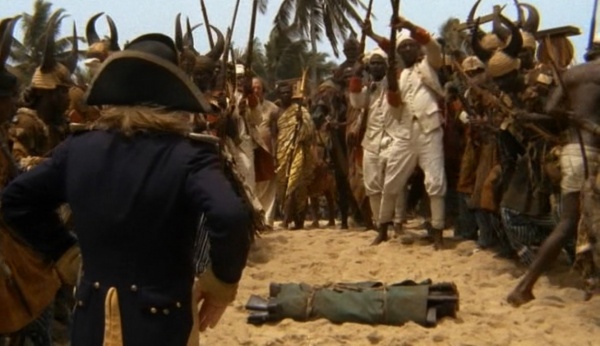 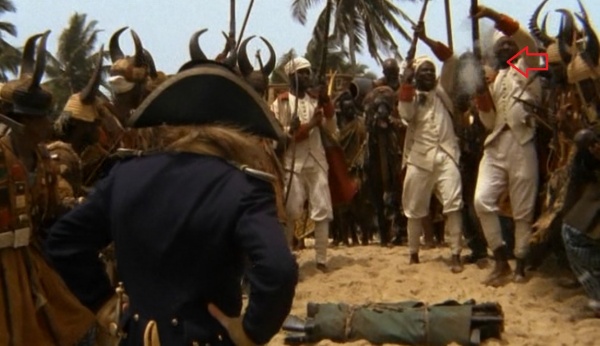 ...and fires it in air. Note the smock from percussion lock (pointed by the red arrow). Numerous SMLE (see bellow) is seen on the ground, covered by the rag. 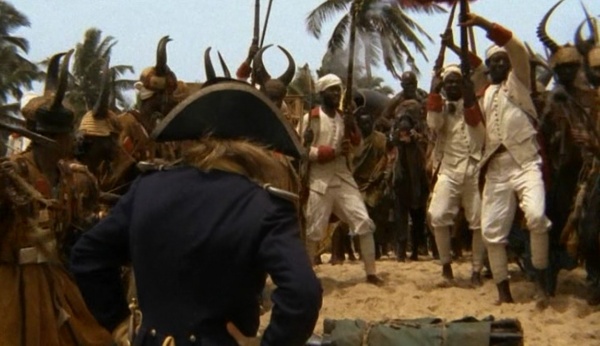 A slightly other view of his gun. 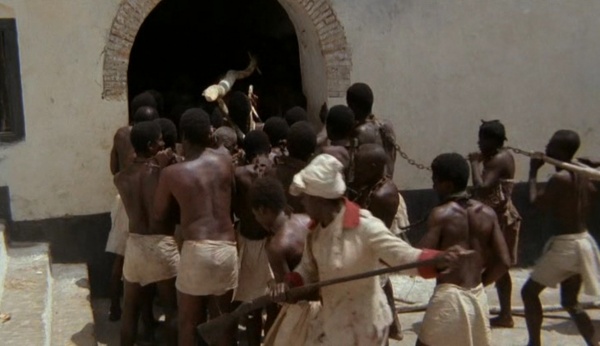 Dahomey Army soldier hits the slave by the buttstock of his gun. 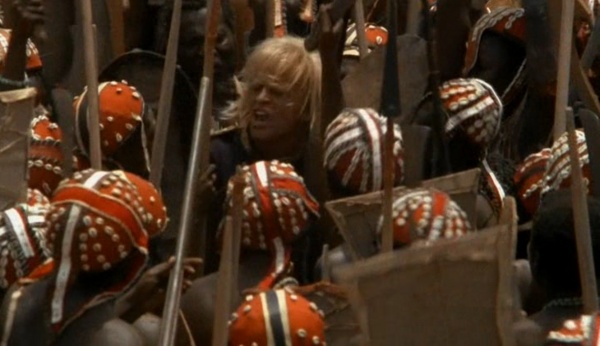 Gun's barrel can be seen at the left. 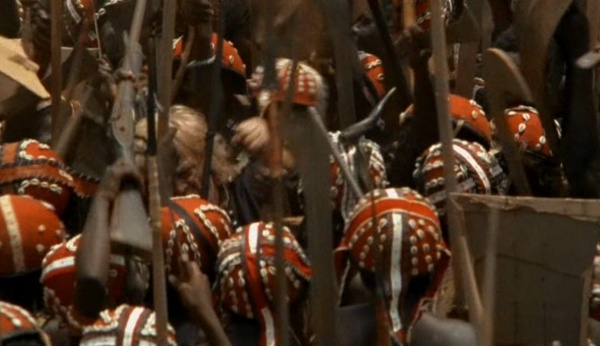 Note, that the lock of this gun is partly broken. 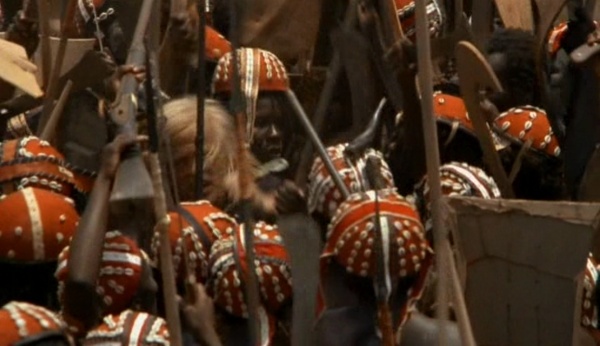 A slightly other view of the gun. 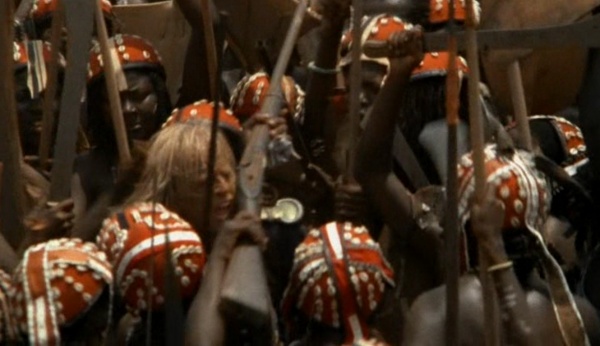 The single barrel band is seen. 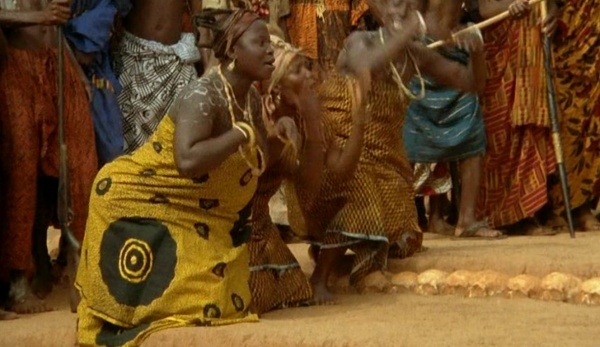 Dahomey Royal guard (at the left) puts his rifle on the ground. 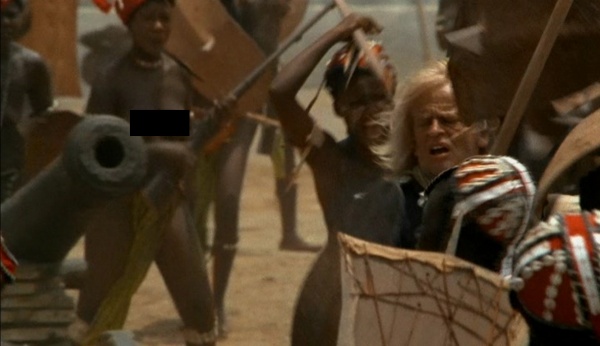 Dahomey Amazon holds the gun during the battle. 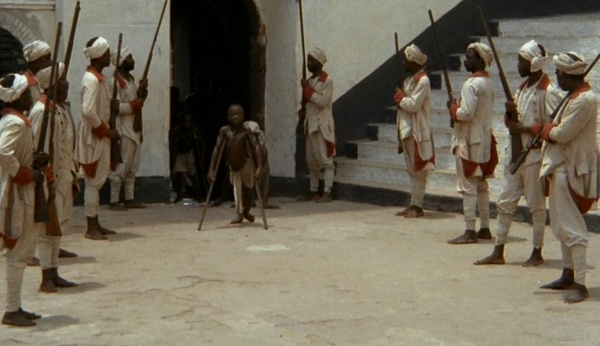 Carbine is not Sharps but Remington Rolling Block. Among the "Moukhala Musket" there is a number of common hunting shotguns, for example on Cobra Verde rifle 4 12.jpg. --Greg-Z (talk) 01:32, 1 May 2020 (EDT)