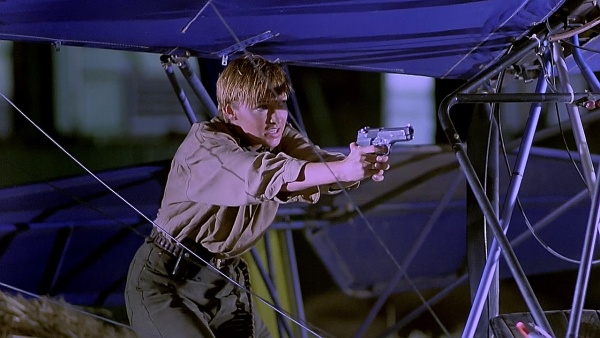 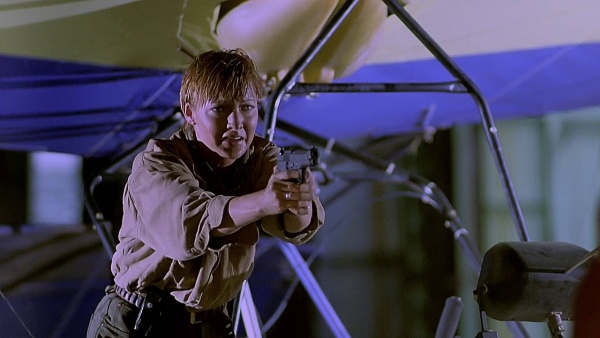 The shape of the front of the slide makes me think about a Valtro Mod. 98 Civil, a blank firer based on Beretta Centurion. But I cannot say if this pistol was ever exported to USA. Greg-Z (talk) 02:54, 28 August 2015 (EDT) 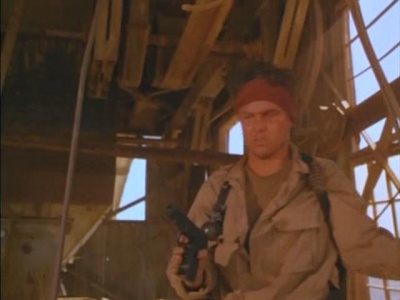 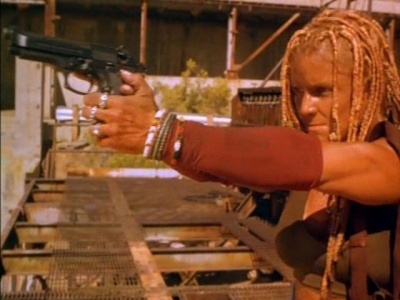 Alex's absolutely ridiculous combat knife has plenty of tricks. It has a laser site just in case you have trouble aiming your knife, it glows in the dark, and to top it all off it can fly at people even when shes still hanging on the end of it. Its also almost half as long as she is tall. 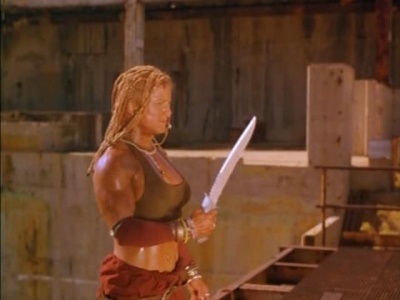 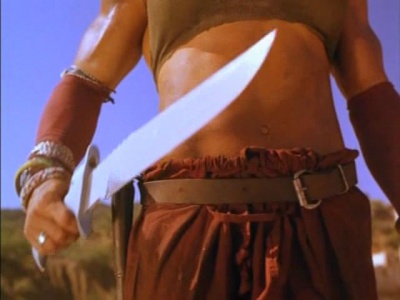 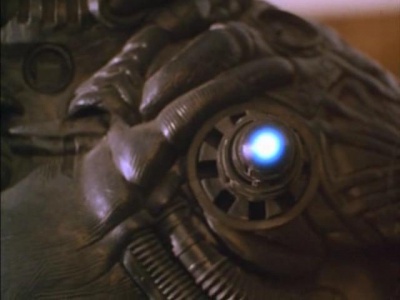 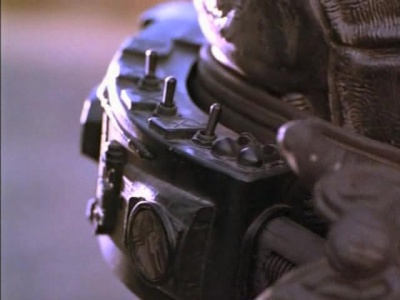 Nebula plugging in a new battery for his laser 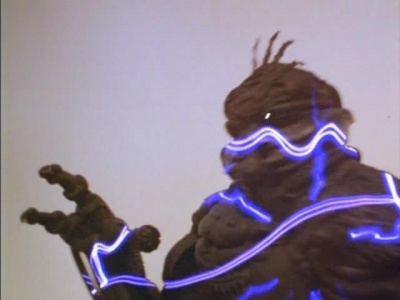 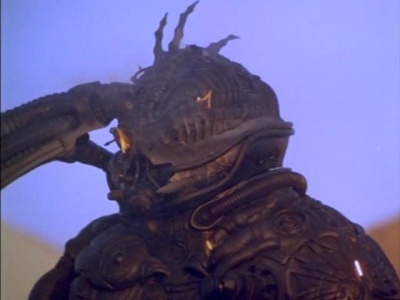 Nebula is killed with his own lame weapon
Retrieved from "https://www.imfdb.org/index.php?title=Talk:Nemesis_2:_Nebula&oldid=954531"