Of course the rest of us call it by it's more used name "ACU". I think only the DOD calls it the "Universal Camouflage Pattern" LOL MoviePropMaster2008

ACU! What a Godsend! Heavens, the man just blends into the background! I'll wager that NO ONE can see him! ;) 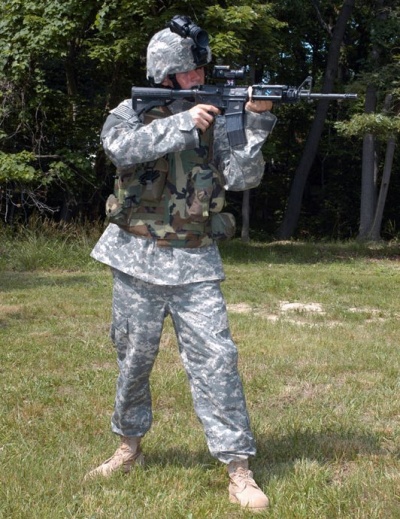 I can't believe they made another one. What is it with shitty action films, and then shittier sequels? Christ, someone get me a copy of Die Hard or Lethal Weapon! Fixer