Version: the hammer spur looks like the Colt Combat Commander or Rock Island Armory Commander but the barrel is not shorten like Commander pistols. This pistol also has targer rear sight. 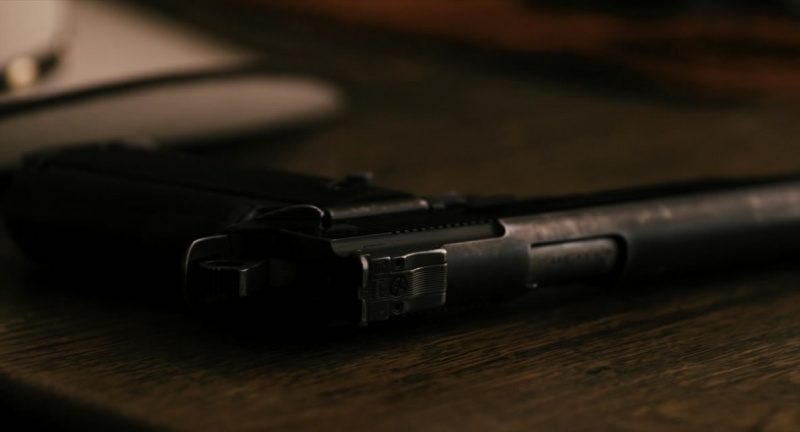 Version: stainless steel or nickel plated pistol. Though both screenshots are from same scene, the pistols has different rear sight. The grips on the second image are very thick, the hammer spur looks again like Commander.

I would just list it as a custom M1911A1 (since there are no clearer shots of the writing on the slide its doubtful it will be exactly identified) modified with a Commander-style hammer and the wood grips seen on original M1911's. Czar 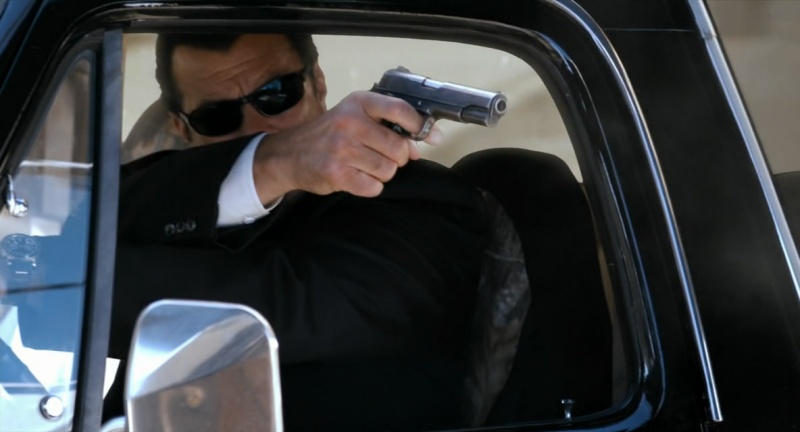 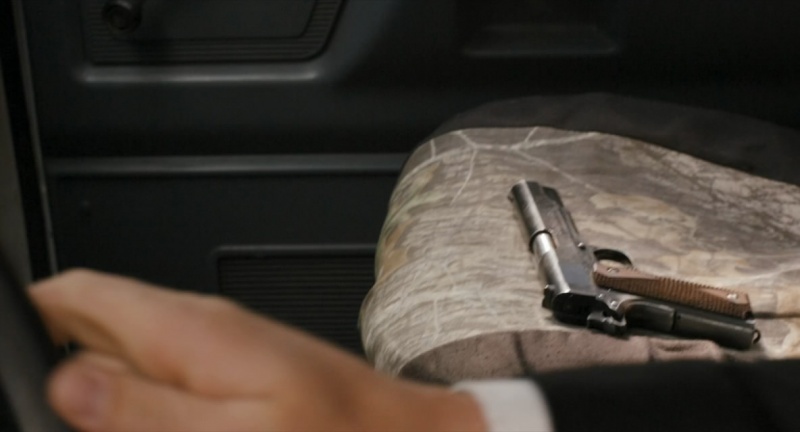 Supposedly the same pistol is seen on the next shots: 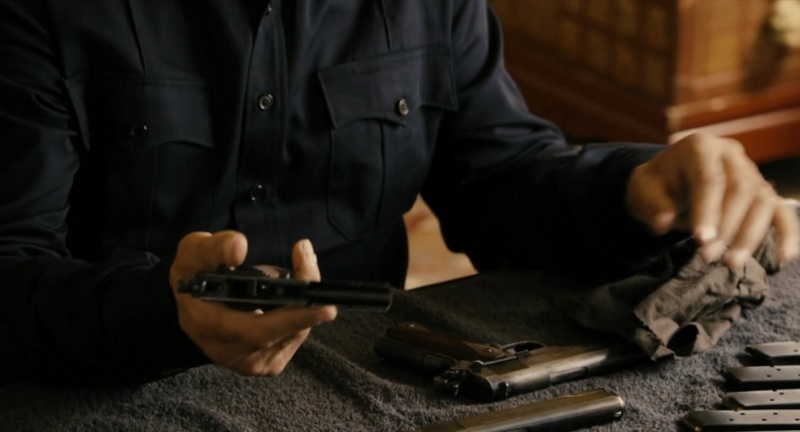 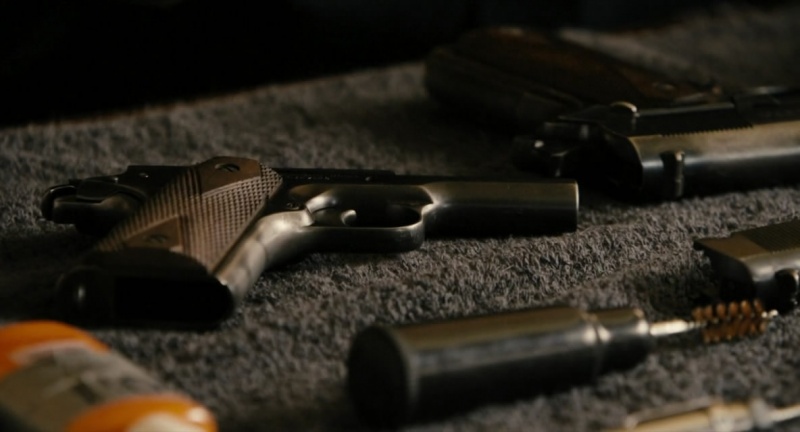 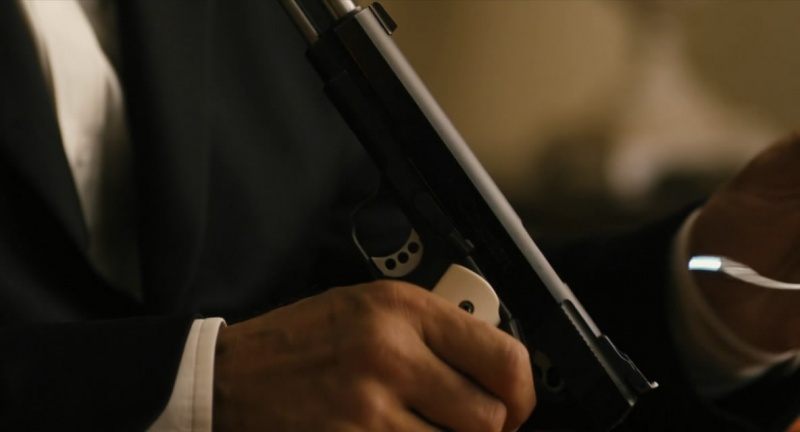 A lot of pistols

Version: The one with white grips is Safari Arms .45 (the same on the previous shot), the compact one is Detonics CombatMaster, the others are more or less standard 1911s. 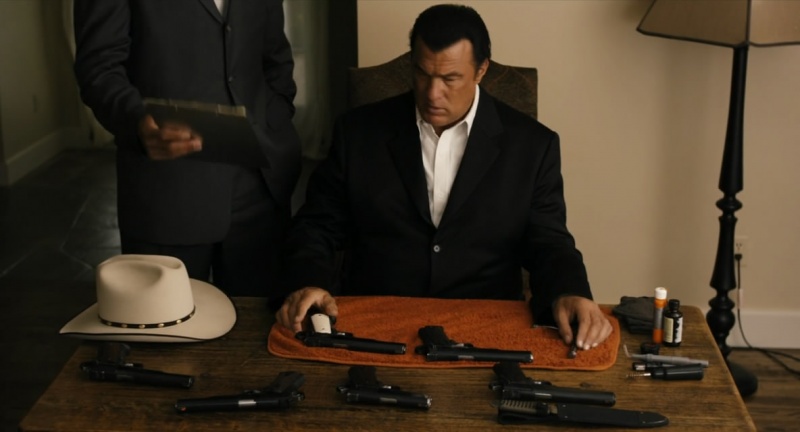 I had such guess (the favoured version is Charter Arms Bulldog Pug) but all Charter Arms revolvers which photos I've seen have more rounded shape of ramrod shroud while this one has an angular shroud. The shape of front sight also differs. I cannot read the letters on the barrel but the first one seems to me to be C or G. Greg-Z 07:31, 1 September 2012 (CDT)

I thought that the movie revolver has 6 rounds... So I was wrong in this, and my identification failed again. So sad. OK, then Charter Arms Patriot page must be deleted. Thanks for help. Greg-Z 08:50, 2 September 2012 (CDT)