Talk:Indiana Jones and the Emperor's Tomb

The following weapons were used in the videogame Indiana Jones and the Emperor's Tomb: 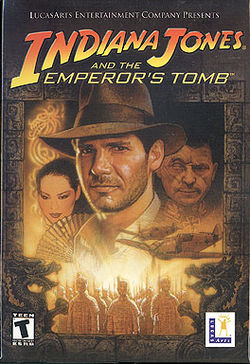 Appears in the game as the "Revolver". The Colt New Service is Indy's sidearm throughout the whole game. Some of the Ivory Hunters in Ceylon use them as well. The weapon can kill enemies in two shots, but in later parts of the game there is no ammo to find for this weapon. You only get six shots with it. 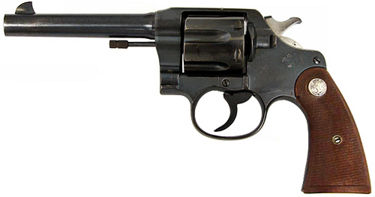 The Nazi Gestapo Agents in Prague use Luger P08s with suppressors as their weapon of choice. They can't really hide gunshots well, due to its low range, and the large amount of hand-to-hand fighting. At the end of the Ceylon section of the game, after Indy retrieves the Idol of Kouru Watu, Von Beck threatens him with a Luger P08.

Many of the German Soldiers, as well as the Chinese Gangsters in Hong Kong use Mauser C96 pistols as their sidearms of choice. It has a high rate of fire, but is no less powerful than the Luger. 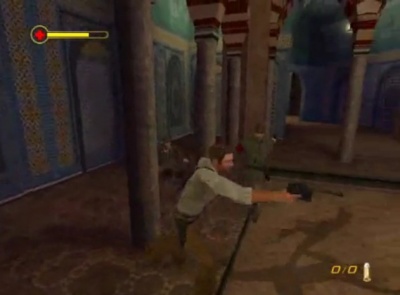 A Double Barreled Shotgun appears in the game as the "Shotgun". It is carried by some of the Ivory Hunters in Ceylon and by some Gangsters in Hong Kong. 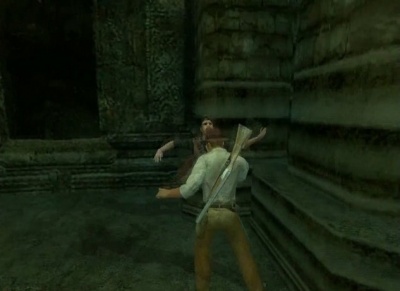 The MP40 appears in the game, used by a few Gestapo Agents in Prague, and various German Soldiers throughout the game. Some of the Gangsters chasing Indy and Wu Han in Hong Kong use MP40s as well. When Indy is chased by Von Beck in the Emperor's Tomb, he grabs one and fires it at Von Beck's Drill Tank to no effect. It is an anachronism to see this weapon in 1935, as it and the MP38 didn't exist yet until 1938. 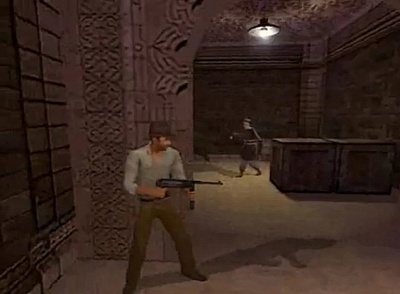 When Indy and Wu Han chase Kai's car in Hong Kong with Wu Han's rickshaw, Indy grabs an M1928 Thompson from under his seat and uses it to shoot up several pursuing cars and motorcycles. Strangely, a Gangster on a Motorcycle sidecar uses one in the cutscene, but later switches to an MP40.

The MG34 appears in the game, mounted at various points throughout the game. Indy uses two mounted ones atop of Cable Cars in the Penglai Mountain levels to shoot down German Planes sent to kill him. Inappropriately depicted with spade grips. 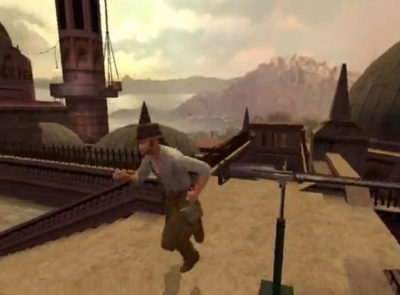 Cannot be used by Indy. These are used by German soldiers wearing gas masks and black trenchcoats.

Can be equipped in the Istanbul and Peng Lai missions. The gun is the only means Indy has to defend himself underwater with firepower, but it could also be fired when on the ground. There is also a yellow variant called the 'Super Speargun' which holds an amazing of 50 rounds in a magazine. This type of gun is only availible when Indy defeats the Kraken.

The Panzerschreck can be located in a hidden room in Peng Lai lagoon. This is the only time this weapon is availible in the entire game. A stange thing is of course, that the Panzerschreck wasn't used until 1943, but also that the weapon is reloaded from the front, making the grenade peek out of the tube. The weapon itself resembles a small Panzerschreck, but reminds you also as a Panzerfaust.