The rocket launcher that no one knows about is a Nerf N-Strike Titan AS-V.1 with so slight changes but the grip is the exact same

LOL he is right. Here's a pic of the original Nerf below

It does seem to be made from (or at least cast from) a Nerf. The stirup pump/shoulder stock at the back has been removed, and a front section added, but there are very definitely some parts that are the same, such as the dual grips with dual triggers, the bracket on the bottom of the grip (which has something added to it in the movie)) and the scope (i think) mount. --commando552 11:28, 7 February 2011 (UTC)

I just got this movie on DVD. If nobody objects, I'd like to get rid of all the old screencaps and replace them with new ones as soon as I take them. -MT2008

Go ahead, I just got the DVD recently myself, and I was going to ask the same thing, but you got here first. Make sure you include that rocket launcher they tried to used on The Abomination when he first appeared, I'm not sure if it's a prop or an actual missle launcher, they have some good shots of it in the movie though.--Alienqueen11 02:42, 25 October 2008 (UTC)

I've been watching and screencapping for an hour now, and one thing that's becoming obvious to me (and which has been sorta obvious for a while) is that my new laptop's GPU is really not so great. The image quality of most of my screencaps has been disappointing. I screencapped New Jack City last weekend, and compared the images I took on my current laptop to some screencaps which I took on my older laptop for another site a few years ago. Even though my old laptop is now 4 years old, it appears to produce better screencaps than my CURRENT laptop!

So if you want to take a few shots and compare them to mine so that we can see whose are better, it wouldn't be a bad idea. I want IMFDB to have the best quality images possible. If your computer produces better ones than mine and you want to put yours up, so be it. -MT2008

Here's two I took from the Campus fight, what do you think?: 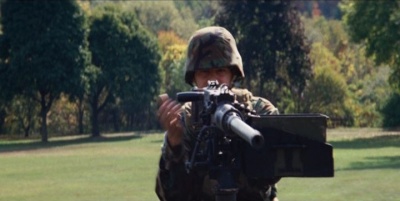 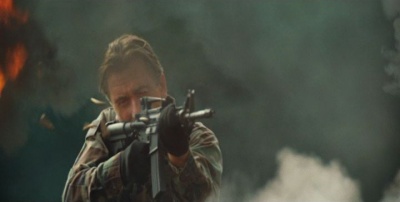 Here are two of mine: 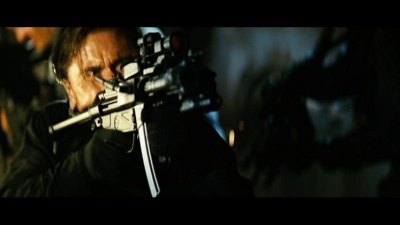 As you can see, the first one in JPEG isn't so great. I started taking some in PNG (the second one), which looks better, I guess. One thing I'd recommend - adjust the aspect ratio on yours so that the image isn't distorted. Like, I should probably edit mine to ditch those black bars. -MT2008

I'm not really sure how to adjust the Aspect ratio, I have a Pan & Scan thing, but I tried that once, and it looked awful. I use CyberLink PowerDVD for my Screencaps, I noticed one time when I took a screencap for Aliens vs. Predator: Requiem, they appear to be slightly stretched, so it looks like you win. As for the black bars, whenever I do a widescreen movie, I just crop out the bars, if you like I could take them out of your screenshots and reupload them.

I dunno, it's just that a lot of the shots you've taken in the past are really good quality. If you figure it out, yours might be far superior to mine, in which case, I'd rather have yours. Not sure how CyperLink works (I don't use it myself), but is there a video option? Aspect Ratio is usually under that menu.

I also have it, I bought it the first day but I already had two movies saved in full and didn't need anymore work. If anyone needs extra shots let me know. -GM

The stretch thing isn't anything really noticeable, you need the movie and the screencap side by side to notice anything. I can't seem seem to find anything that says video at all, I can zoom it in and stretch it to fit the monitor, but that will just lower the quality of the screenshots. Anyway, do you want dibbs on the page, or would you like me to upload some of my own?--Alienqueen11 04:07, 25 October 2008 (UTC)

Well, for now, I will do it, unless you really want to instead. But if not, I do give you free reign to supplement my shots with any of your own that you feel are superior or necessary. -MT2008

I will upload extra shots shots when your done, you know that rocket launcher they attempt to use on The Abomination? Well, if it's okay with you, I would like to include a shot of The Abomination catching the rocket out of the air.--Alienqueen11 04:32, 25 October 2008 (UTC)

I was never lucky enough to catch a convo with this guy before he seemed to have left the site. Question, how do you pronounce his last name? -GM

Beats me. Hopefully he'll be back, because his company has worked on a lot of productions done in Canada, so he could probably answer lots of questions about guns in some of his movies. -MT2008

Does anyone know what these are?

Take a look at this image of Al with the G36C and note the thing on the rear part of the receiver that flashes green and red:

Any idea what this thing is? All of the commandos seem to have them on their weapons. I've never seen anything like it.

It's a radiation sensor to track Banner.MoviePropMaster2008

They probably have something to do with the tranquilizer system.

All I know is that they flash and beep just before they enter the room.

Maybe they measure gamma levels, so they can find Banner easier. - Gunmaster45

Why is Banner's old style revolver called an M&P? It's not an a M&P. the ejector rod looks like a plain jane Model 10. The M&P had that ejector rod notch cut into the ejector shroud/barrel which added onto the production time and ended costing more due to manhours. The gun that Banner has is a straight line ejector rod model, which makes it a standard Model 10. MoviePropMaster2008

I don't have this film on DVD so can't check myself, but at any point do you actually see the chambers cycle? The reason I ask is that I think that these may actually be cosmetic, and the whole gun is mocked up from a single shot launcher. As far as I can see there are 4 reasons this cannot be a DefTech 37mm MGL. 1: The chambers are too short, although this could mean the 40mm version but I doubt it. 2: In the first and 3rd screenshots you can see that it has an external hammer and the angle of the back of the receiver is too severe. 3: The position of the pistol grip relative to the back of the receiver is wrong when you compare it to the DefTech MGL. 4: Most importantly, you can see that in the last screenshot, the circular bulge that is the actual chamber of the weapon is visible, behind the cosmetic rotating chambers.

I believe that it is actually the Def Tech 1315 pictured below, with either an older, after market or modified stock, with cosmetic chambers and RIS. --commando552 09:58, 7 February 2011 (UTC) 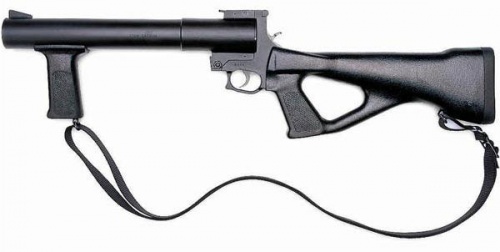 We definitely see the chambers rotating on the launcher that Blonksy uses during the university fight. In a few shots it seems as though he is racking the forward grip back and forth (as though it was a pump action) and that that is what makes the cylinder move. It looks like you're right. Stickie (talk) 16:02, 27 March 2013 (EDT)

I'm not 100% on this (due to the lighting and fast-pace of the scenes in question), but I think the tranquilizers are coming from one of the attachments on the commando'es guns (namely the one that looks like a tac-lit with an over-sized head), not the guns themselves. BigD, 10-23-2012, 20:06

The "tac-lit with an over-sized head" is a flashlight. They're using tranquilliser ammunition in regular guns. The Wierd It (talk) 12:48, 24 October 2012 (EDT)