The attack helicopters are Apaches, and the tank appears to be a British Chieftain. The machine gun is definitely not an MG34. --Funkychinaman (talk) 09:54, 5 February 2016 (EST)

This weapon isn't a 37mm AA, rather it resembles a small AT gun. 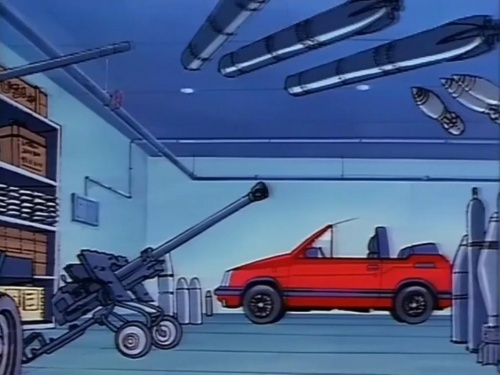 My guess it a German 2.8 cm sPzB 41. While the standard version of this weapon had larger wheels, a version that looks similar to the screen image also existed: a 2.8 cm sPzB 41 leFl 41 (2.8 cm schwere Panzerbüchse 41 auf leichter Feldlafette 41), a variant for paratrooper units that had lightweight carriage without suspension and with small rollers instead of wheels. Greg-Z (talk) 14:50, 5 February 2016 (EST)

And the pistol No 9 in Geppetto base looks more like a pistol version of Remington Rolling Block rather than a Howdah. Greg-Z (talk) 14:57, 5 February 2016 (EST) 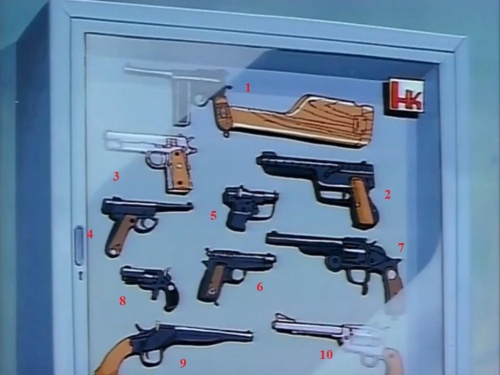 In the tank image there is also an Alvis Stormer equipped with an octuple Starstreak HVM launcher: 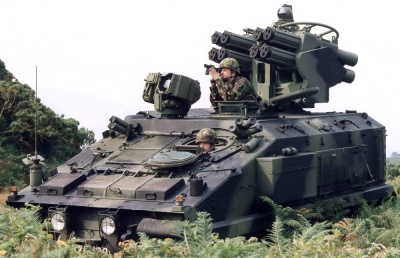 Also, with the rack of muzzle loading weapons in Geppetto's base There are a few corrections, firstly the "Percussion Cap Pistol" is more specifically a Philadelphia Derringer, secondly the "Wheellock Pistol" looks more like a multi barrelled flintlock rifle of some sort, and lastly the "Tanegashima" looks more lick a fully stocked matchlock musket. I think that the last part of this series could also do with being split up into categories as it is a bit of a mess as it stands.--commando552 (talk) 15:12, 5 February 2016 (EST)

I think the flintlock is an Artemus Wheeler Carbine:

It is the armoured vehicle directly behind the Challenger 2 in this shot: 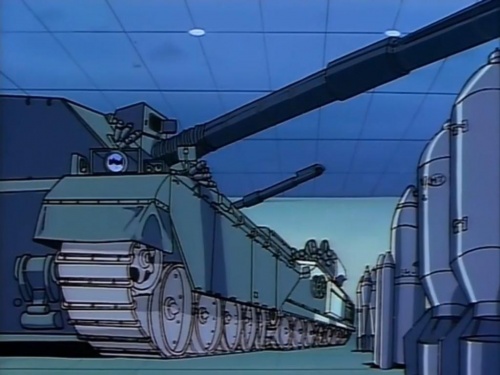 You can see that it has the 8 shot (2 pairs of four) Starstreak launcher on the roof, along with the same storage bind and racks on the side of the vehicle. The one pictured here also has a spare road wheel on the side which is not present on the stock image of the Stormer, but they did normally have them and you can see the pegs where it would be mounted. The Stormer in this looks a little different as it is missing the sensors (most likely it is modelled off of a museum piece which has had them removed when it was retired), and the stock image has the wire deflectors (the two semi circular steel frames on the top of the turret) folded to the side, so the resemblance is clearer in this image (sensors removed, wire deflectors in the up position, and spare road wheel carried). --commando552 (talk) 17:16, 5 February 2016 (EST)