Talk:Dirty Dozen: The Deadly Mission, The

Once again, these Thompsons are not M1928s, but rathere M1A1s. Notice the location of the bolt actuators, the lack of a compensator, and the shape of the rear sight guard. --Funkychinaman 07:36, 21 February 2010 (UTC)

As I've said before I know little about firearms and any identifications I make are based on pure happenstance. Rather than risk looking foolish I'll just post all these here as "unknowns" until someone identifies them. - Kooshmeister

During the attack on the St. Francis abbey, the Dozen get pinned down by a pair of Germans operating a belt-fed machine gun up on a balcony, who kill two of their number, until Major Wright disposes of the Germans with a hand grenade. 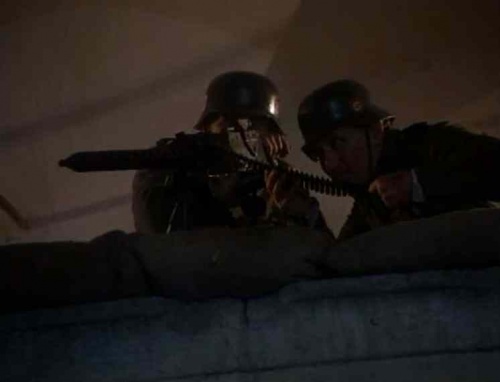 The Germans firing the machine gun. 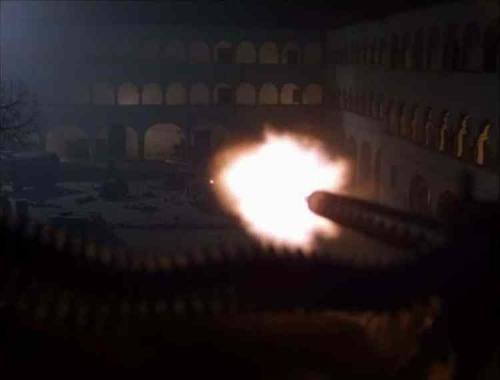 The weapon firing into the abbey courtyard.

It is a M1919 and the rifles used in training are not Springfields they are K98s.

As in The Fatal Mission, the Dozen train using rifles with bayonets on them. I'm unsure if these are the same kind used in Fatal Mission though. 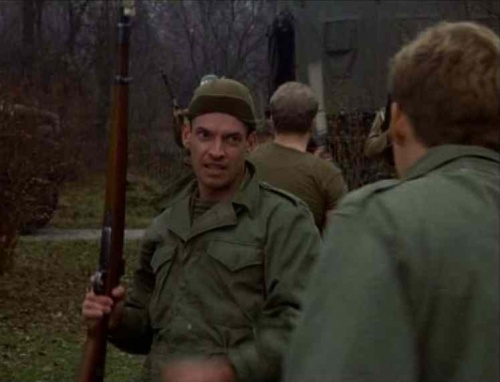 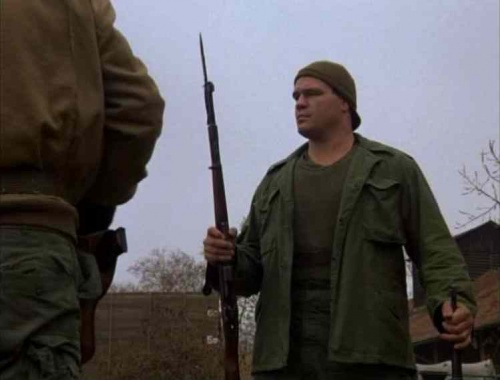 Wallan holding one of the rifles. 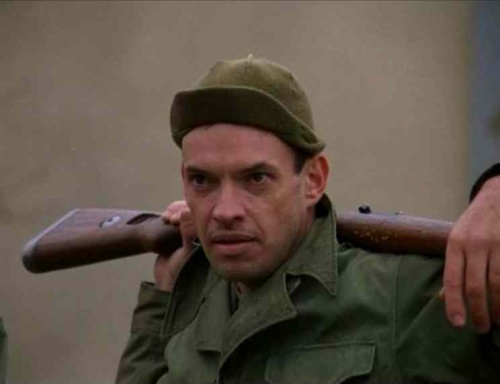 Stern balances his rifle on his shoulders.
Retrieved from "https://www.imfdb.org/index.php?title=Talk:Dirty_Dozen:_The_Deadly_Mission,_The&oldid=379326"