Added the additional weapons, this includes the Pistol, HMG, Rocket Launcher, AT rifle and the Signal Bullet. Need to find the comparision in-game images of the weapons to correspond with real life images. Will update when I can. Draco122 2 December 2009, 10:46

By the design of the handguard, placement of the ammo box beneath the receiver instead of on the side of it, and the positioning of the rear sight, I'm thinking the HMG might be an M249 instead of an M60 Spartan198 17:14, 24 July 2010 (UTC)

Seeing as how it's Capcom who have a reputation for making fictional versions of real world handguns such as the 92FS "Samuarai Edge and the so called "Silver Ghost" of RE fame, I'd imagine they've taken the Desert Eagle Frame as a base and added additional "bits" to it. Hardly what I would call a trademark weapon for the game but it's a start. My vote goes towards just calling it a Video Game Combo Gun. Draco122 12:04, 4 March 2011 (UTC)

There's still some stuff missing. There's a machine gun of some kind on the stern of TRAT's patrol ship, David briefly pilots an RAH-66 Comanche that has (I think) a chin-mounted M197 Vulcan, what appear to be AR-15s with wood furniture can be seen in cases behind the cash register inside the drug store in Edward City, and Dylan uses what appears to be a Bofors 40mm to cover David at the watergate. Also, the pistol grip may be funky-looking, but I'm pretty sure the dead drug store owner's shotgun is a Serbu Super Shorty.

Found a pic of the boat gun. 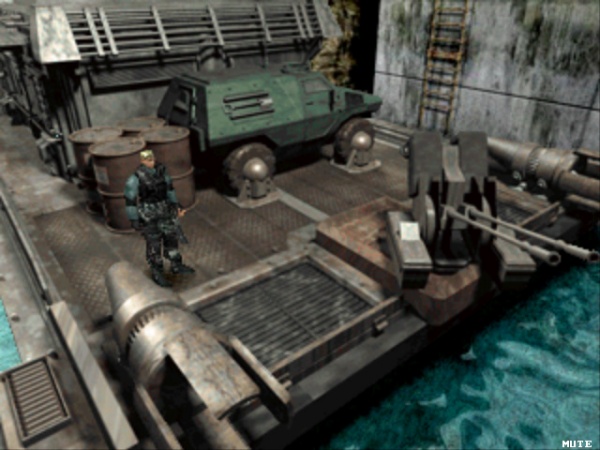