Pistol in the shell

In the pilot you saw a shot through the outer ejection port as Nolan loaded the pistol: 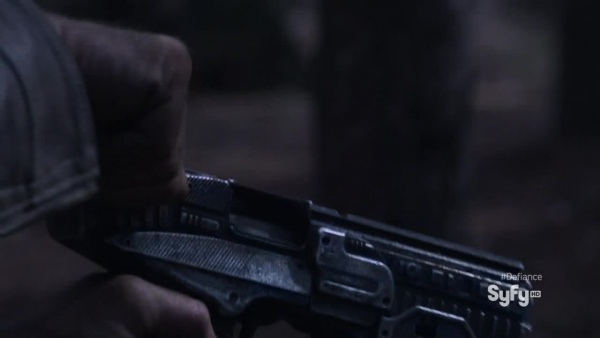 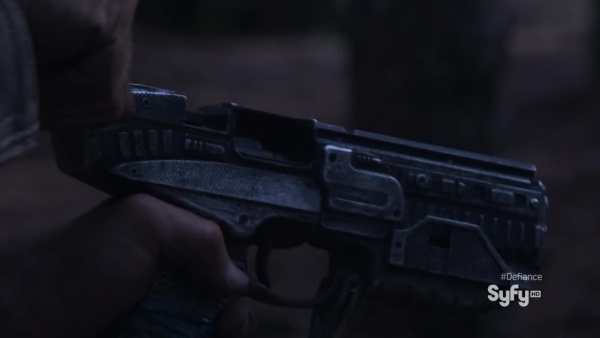 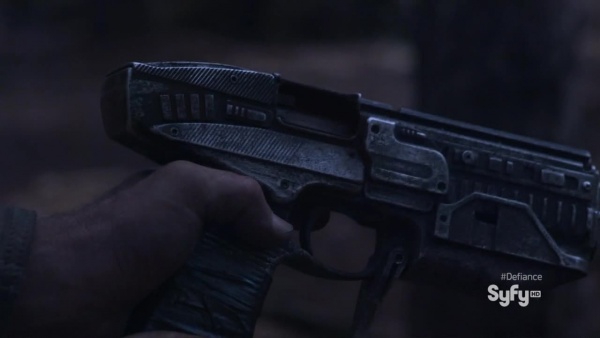 I'm going to agree with Iceman on this one. I too believe it's a Beretta or Taurus 92 series. In the shot showing the extractor through the open ejection port, the extractor looks just like the Beretta. The curve and slenderness of the trigger also looks Beretta. Since the Beretta design runs so good and reliable in a blanked configuration, it seems reasonable to me that this weapon would be based on such a platform. (pak43) 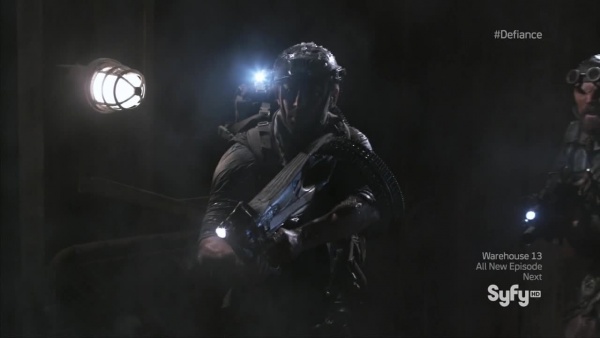 Not a real weapon, but liked the combination of an alien weapon feeding from a human ammunition belt backpack.

I believe this is a Tyr Tactical MICO with either a different ammo chute or with the cover removed. Anyone know if this has been used in anything else? If it is its first appearance in film/TV it is kind of ironic that it isn't actually attached to a belt red weapon. --commando552 (talk) 08:28, 1 May 2013 (EDT)

There are lots more shots of it in the episode but i didn't bother capping them as it wasn't actually a gun, but I'm fairly sure it is a real one as you get a good shot of the back of it and it matches the MICO. I would imagine that the pack is owned by the prop company that provides the weapons for the show and they just happened to use it for this alien gun, as opposed to buying it especially for this non functional gun. --commando552 (talk) 13:01, 1 May 2013 (EDT)

Here are a couple more shots of it, deffinitely a MICO pack: 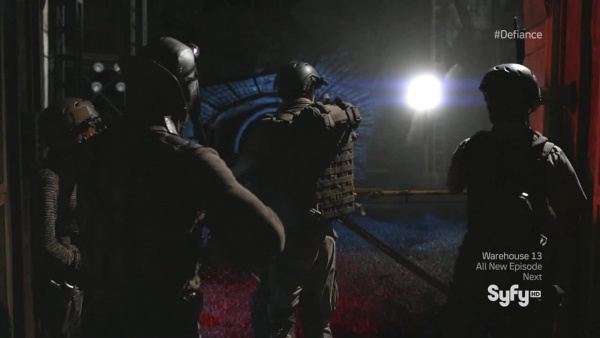 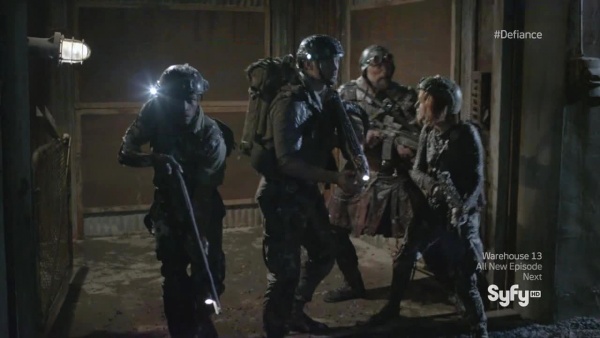 However the belt chute is different. May be remembering wrong, but I believe the majority of the cost of these is the belt feed itself and the adapters, if they were using an old milsurp one it would be much cheaper. Also IMHO the old feed from helicopter door guns like this look much better than the Tyr one which is onther reason why a prop company might go for it. --commando552 (talk) 13:29, 1 May 2013 (EDT)