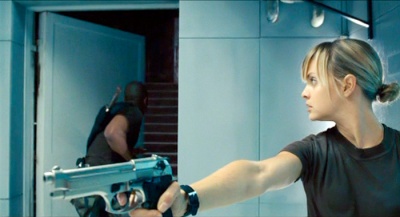 The Trigger Guard looks like a Taurus, but then you can see the slide mounted safety making it a Beretta. I dunno what to think. Could this possibly a Taurus with a Beretta slide?

It could be a Reck Miami 92F, that has a recurved un-serrated trigger guard kind of like the Taurus: 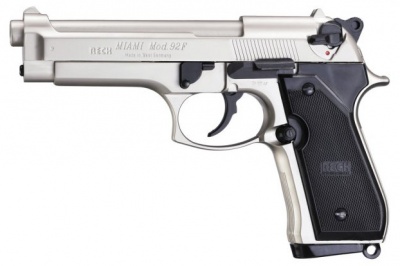 That's how it was initially IDed, and you're the one who changed it :P though I assume it's an artifact of when, for some unknown reason, it had "(Actually milled receiver AK47)" as part of the description. Anyway, the filming location is indeed relevant, not to mention the black furniture and polymer handguard, so yeah I don't see any reason not to ID it as Arsenal AR. --Ultimate94ninja (talk) 12:29, 5 July 2019 (EDT)