I am uncertain now about the identification of these guns, especially the one used by the goon in the chopper. - Kooshmeister

The first pic, look at the trigger guard. It has a slightly longer magazine than the one used in the chopper. The second pic, the stock is in and has a shorter mag, so it has a less pronounced curve. --Predator20 11:23, 23 October 2011 (CDT) 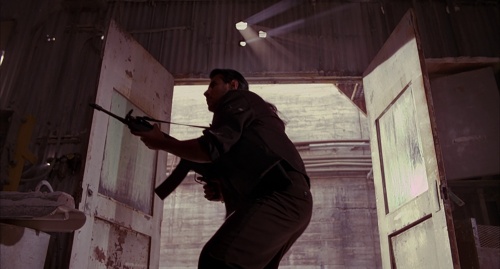 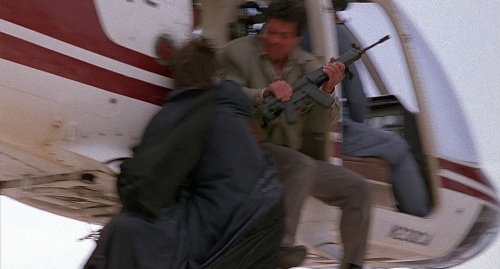 Not a Colt Python?

I found this publicity still of the goon holding Julie hostage where it shows his gun better and now I'm not so sure it's a Python. Kooshmeister (talk) 17:44, 18 January 2014 (EST) 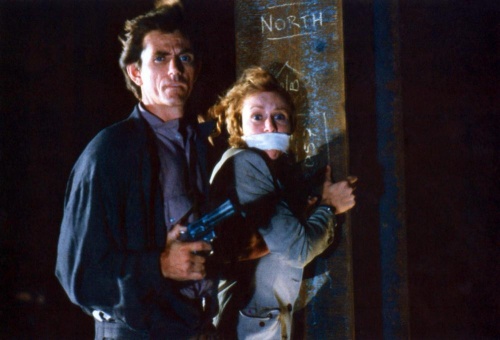 Noticed Rick (Ted Raimi) is holding a different gun in this shot: 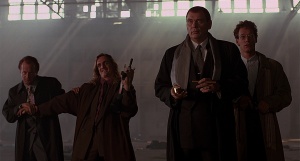