Alright, so I'm taking a short break from the editing to ask for some assistance. First off, could somebody help with writing a summery of the game? I am officially awful at writing summaries for anything so i could do with some help. Here is the game's website and its summery of the game. Secondly, the only good image of the cover art for this game that i've found so far is 960x960, will that really work? Third, The MP9. The only way to use that weapon is if you donated cash during the game's development. That is obviously over and since i didn't donate any money i have no way to get good screens of this gun, anyone know any way to get pics of it?--AnActualAK47 (talk) 14:44, 21 July 2016 (EDT)

Also, here is a complete list of the guns in the game.

Capping work that isn't our own? You mean like ever movie, television show, anime and video game on this site? But seriously, it's just an idea if you don't get any volunteers. --Funkychinaman (talk) 16:14, 21 July 2016 (EDT)

How do you add a spoiler warning to a page? The pictures of simon holding the Hi-Power are pretty spoilery, so that why im wondering.--AnActualAK47 (talk) 17:03, 21 July 2016 (EDT)

Well that was quicker than i expected. The page could use a better description, fleshed out overview, an actual image of the cover art and some other small stuff. The only screenshots lacking right now are of the Taurus revolver, Famas, G43 and MP9. Gonna see what i can do about those.--AnActualAK47 (talk) 17:25, 21 July 2016 (EDT)

The M16A2 is not modeled from an actual A2 gun but rather a civvie gun (Clearly one from Stag Arms given the markings) due to the clear showing of 'FIRE' on the selector (FIRE being the only fire mode, for semiautomatic only - Real A2s have 'SEMI' there), looks like they just tacked 'BURST' on there. Another indicator this is a civvie gun is the 'post-ban' bayonet lug delete. Also, if there is no info whatsoever on the Taurus revolver it might be better to just omit that section for the time being. StanTheMan (talk) 02:48, 22 July 2016 (EDT) 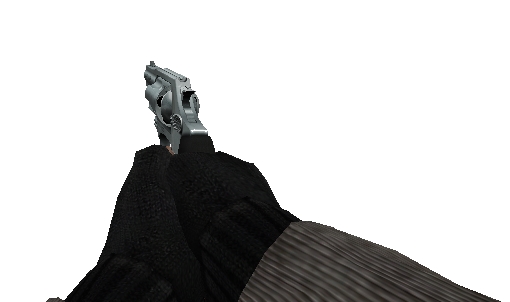 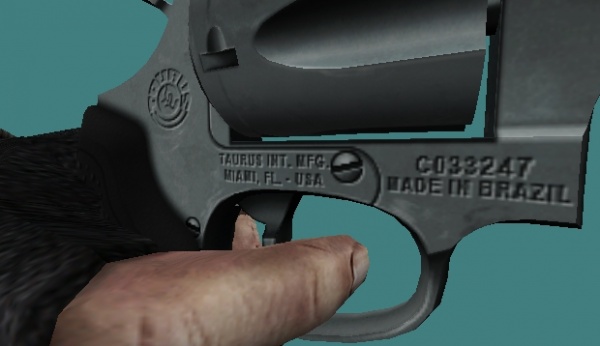 Stag Arms is indeed an actual company. Anyway, if that's what it's called in-game, then I believe the listing should be "Stag Arms AR-15" with "mocked up as M16A2" in parentheses - Ex. "Stag Arms AR-15 (mocked up as M16A2)", with the writeup text noting it is a commercial rifle with incorrect burst option added on to pass for an actual A2. As for the revolver, didn't catch you mentioned the caliber and capacity, bah. Anyway, the Taurus Model 605 is a stainless snub nose with 5 round capacity and .357 Magnum chambering. StanTheMan (talk) 17:00, 22 July 2016 (EDT)

I'd stick with the A2 pic as a reference for the time being. Aside from markings and the aforementioned discrepancies the guns externally look identical, and as it has the burst setting it's still clearly meant to pass/stand-in for a M16A2. StanTheMan (talk) 03:09, 23 July 2016 (EDT)

On the subject of the Taurus revolver, looking up that serial number got me a Model 85. That's only .38 Special rather than .357, but everything else about it looks pretty close to the ingame weapon from what I can find, and it wouldn't be the only fudging they've done with real stats, like the Glock and SMLE's reduced capacities. Kadorhal (talk) 17:33, 22 July 2016 (EDT)

They probably used the Model 85 as the base weapon to model from, if so it should be listed as that instead but note again the discrepancy that it isn't chambered in Magnum. StanTheMan (talk) 03:09, 23 July 2016 (EDT)