In the US, this game was released under the title Conflict: Global Terror, so as per site policy, I've renamed the page and added the US box art to the infobox. Spartan198 (talk) 12:55, 30 January 2015 (EST)

Interesting thing I never noticed on PS2 but now on PC, is that when weapons are fired their barrels heat up when you're using thermal vision goggles. 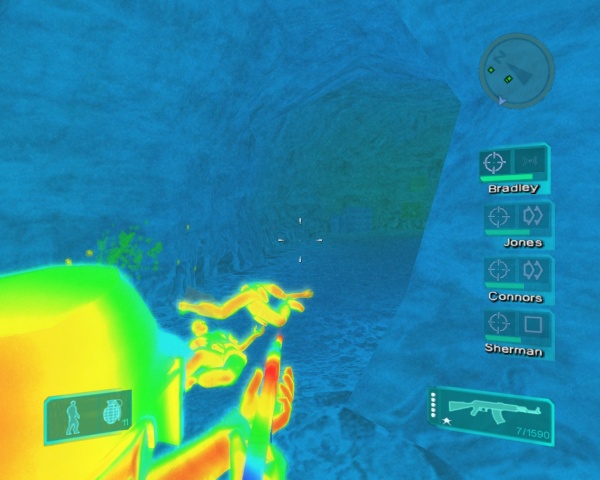 Weapon heated up after shooting... 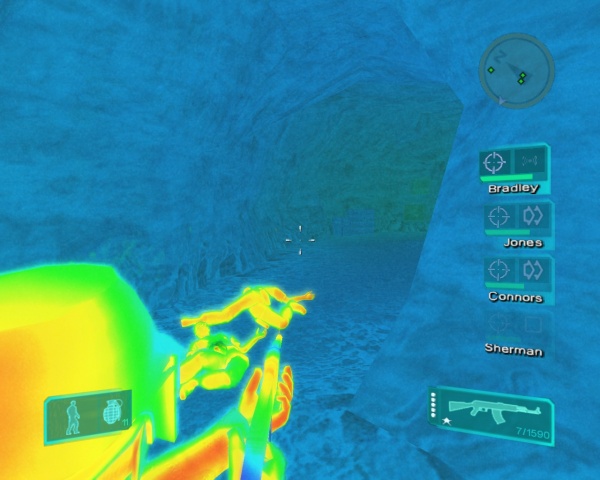 I would have expected this kind of realistic feature with respect to "thermal vision" to have been pioneered earlier in the Aliens Vs Predator games, but it's nice to see it here instead. But does the "changing textures to reflect different heat levels" also apply to human NPCs that are killed and are going cold? Or do they disappear before that happens? --Mazryonh (talk) 03:16, 31 January 2015 (EST)

I think the bodies disappear before turning blue, but if you stare them long enough I belive they don't change their color, just remain yellow/green. --CnC Fin (talk) 08:45, 31 January 2015 (EST)