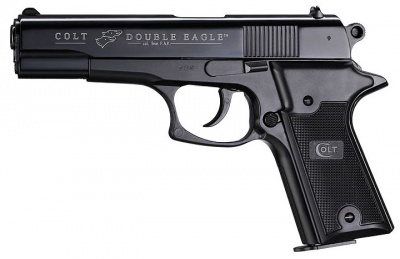 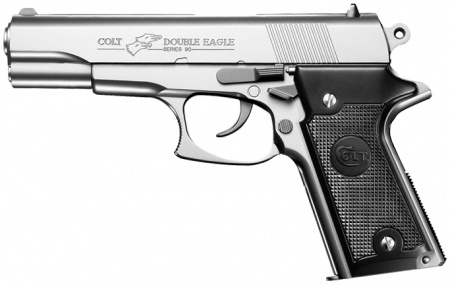 Why did this weapon and other double-action 1911 based pistols not take off better? Were too many people still wedded to the old single-action 1911s? -Anonymous

I think, it happens because of the people's conservatism. But probably there is one or two reasons more. =) Littlesoldier1 08:18, 21 February 2012 (CST)

How are the terms "double-action" and "single-action" in regards to semi-automatic pistols different from the way they're used with revolvers? - User: 2wingo

They're similar in the sense that a single action only drops the hammer, while a double action will cock and drop the hammer. --Funkychinaman (talk) 20:05, 6 January 2013 (EST)

I'm afraid I'm a bit of a novice when it comes to guns; what exactly does that mean? - User: 2wingo