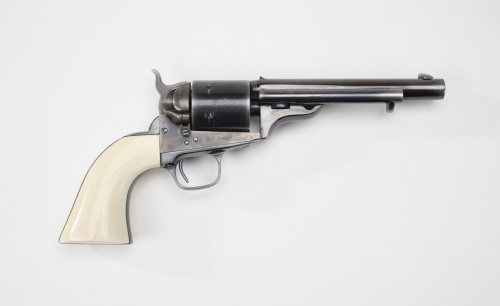 The Colt Open Top was also chambered in .44 Colt caliber, an outside lubricated bullet. The 1860 Colt Army cartridge conversion was chambered for the .44 Colt as well. Some Remington Model 1875 revolvers were also initially chambered in this cartridge. Harleyguy 3 August 2010 13:38

Actually, it's correct that they were made in .44 Rimfire, as were the first commercial SAAs. It was a very popular round at the time, like anything else the Winchester 1873 and it's associated centerfire rounds took some time to gain acceptance. Alot of the reproductions made today are in .44 Colt simply because it's the closest thing to correct they can actually market. Nobody makes .44 Rimfire ammo and there's no demand for it since it's (practically, anyways) unreloadable. - Nyles