Marvel One-Shot: A Funny Thing Happened on the Way to Thor's Hammer 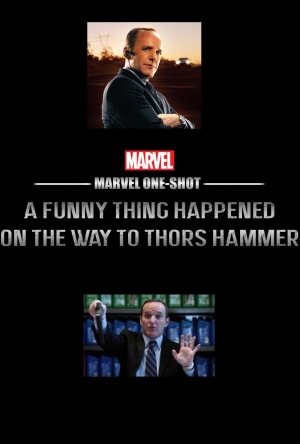 Marvel One-Shot: A Funny Thing Happened on the Way to Thor's Hammer (2011)

A Funny Thing Happened on the Way to Thor's Hammer is the second Marvel One-Shot and was released on the Blu-Ray release of Captain America: The First Avenger. Clark Gregg returns as SHIELD Agent Phil Coulson.

The following weapons were used in the film Marvel One-Shot: A Funny Thing Happened on the Way to Thor's Hammer:

Agent Coulson (Clark Gregg) carries a Glock 17 as his sidearm.

Robber 1 (Jeff Prewett) uses a Mossberg 500 Cruiser with an extended magazine tube and heat shield during the robbery. Coulson later takes it and uses it as a club.

Robber 1 threatens the clerk (Jessica Manuel) with his Mossberg Cruiser.

A shot of Robber 1's shotgun after he fires. Note the Mossberg-style safety. Also note Coulson's Glock at his feet.

Coulson lays the Mossberg Cruiser when he pays for his snacks.

Robber 2 (Zach Hudson) is equipped with a full-sized Mossberg 500 with an extended magazine tube and wood furniture.

Robber 2 threatens the clerk (Jessica Manuel) with his Mossberg.

A shot of Robber 2's Mossberg right before he's stunned with a bag of flour.

A shot of Robber 2's Mossberg right before Coulson dispatches his partner.

Red Skull's Pistol is not a Luger

It appears that the pistol is an entirely fabricated prop, not a converted luger. The image is watermarked so I don't want to post it on the main page. I'm looking for a better shot.--James3 (talk) 13:49, 19 May 2016 (EDT) 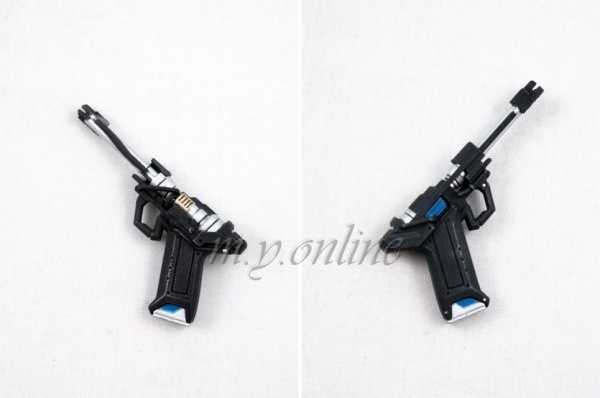 I changed the trench gun entry as it is used by a character called Dum Dum Dugan. He is played by Neil McDonough of band of brothers, on another note im so glad Cap is acking a 1911 as his sidearm--Captain Snikt 08:30, 7 February 2011 (UTC)

I also think the rag tag group of allied troups with the 'custom' weapons are the howling commando's but thats probably for a geekier site--Captain Snikt 08:32, 7 February 2011 (UTC)

If that is Dum Dum Dugan then it is the "Howling Commandos". Whether or not Nick Fury makes an appearance is the other question. --Charon68 11:20, 7 February 2011 (UTC)

Fury is listed on the cast as Jackson has signed for a 9 picture deal with marvel but i dont think we'll be getting sgt fury tho --Captain Snikt 12:25, 7 February 2011 (UTC)

It has been confirmed by the producer that the Howling commandos do feature, and confirmed that Gabe Jones (I believe played by Derek Luke if the rumours are correct) will make an appearance in the film. I would guess that the guy next to Cap with the Thompson is Dino Manelli, and strongly suspect that the guy in the beret with the Sten is Percival "Pinky" Pinkerton. EDIT: Don't think it is Pinky actually, as Union Jack is in the film played by JJ Field, so I reckon they have amalgamated The Invaders and The Howling Commandos. --commando552 12:42, 7 February 2011 (UTC)

the CHARACTER's name is Jim Morita, which would probably imply that he is a Nisei (Japanese American GI fighting in Europe). MoviePropMaster2008 20:34, 7 February 2011 (UTC)

If i remeber correctly he was the leader of a Nisei squadron till he joined Fury's howling commando's --Captain Snikt 01:12, 8 February 2011 (UTC)

The one next to Cap holding the Thompson is Bucky. humanzie3

I don't have enough time to edit the page, but while the guns are fresh in my mind I'll list what I saw that's not on the page already:

If I can remember any more I'll come back and add them. - Gunmaster45

Just got back from seeing it myself, I'm pretty sure I saw Jim Morita (Kenneth Choi) carrying an M3 Grease Gun at one point. The commandos themselves look like they were outfitted with a who's-who of U.S. WWII weapons. I'm also pretty sure I saw some modified FN 303s in there as well. - IGemini

This movie was absolutely AMAZING folks! Never in my life have I been so blown away by one of the best movie-going experiences... this film is truly a film of our time that will be remembered for years to come. And when it was finished, never have I heard the most explosive, pumped, ecstatic, massive, roaring applause at the end of a film. This movie was AMAZING. No doubt about it.

Remember the epic final battle scene, where one of the howling commandos with greaser commanded the assault team (Colonial Philips Infantry) to force entry into the compound. Then after that infantry full-scale attacked the HYDRA. In these scenes a lot of infantry/riflemen are having the Airborne Paratrooper bags on their backs. Does this happen in real WWII or is just that the director overseas it? - S9771773G

No, and this film was one of the most ridiculously inaccurate (regarding things like dress, hair, hats, equipment, uniforms). The director didn't care one whit about historical accuracy. Even with a 'fantasy film' like this, he could have done 'some' things right, like removing your hat/cover when indoors, but No..... Also it was too politically correct. Picking guys from all different races for a commando group is one thing. Having African American MPs guarding high ranking members of the War Department is ridiculous. America was a segregated country at the time and you can make a statement about racial equality without showing the fiction of fully integrated units before they existed..... MoviePropMaster2008 08:01, 10 November 2011 (CST)

Glancing over the images on the page, I stumbled across the customized M1941 Johnson automatic rifle. Not surprised at its usage, it's a much less commonly known weapon with a distinctive profile, a perfect fit for the film. What DID take me aback, however, was its furniture. The scope looked a tad modern (I know, how shocking), but the...the modified PWS Diablo Compensator? And having to do ANY kind of drilling on that piece of history? Really? REALLY?!

Am I the only one who thinks this is possibly the most severe anachronism in movie history? And not having seen the full film, are there any more modifications strapped to that poor, poor rifle? --FiveOne 23:20, 5 May 2012 (CDT)

Why did the Woman in the american army have a walther ppk when that is in fact a Nazi germany pistol. Weren't all German Products frowned upon at that time during the second world war?

Stuff from the special features

In a featurette about the Howling Commandos, Dum Dum Dugan is seen with what appears to be a Colt New Service. Did this shot make it into the final cut? --Funkychinaman (talk) 22:58, 3 November 2013 (EST) 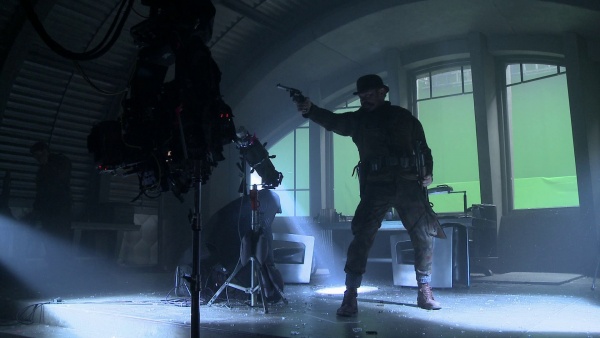 Dum Dum Dugan with his revolver.

Looks like it, the shape of the front sight can just barely be distinguished. It's not in the movie, but it should still be on the page like the M1903 is, so I'm going to add it (as the M1917 Revolver, since its usage here is military-themed). I just can't tell if it's a BtS shot or not, what with HYDRA's advanced technology and all. Are those movie cameras of some kind? The guy in the corner sure looks a bit to relaxed to be soldier when an enemy combatant with a gun suddenly flies in through the window. Spartan198 (talk) 09:20, 27 May 2014 (EDT)

One of Hydra's fancy weapons appears to be an unmodified British FV432 APC. 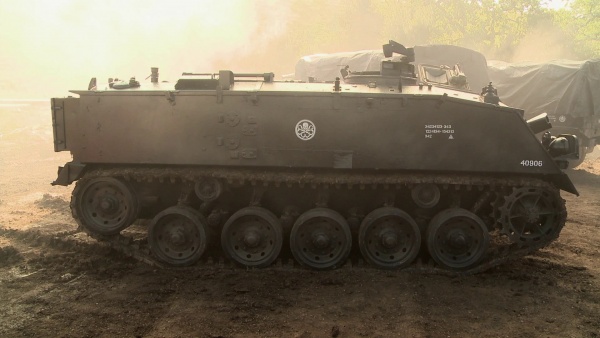 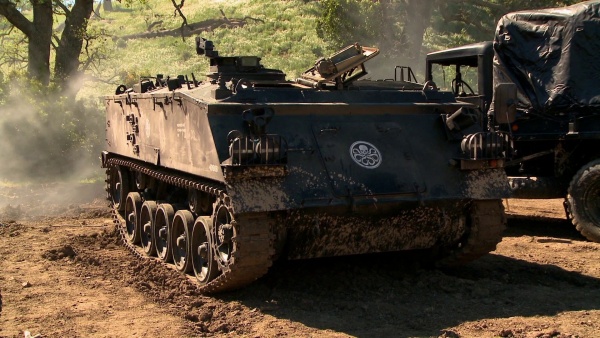