Sorry...there is NO way that is an RPD...just from looking at the screen cap that weapon looks to me like one of the Degtyarev DP series weapons. The pan magazine on top of the weapon is a dead give away. --Charon68 13:53, 21 October 2009 (UTC)

Certainly it is not the same model as was pictured higher. It's the sample of 1944 named DPM (Degtyarev's Infantry Modernised). (More information about it you can find here DPM) But it is still RPD. By the way, all weapon presented in the Fascist's armory is the restored weapon of times of the Second World War found by "black" archeologists. --Alek The Russian 14:29, 21 October 2009 (UTC)

Actually if you look at the the history of the two weapons you would see they are completely separate from one another. Though designed by the same Soviet engineer there are fundamental differences between the two not the least of which was the feed system. The DP series of weapons used a pan feed holding 47 rounds while the RPD used a disintegrating link belt held in a drum like container holding up to 100 rounds. Though there was a variant of the DP design called the RP-46 which fed from a belt rather than pan but it was overtaken by the RPD when mass shipping of the weapon began in the 1950's. I think that could be where the confusion lies, at least for the filmmaker. --Charon68 18:53, 21 October 2009 (UTC)

shoots the car of persecutors by this machine gun.

I edited the Maxim 1910 section because it there were some flaws in grammar that just do not sound right and made it unreadable to the average reader.

Victor has taken away the other pistol from the policeman in the Ukrainian village, not the Beretta 92FS. 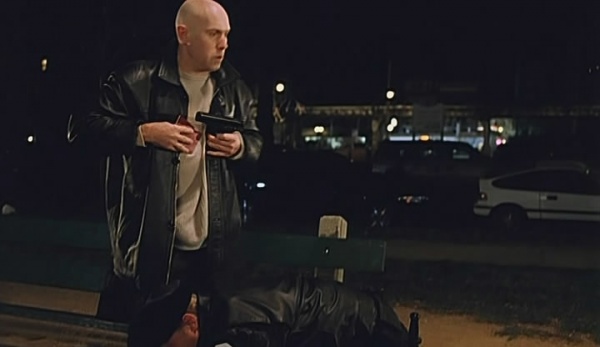 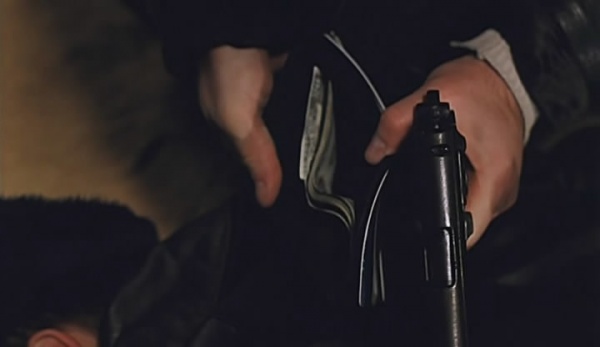 Good view. It is not a Beretta