The main character Train Heartnet uses this custom handgun as his main weapon. Hades is a top-break, double-action revolver, with rich engraving on it's barrel and grip. It has special features like a triangular attachment on it's frame bearing the XIII roman numeral (Train's designated number in Chronos), and a five meter long retractable cord inserted in it's grip.

Hades design is apparently a cross between a double-action revolver and a semi-automatic pistol. It is depicted using short auto-pistol rounds (most likely .45 ACP), instead of long revolver cartridges. 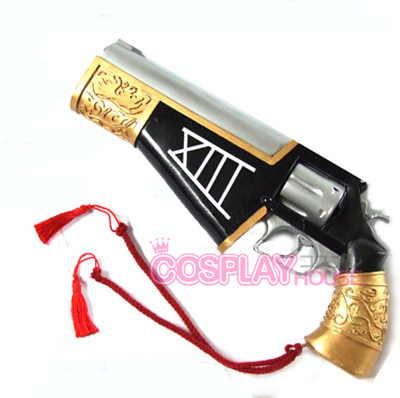 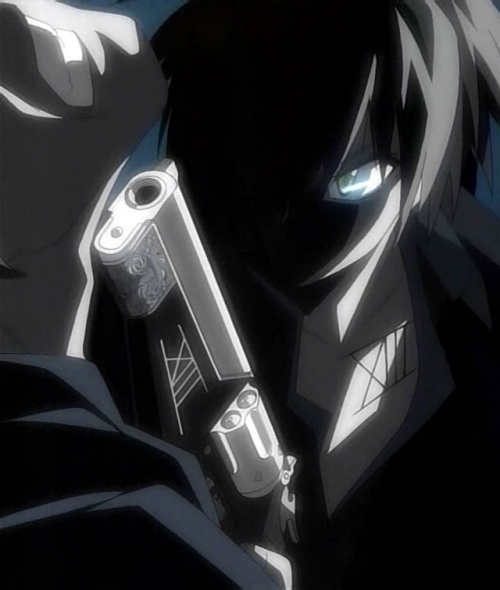 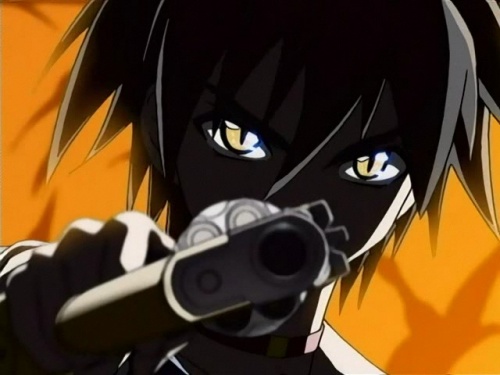 Train aiming at his rival, Creed 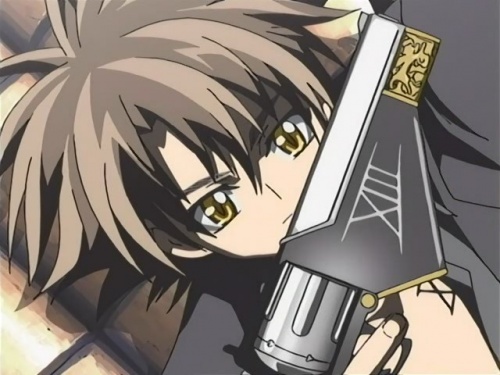 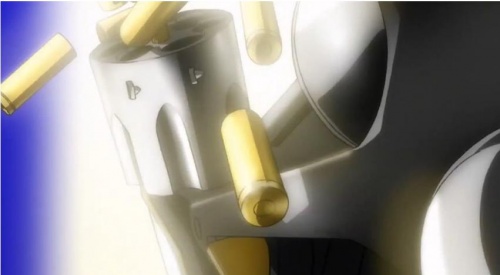 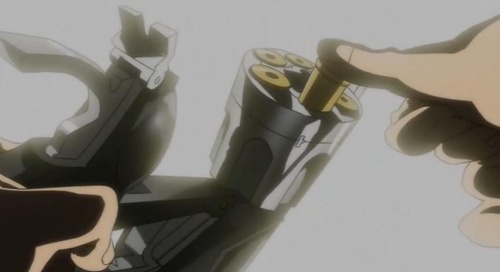 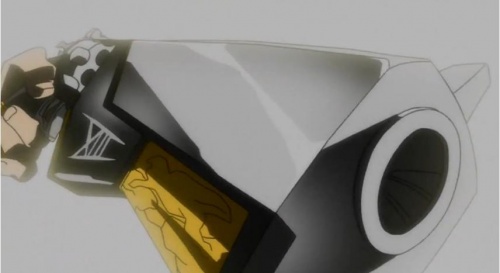 Snapping the barrel back in place 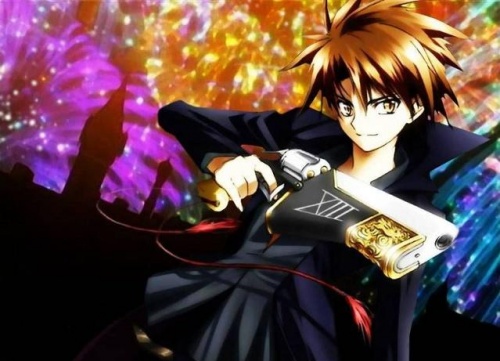