Could that be a Colt New Service long barrel? and not a Police Positive? Even taking the kid's hands into account, that looks too large to be a Police positive. The Police Positive is a TINY revolver. It is the same frame as the Colt Detective Special snub nosed revolver. Thoughts? MoviePropMaster2008 09:34, 3 January 2010 (UTC)

The New Service was what I was first leaning towards. But the front sight looked more rounded. But it's probably the angle of the pic and being up at 2:00 in the morning. Also not knowing the Sig 550 rifle, for the life of me at the time I couldn't figure out what it was. But thanks for your help MPM.--Predator20 16:39, 3 January 2010 (UTC)

Thanks. Well I DO have an advantage. If I'm not sure, I can always walk up to a rack, pull out the very same gun and look at it from several angles (but that still has not saved me from making epic mistakes that other IMFDB members have caught ;) I chalk THAT up to being tired and blurry eyes). MoviePropMaster2008 00:34, 4 January 2010 (UTC) 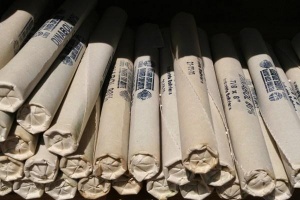 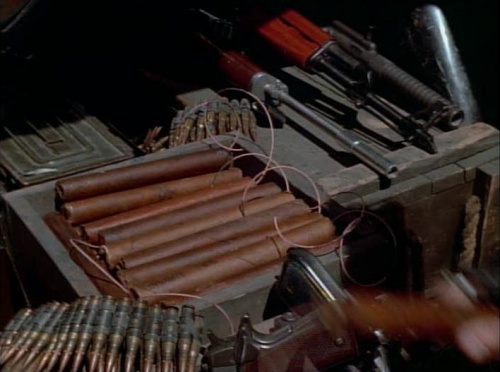 Also visible on the crate behind the dynamite are (left to right) Ruger Mini-14SS with aftermarket Flash hider, Norinco Type 56, Stryker 12 Shotgun (well the barrel and charging handle at least). 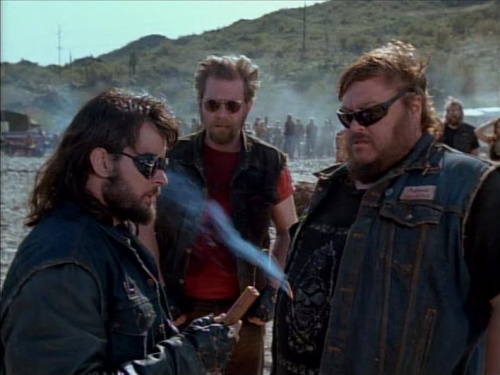