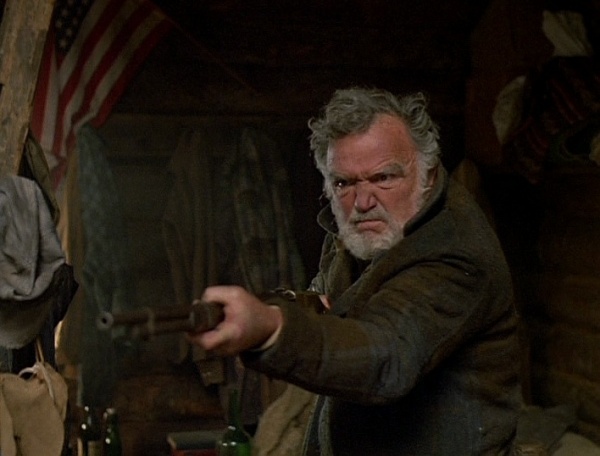 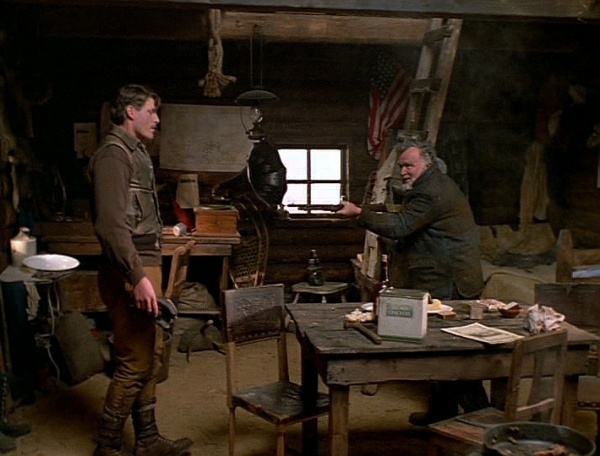 hi, I beleive it's a Winchester 1866, Musket version (bigskyjake)

I think bigskyjake is right. But it's strange because it looks like part of the stock was cut back. Nice touch actually. The firearms that were used by the old trappers, miners, hermits, ect. had some weird shadetree gunsmithing done to them. --Jcordell 23:38, 14 October 2010 (UTC)

cordell, I've seen several versions of the '66 musket in pics and a few have had that part of the forend removed while others had the full length forend and also full length magazine--bigskyjake 23:42, 14 October 2010 (UTC)

As a gun collector (or maybe I'm a gun gatherer) I find the idea of mutilating my firearms to be unthinkable. But I remind myself that to some firearms are nothing more than tools and they'll do whatever they think is necessary to make the weapon more functional. I have a few pieces that I use for work, but even those I leave alone. Oh well. To each their own. --Jcordell 13:29, 15 October 2010 (UTC)