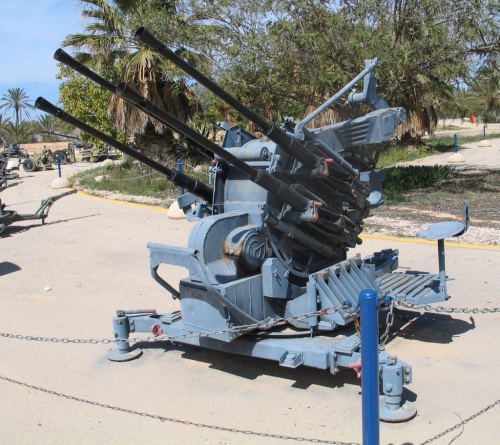 There was a discussion thread here: http://forum.imfdb.org/showthread.php?t=2379

We talked about standardizing the pages for the heavy weapons. The reason I chose the exact name of this page is because it would then be finally standardized with other already existing pages:

This is why I chose the format. Now with your edits the standardization is gone again and everything was worthless what I did.....so can you please undo your edits?

I created the thread in the forums to disuss my changes and additions before I did anything because I KNEW there would be somebody who would disagree (this is ALWAYS the case here on this site). I know that people have different opinions but we have to settle for something sometimes otherwise we will never get any work done and edit those pages again and again and again.... so why didn't you want to leave it as I did it? It made sense, was standardized, I even started a discussion thread for this, it was the most common name used on the Internet and in discussion boards, so what is the reason you thought it would not be ok? I intend to add a lot more guns very soon so we HAVE to agree on a standardization...otherwise this will get a complete mess with every page getting edited a few minutes after I completed my work... Can you please revert your edits?--Hchris (talk) 14:55, 9 February 2015 (EST)

There's not much point in adding 2cm in front of the flakvierling because there wasn't any flakvierling which was a different calibre. And there was no agreement in that forum thread that I can see (you waited what, one hour before making these changes?) and you botched the move, I actually just moved it to where I thought it was before. I prefer a capitalised K with a redirect because FlaK is a semi-acronym like DShK, (and Funkychinaman seems to as well) and I think that would be better as the standard. Evil Tim (talk) 15:24, 9 February 2015 (EST)

I agree with Tim about using the FlaK designation for the page, though technically I would think that would necessitate changing the other Pak entries to PaK, as that I believe is also a similar pseudo-acronym, and we should be consistent. As for this page - I removed the periods in front of the caliber and the multiplication symbols in the Specification categories since those are not correct formatting for the site. I also made a redirect page for 'Flakverling 38' so it can just be typed in directly and link to the appropriate section here on the page (and changed the entry on Band of Brothers to remove the '2 cm' part, as it is redundant, as has been pointed out). I might be able to help with some of the other listings and such when I have free time. StanTheMan (talk) 20:58, 9 February 2015 (EST)