Please make the page before you post it. One sentence with no screencaps is not at all acceptable. Evil Tim 12:29, 3 June 2012 (CDT)

The gun at 0:46 in the trailer looks like a Frankengun. It shows up again at 1:13 just before the rocket hits the camera. I'm not sure but it looks like a cross between a Colt Model 933 and a HK MP5SD. The main receiver looks like the Model 933 part but the barrel looks like the MP5SD part. It might be the HK MP5SD6 with the stock pushed in. If it is the front part of the MP5, the cocking handle is missing. It also looks like it has a rail top and a large rear sight. Again, I might be wrong. --Bad Boy 19:52, 3 June 2012 (CDT) 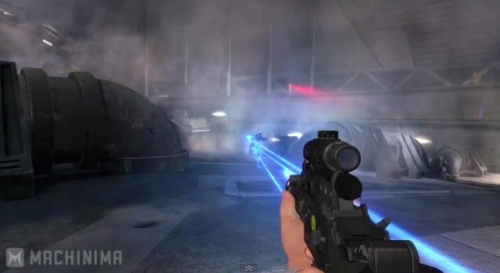 License to Kill and Die Another Day are officially now in the game, and more weapons seen in the trailer to add, if people have the time that I don't have.

Looks like the first shotgun we've seen in any of the trailers, an AK, and more SMGs. Looks like some of these weapons have nice scopes. Hopefully this will release well in October.

Sure this is the ARX? 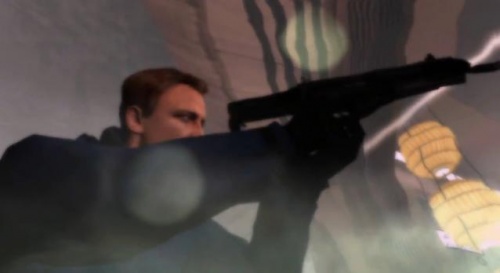 that's an odd way to hold an assault rifle 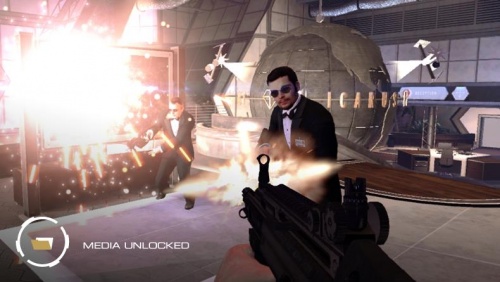 Probably an other picture of out Unknow assault rifle. 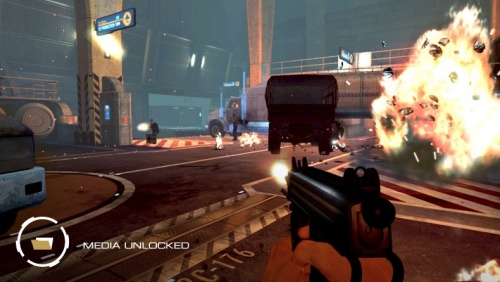 An look like a Mac-10 mixed with TMP, not well made. 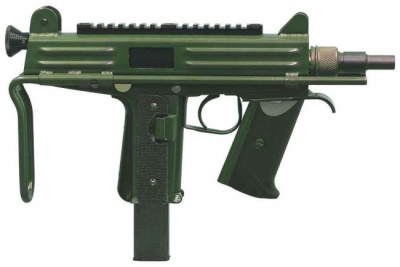 Thanks, I update :) Bison

note the location of the charging handle, shape of the rear of the receiver, and RIS shape.