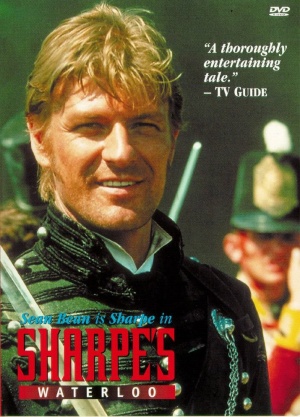 Sharpe's Waterloo is the fourteenth episode of the Carlton UK series Sharpe, starring Sean Bean as Captain Richard Sharpe, the officer of a small Rifles detachment during the Napoleonic Wars. Waterloo was the last episode of the first series of television films broadcast until Sean Bean returned to the role of Sharpe in 2006 with Sharpe's Challenge.

The following weapons were used in the television series Sharpe's Waterloo: 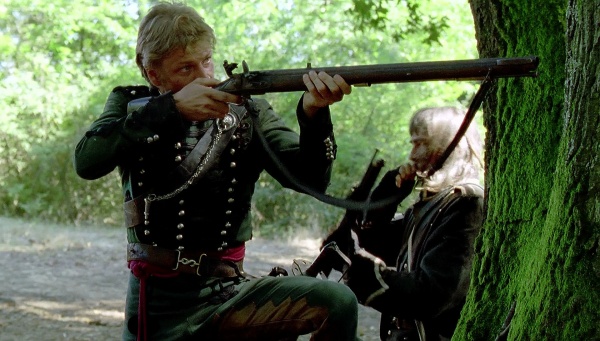 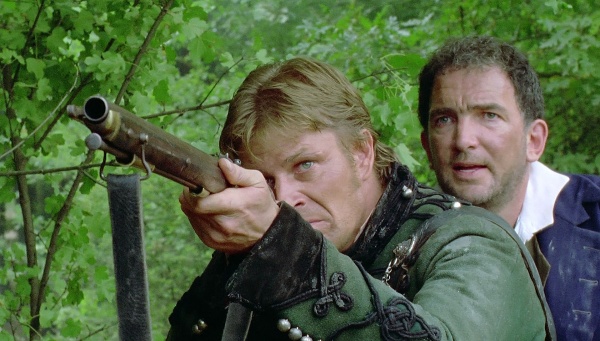 Harper (Daragh O'Malley) watches anxiously as Sharpe prepares to "frag" The Prince of Orange (Paul Bettany).
N.B. Historically, the Prince of Orange was forced to retire from the field during the last stage of the battle, after being wounded in his shoulder, probably by a French skirmisher. 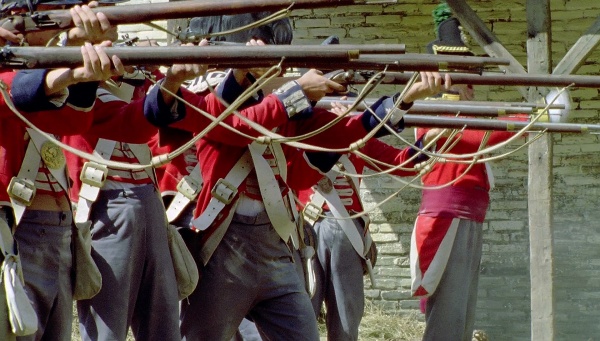 The Coldstream Guards defending the Chateau Hougoumont aim their muskets. 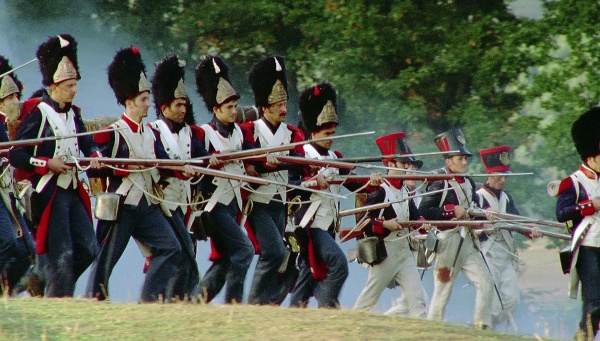 The French Imperial Guard advance during the last stage of the battle. 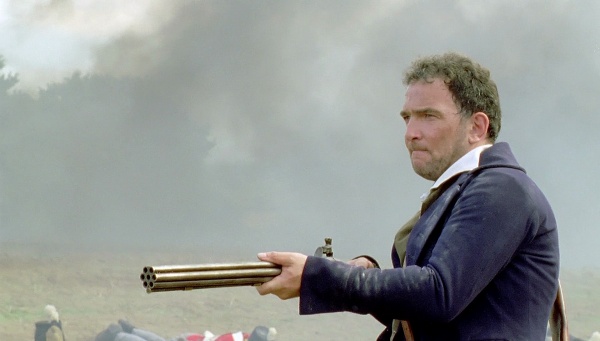 Lord John Rossendale (Alexis Denisof) aims a New Land Pattern Flintlock Pistol at Sharpe, but hasn't the nerve to pull the trigger, and Sharpe rides his horse up to Rossendale's, disarms him easily, and smashes the pistol into pieces against a tree. 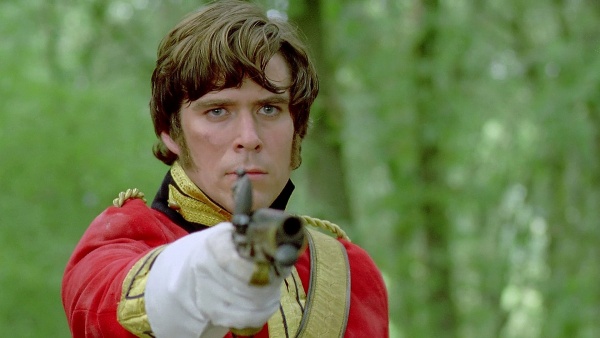 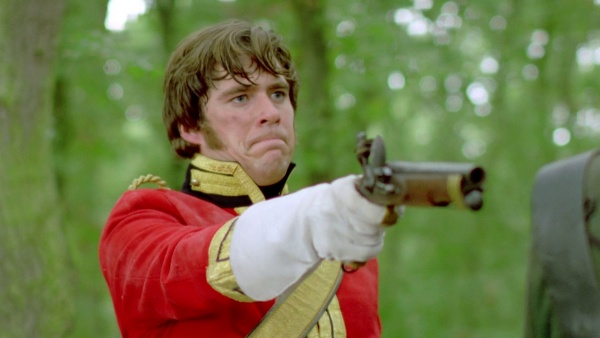 Lord John Rossendale (Alexis Denisof) holds the Flintlock Pistol at Sharpe, but hasn't the nerve to pull the trigger.
N.B. In the book, this scene takes place on 17th June 1815, the day before the Battle of Waterloo, when a torrential rainstorm slowed the movement of both the French and Allied armies. Part of Sharpe's confidence in riding straight up to the muzzle of Rossendale's weapon comes from his belief that the weapon will not fire in the rain, and he does not realize until after taking the pistol that its firing mechanism is a rainproof percussion cap, rather than a flintlock. 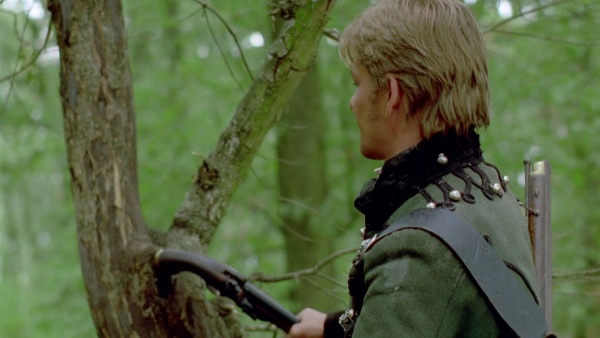 Sharpe disarms him easily, and smashes the pistol into pieces against a tree.
Retrieved from "https://www.imfdb.org/index.php?title=Sharpe%27s_Waterloo&oldid=1158788"
Categories: