The Sea Outpost (Morskoy post) is a 1938 Soviet adventure movie directed by Vladimir Gonchukov. The movie depicts a Soviet-Japanese border conflict including the arrest of a Japanese Navy intelligence ship disguised as a fishing vessel by Soviet patrol boat and the Japanese direct attack on the Soviet outpost on a small island.

The following weapons are seen in the movie The Sea Outpost (Morskoy post): 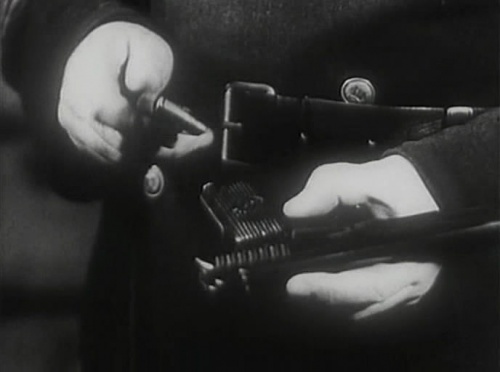 Petty officer Matveev (Nikolai Ivakin) loads his TT-33. The shape of the grooves on the slide is typical for early version of TT. 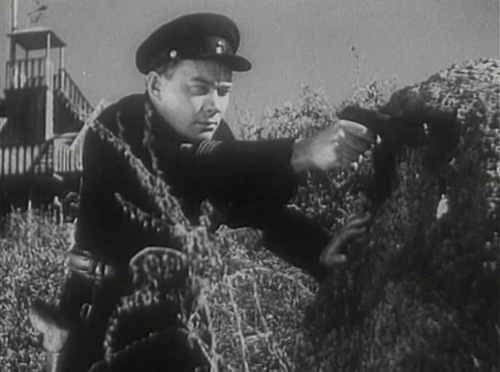 Japanese officer (Pyotr Arzhanov) is armed with Mauser C96 pistol. It looks like a "Bolo" model with 3.9" barrel. 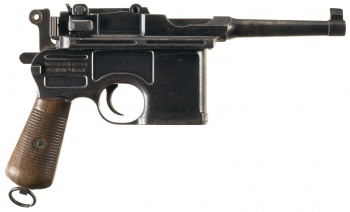 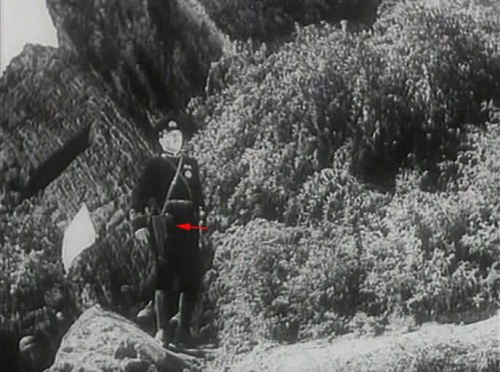 Mauser wooden holster is seen at the side of the officer. 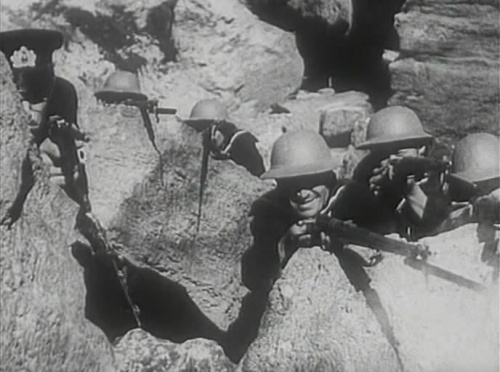 Japanese officer (Pyotr Arzhanov) with Mauser C96 pistol (at the left) and his soldiers with Arisaka Type 38 rifles. The barrel of Mauser isn't seen very clear but it seems to be shorter that a standard version. 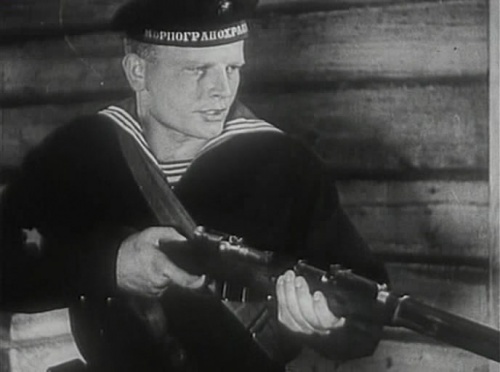 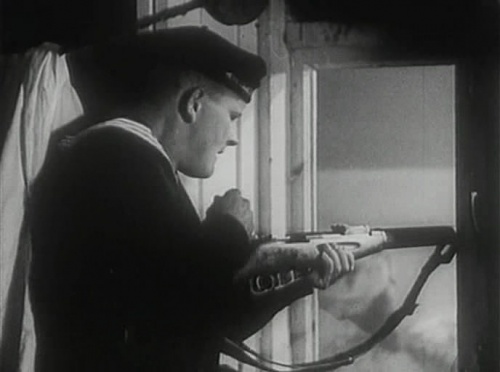 The same man reloads his rifle. 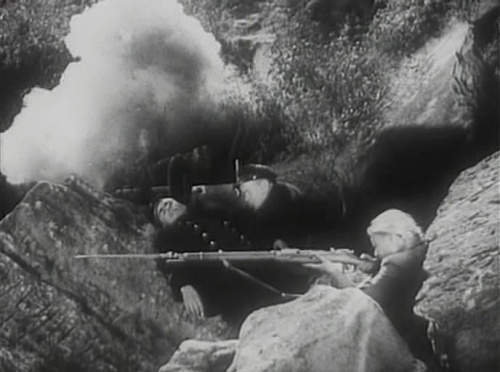 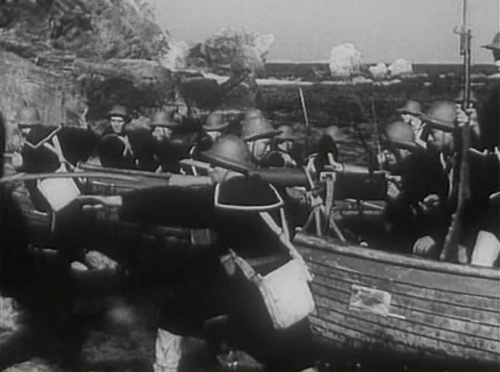 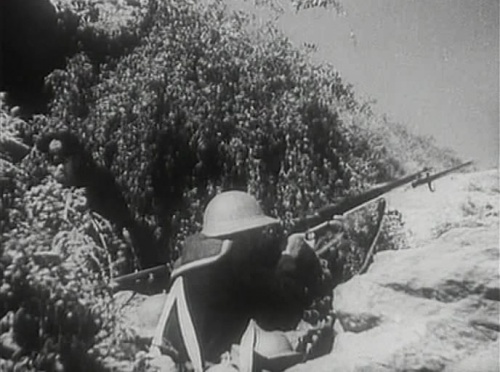 Japanese officer with Mauser C96 pistol (at the left) and his soldiers with rifles.

Maxim M1910 machine gun is used by Soviet border guards. Its smooth water-jacket is typical for Maxims manufactured during the WW1 and in early 1920s. Another Maxim, roughly disguised as German MG08 and mounted on a tripod, is used by Japanese marines. 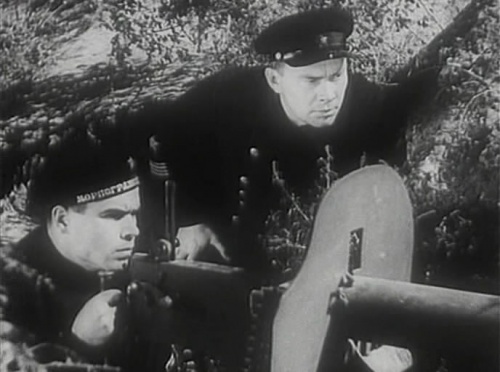 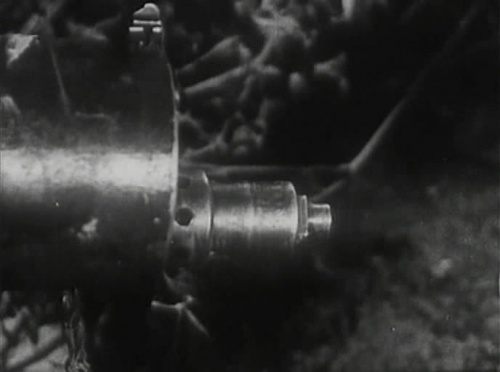 A close view on the muzzle. 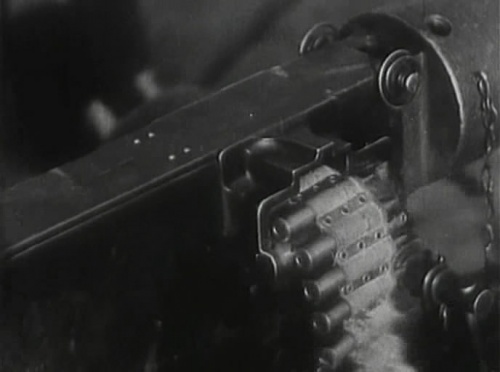 A close view on the belt. 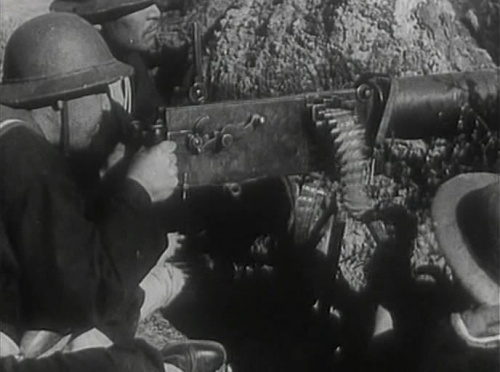 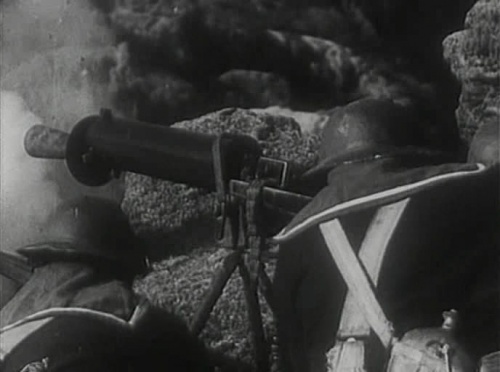 A view on the barrel of this machine gun. Note that it is roughly disguised as German MG08. 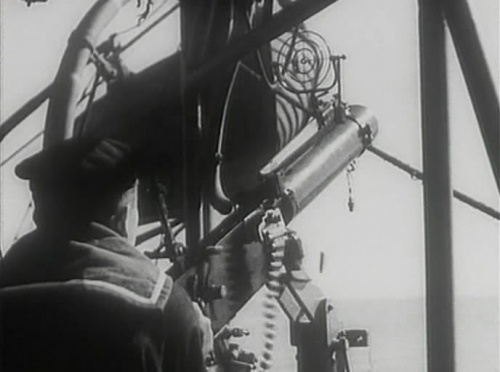 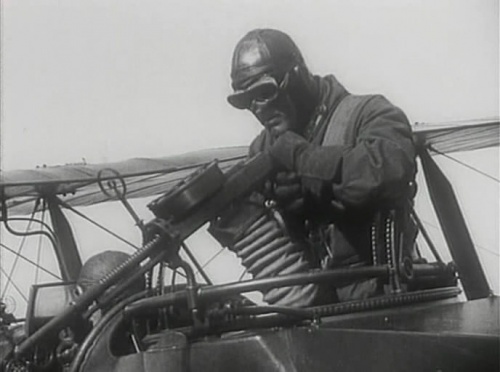 The gunner fires his DA machine gun at the Japanese marines below. 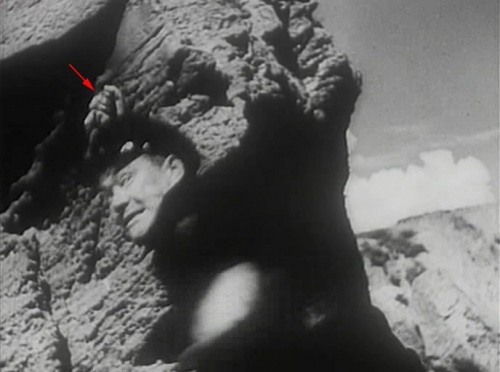 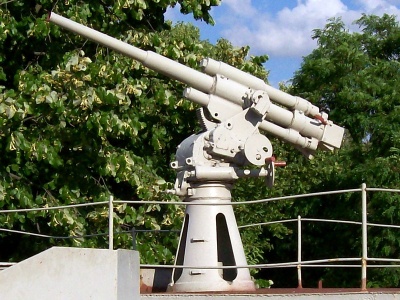 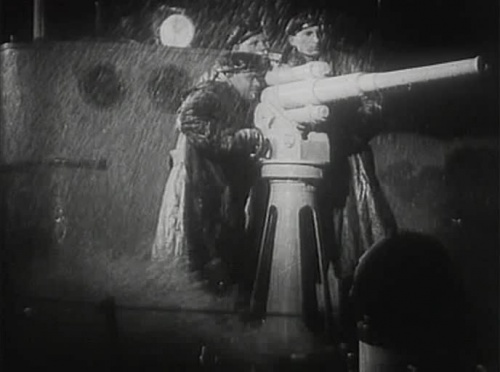 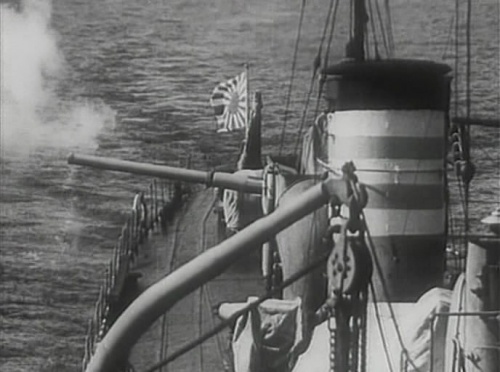 102mm (4") gun is mounted on the Uragan class guard ship that appears as Japanese destroyer.
Retrieved from "https://www.imfdb.org/index.php?title=Sea_Outpost_(Morskoy_post),_The&oldid=1386835"
Categories: