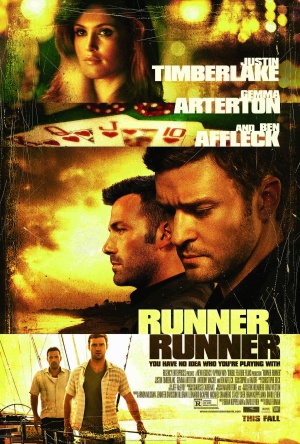 The following weapons were used in the film Runner Runner:

The Glock 17 is seen throughout the film, notably held by Agent Shavers (Anthony Mackie).

Richie (Justin Timberlake) is threatened with the Glock.

The M4A1 is seen carried by federales.

An officer carries the M4A1.

The M16A1 is seen carried by federales.

A federal officer carries the M16A1.

A federal agent carries the HK416.
Retrieved from "https://www.imfdb.org/index.php?title=Runner_Runner&oldid=899777"
Categories: