The Rope and the Colt (Une corde, un Colt...) is the 1969 French/Italian/Spanish spagetti western, directed by Robert Hossein and stared Robert Hossein as Manuel and Michèle Mercier as Maria Caine. This film was also released in English under the title Cemetery Without Crosses.

The following weapons were used in the film The Rope and the Colt (Une corde, un Colt...):

Single Action Army revolver is the standard attribute of the westerns. The main hero Manuel (Robert Hossein) fires it many times throughout the movie. All men of the Rogers family (Will Rogers (Daniele Vargas), Larry Rogers (Serge Marquand), Frank Rogers (Pierre Hatet) and Bud Rogers (Philippe Baronnet)) uses it throughout the movie. Sheriff Ben (Pierre Collet) as well as his tipstaff (Álvaro de Luna) carries Single Action Army into their holsters as their duty sidearms. Ben Caine (Benito Stefanelli) tries to draw it, but he was disarmed. Thomas Caine (Guido Lollobrigida) and Eli Caine (Michel Lemoine) carries this weapon into their holsters. Also two of Vallee brothers (Ivano Staccioli and José Canalejas) and another gunmen are seen pulls this revolver. 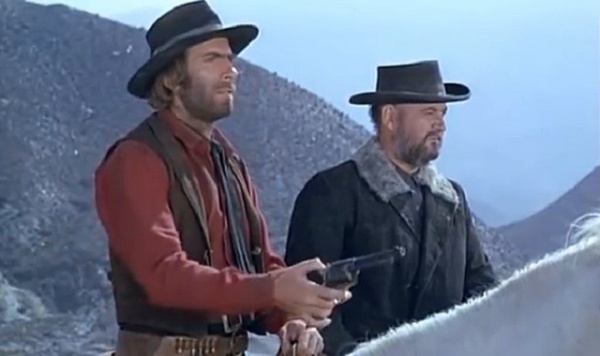 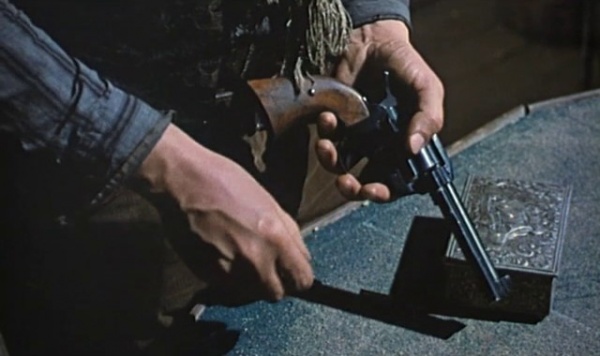 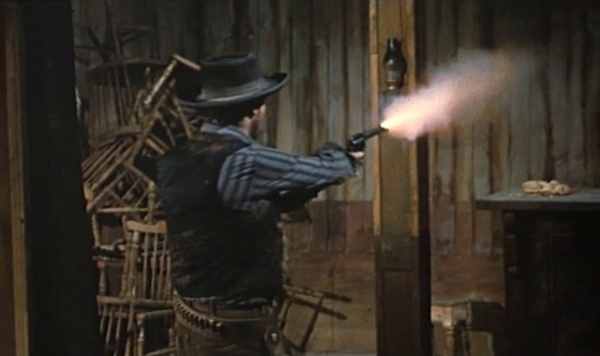 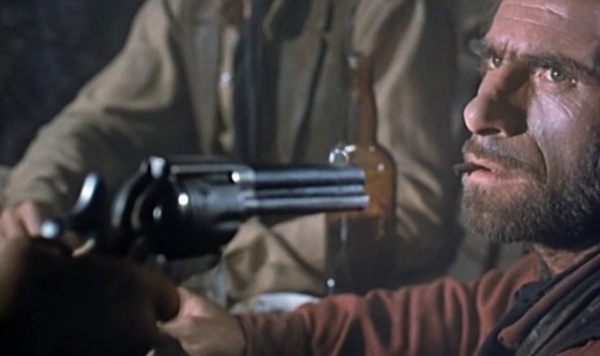 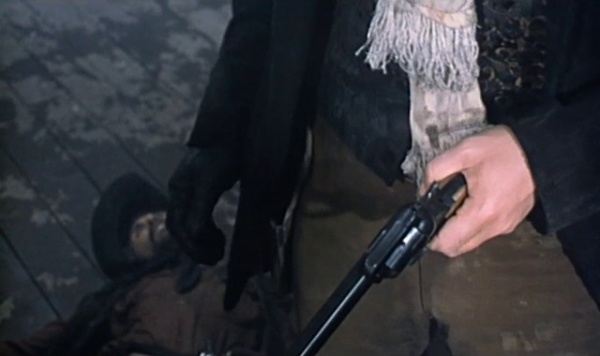 Manuel pulls his gun and kill all Wallee brothers. 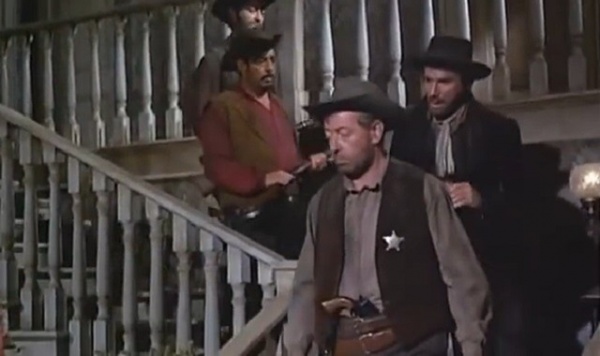 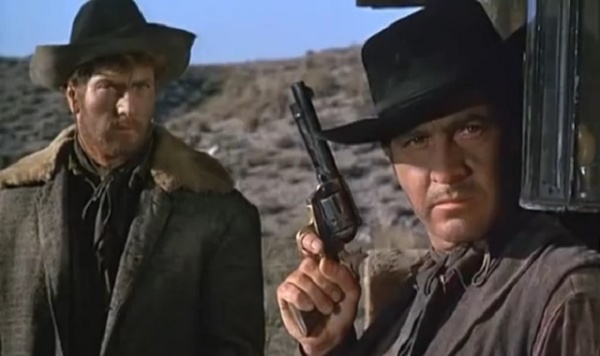 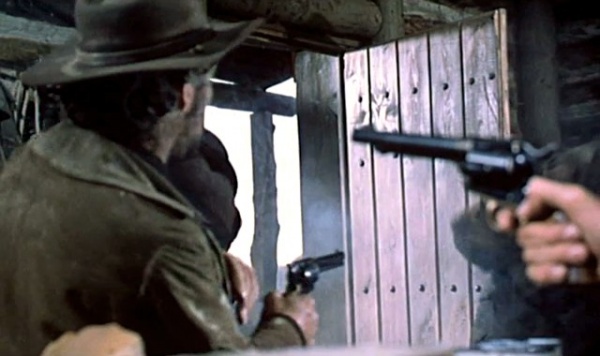 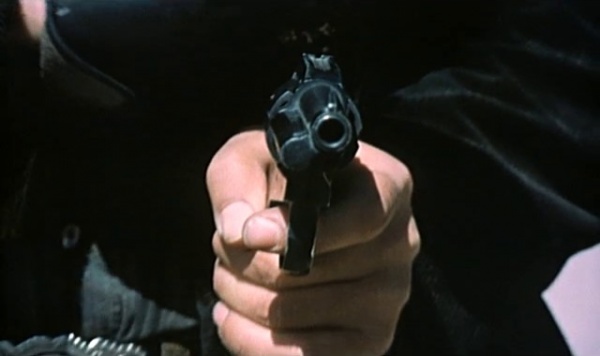 Close view of the SAA in the Manuel's hand. 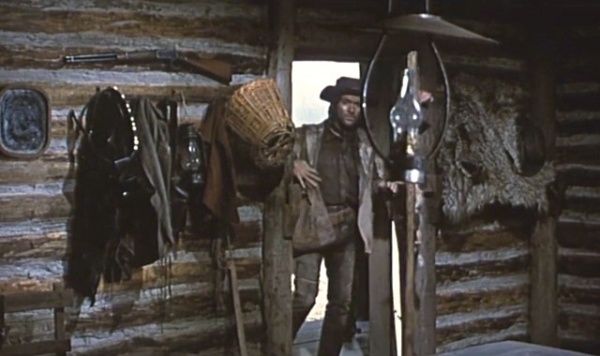 Winchester Model 1892 hanging in Maria's log cabin on the wall. 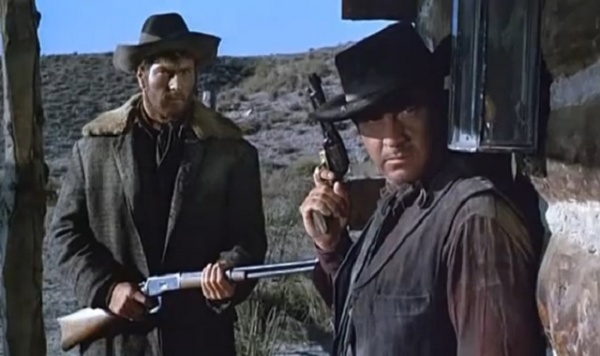 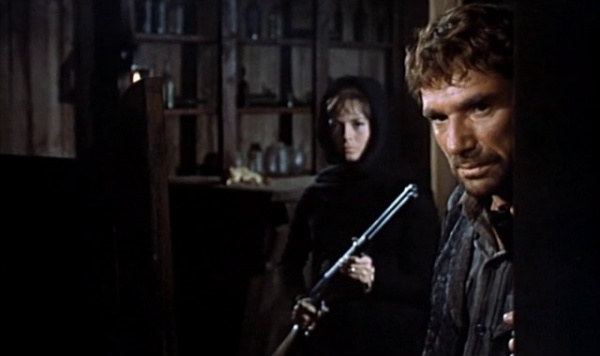 Maria with her rifle in hand. 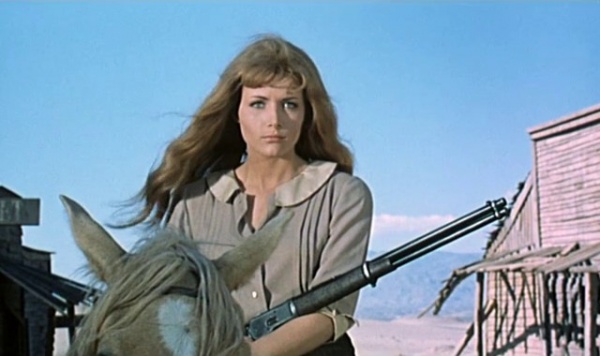