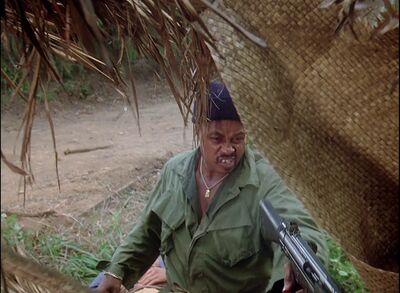 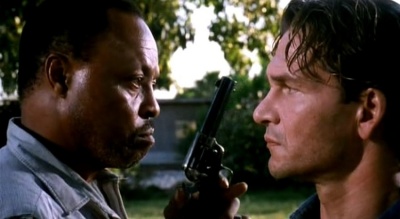 Roger E. Mosley holds an SAA "Quick-Draw" revolver as Horton in Letters from a Killer (1998).

Roger Earl Mosley (December 18, 1938 – August 7, 2022) was an American actor, director, and writer best known for his role as the Vietnam veteran helicopter pilot Theodore "T.C." Calvin in the CBS television series Magnum, P.I., which originally aired from 1980 until 1988. In addition to Magnum P.I. he appeared in numerous other television and movie productions including Unlawful Entry , Letters from a Killer and Las Vegas . He died on August 7, 2022 from injuries received in a car crash three days earlier in Los Angeles. He was 83 years old at the time of his death.