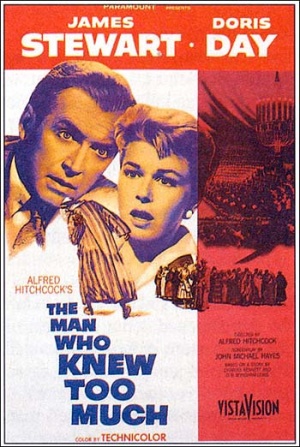 The following weapons were used in the film The Man Who Knew Too Much:

The assassin Rien (Reggie Nalder) uses a Lahti L-35 to try and kill the visiting Prime Minister (Alexis Bobrinskoy), missing and only hitting him in the arm. The Lahti appears to be a Swedish L40, judging by a heavy "nut" on the barrel where it screws into the front of the cannon. 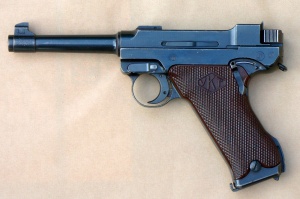 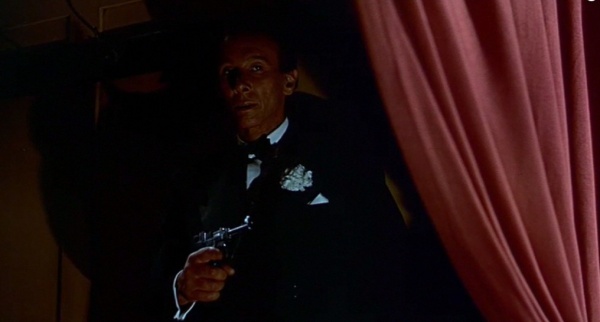 Rien takes the pistol from his jacket. 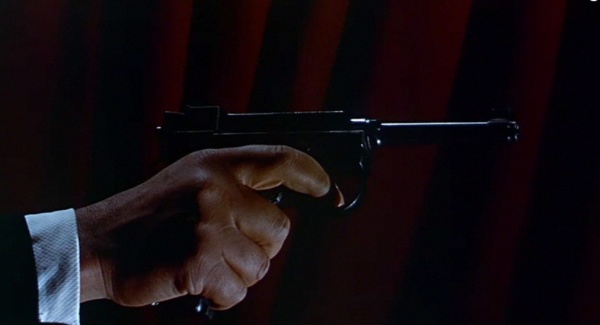 A profile of the pistol as Rien raises to fire.

At the end of the film, Edward Drayton (Bernard Miles) confronts Benjamin McKenna (Jimmy Stewart) with a Mauser 1910. 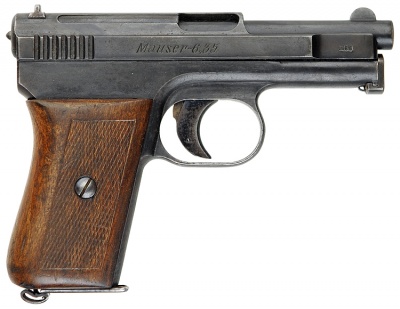 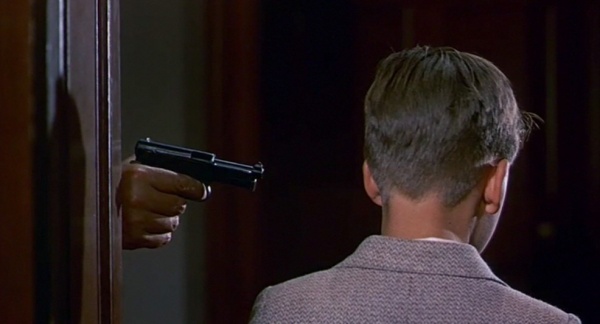