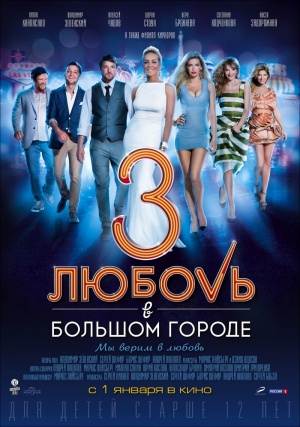 Love in the City Part 3 (Lubov v bolshom gorode 3) is a 2013 Russian romantic comedy directed by Maryus Vaysberg (Hitler's Kaput! (Gitler kaput!)) and starring Aleksey Chadov, Vladimir Zelenskiy and Ville Haapasalo. The film tells about the complexities of fatherhood and that comes when your wishes come true in the literal sense. It is the sequel to previous two films that appeared in 2009 and 2010.

The following weapons were used in the film Love in the City Part 3 (Lubov v bolshom gorode 3): 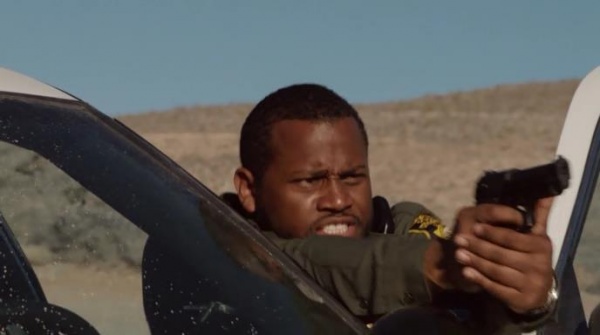 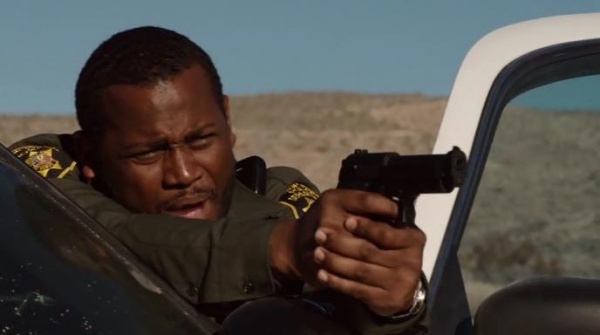 Katya (Vera Brezhneva) seen with the Colt 1851 Navy revolver in a holster during a meeting with Oleg (Igor Jijikine). Angela Blake (Sharon Stone) also uses engraved revolvers during the filming of perfume advertising. Artyom (Aleksey Chadov) and Sauna (Ville Haapasalo) also have revolvers during a confrontation with police. 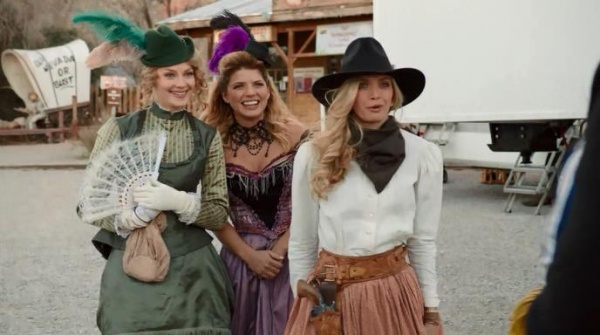 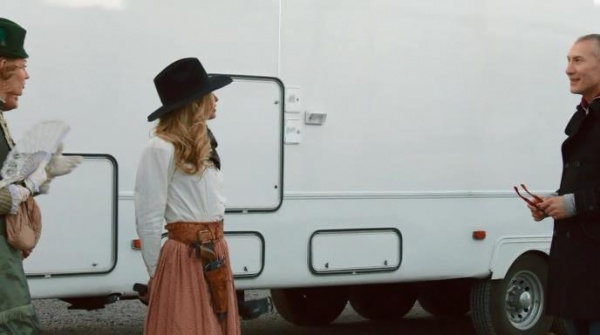 Another view of Katya's revolver. 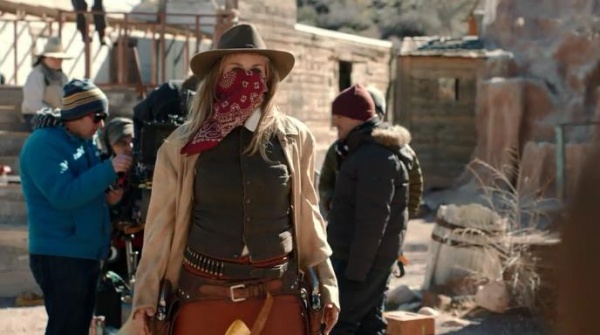 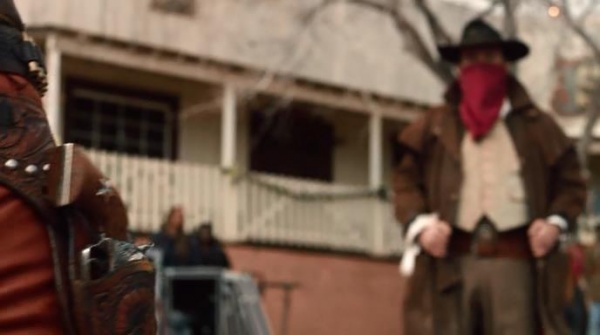 Close-up of one of the revolvers. Readily visible engraving. 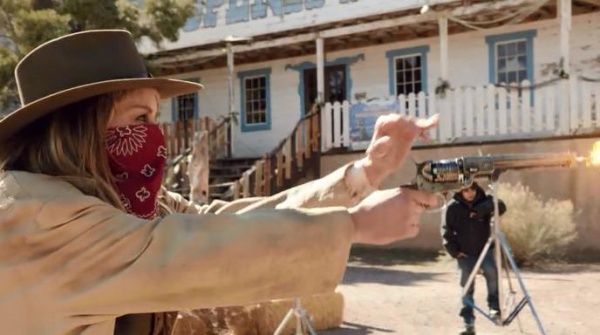 Angela shoots from her revolver. 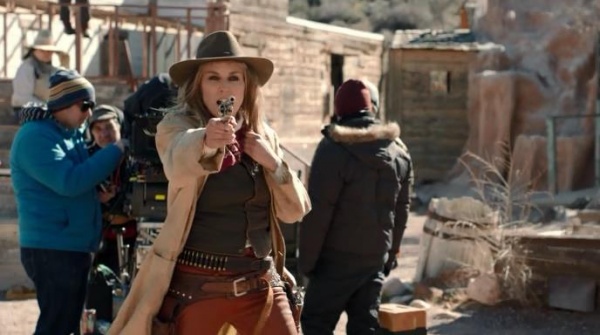 "It's because I'm a woman." Angela holds a revolver. 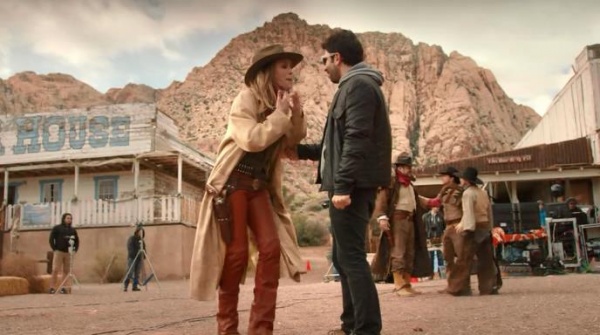 Angela complains of Valentine (Filipp Kirkorov), you can see revolver in the holster. 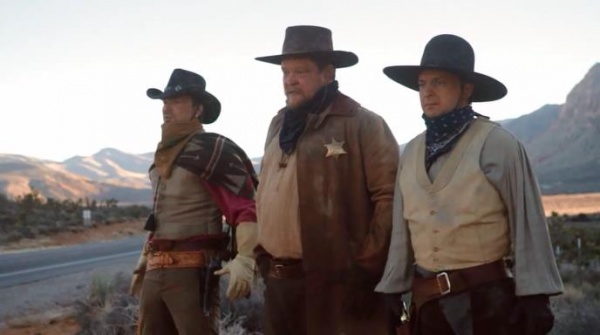 Artyom (on the left) has revolver. 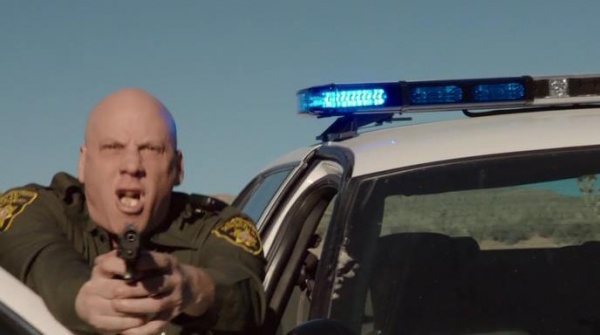 "Hands up, got out of the car!". Police officer aims of his CO2 pistol. 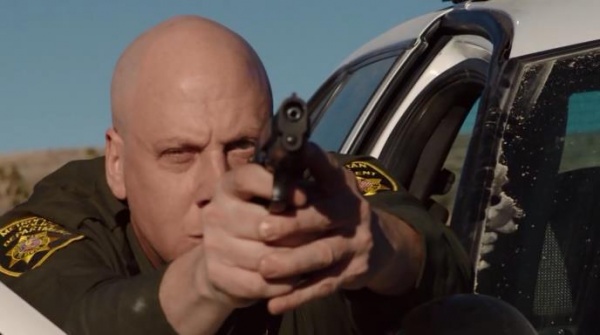 Valentine (Filipp Kirkorov) uses a perfume spray in the form of a pistol during the filming of perfume advertising. 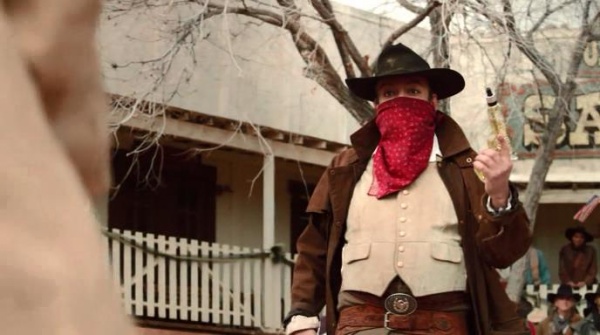 "For women, I have another weapon." Valentine pulls parfume pistol. 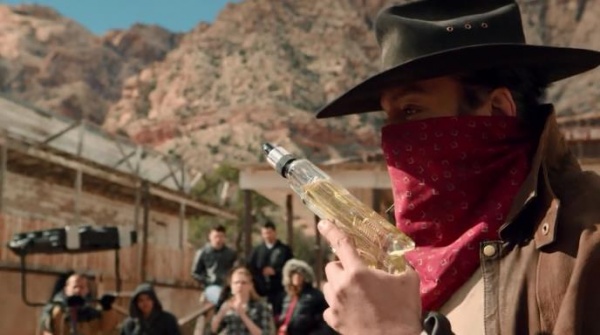 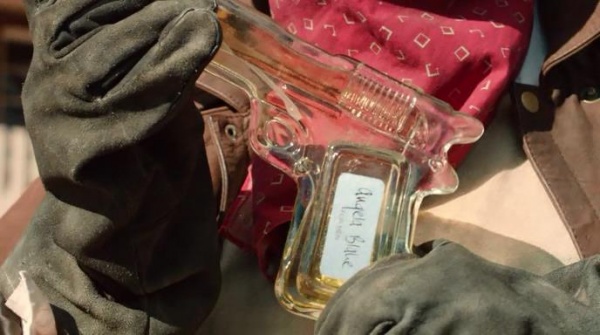 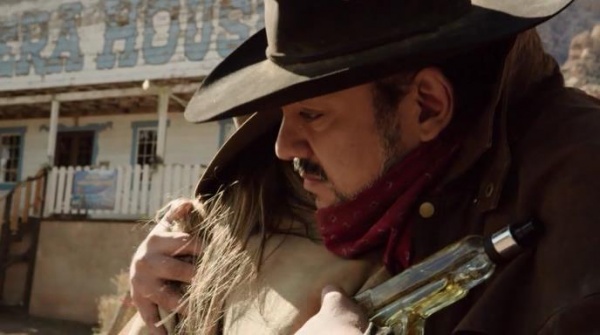 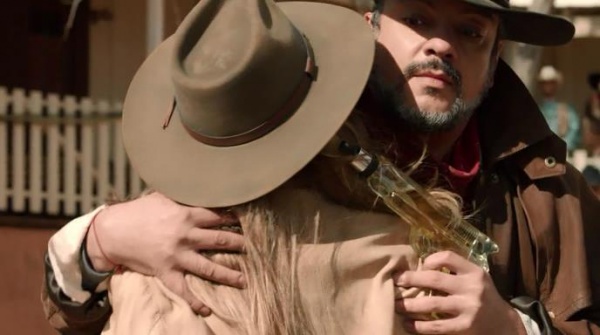 Artyom (Aleksey Chadov) seen with an unidentified shotgun during the show "plan № 1" (a parody of "Point Break" movie). 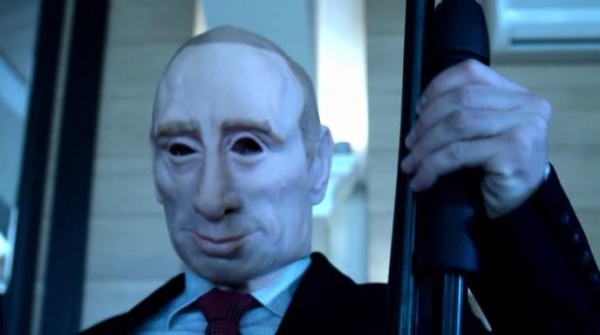 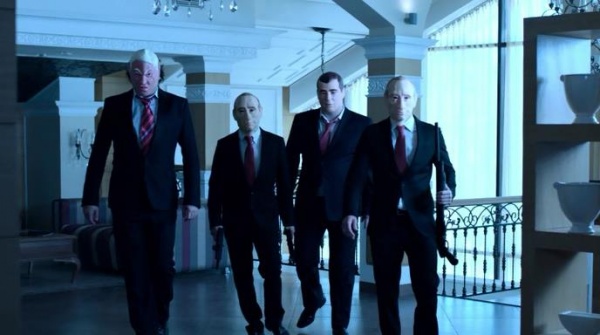 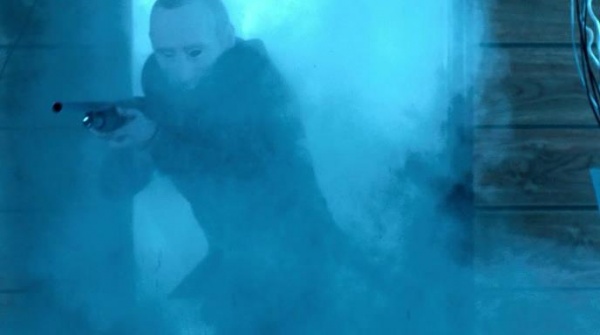 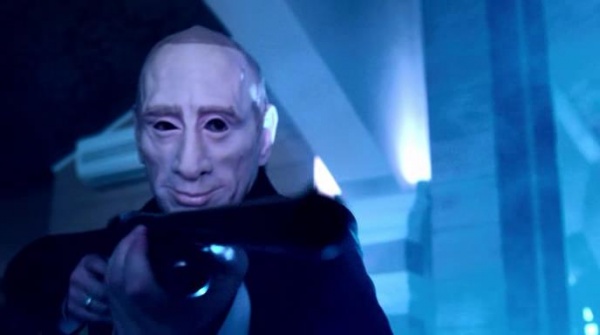 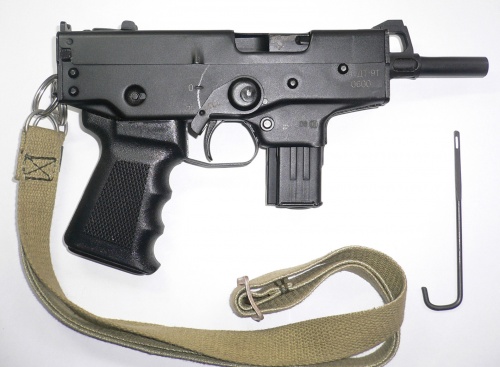 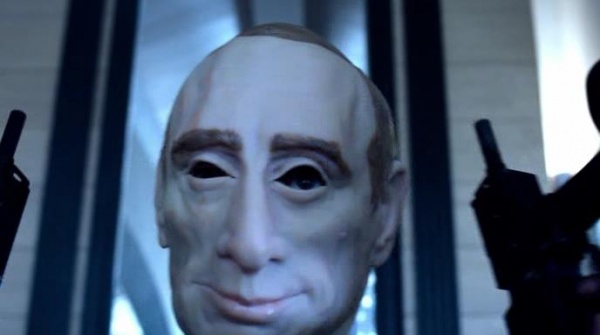 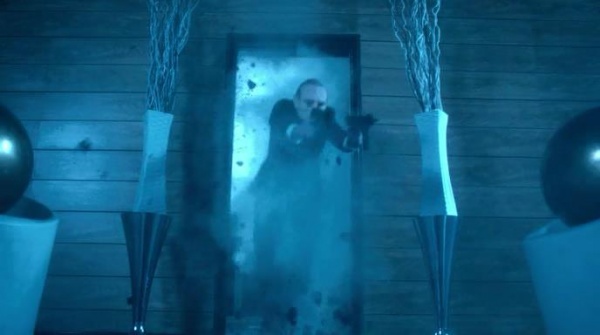 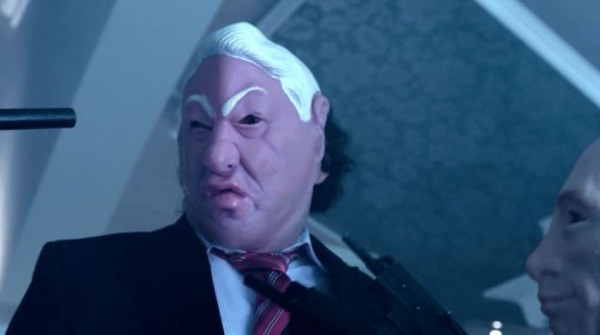 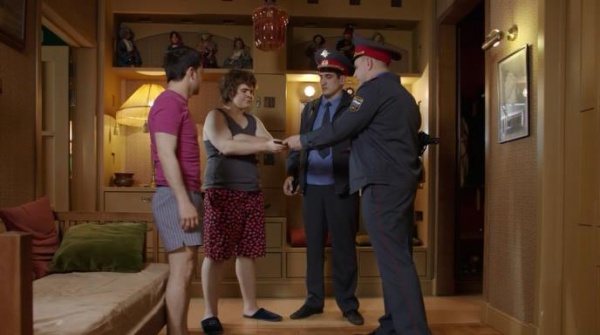 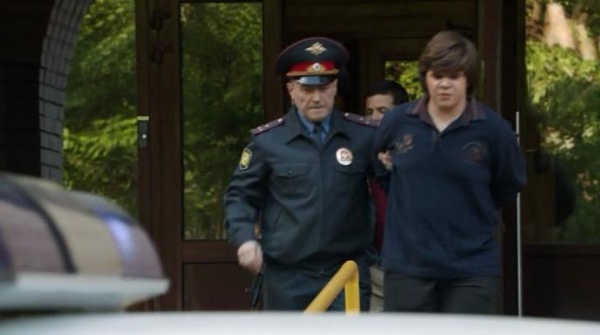 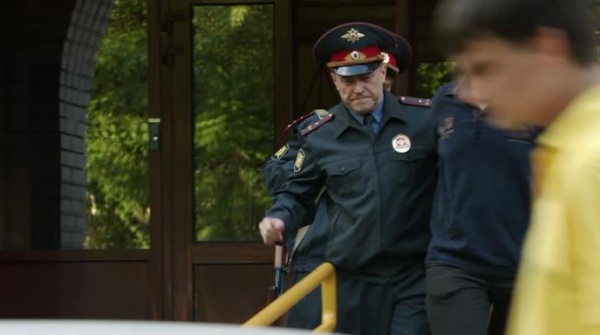