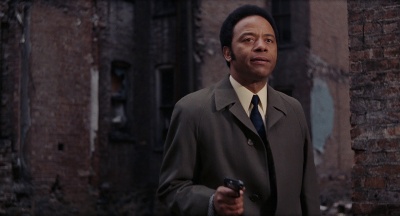 Lon Satton with a Walther PPK as Harold Strutter in Live and Let Die (1973).

Lon Satton (born 1929) is an American and British actor and composer. From 1968 to 1990, he appeared in over a dozen movies and TV series including Live and Let Die and Revenge of the Pink Panther.