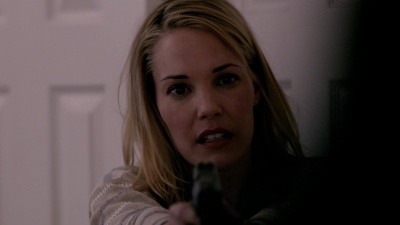 Leslie Bibb as Jana Murphy holds a Glock 19 in The Following.

Leslie Bibb is an American actress who has appeared in such series as Crossing Jordan, CSI: Miami, and The Following. She also has appeared in the MCU as news reporter Christine Everhart since 2008's Iron Man, a role she returned to voice in the Disney+ animated series What If...?.