The LASERAIM series were ported .45 ACP pistols based on the original M1911 design, but incorporating elements of the BHP and the CZ-75. The unique feature of this pistol was a hole cut out of the trigger guard ahead of the trigger to mount a laser. By the late 1990s, the company had gone out of business and had sold their patents to AMT. 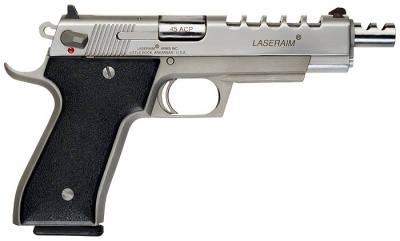 The LASERAIM series and variants can be seen in the following films, television series, video games, and anime used by the following actors: