King of the Mountain, The

File:El rey de la montaña.jpg
The King of the Mountain (2007)

The King of the Mountain (Spanish title: El Rey de la Montaña) is a 2007 Spanish thriller/ survival movie directed by Gonzalo Lopez-Gallego. The film is about Quim, an ordinary man (Leonardo Sbaraglia) and a young woman named Bea (Maria Valverde) who got lost in an isolated rural area and find themselves chased and hunted by unknown attackers.

The following weapons were used in the film The King of the Mountain (El Rey de la Montaña):

The Guardia Civil officer (Pablo Menasanch) carries a Beretta 92FS as his main weapon. He fires it briefly to provide cover fire from the snipers. 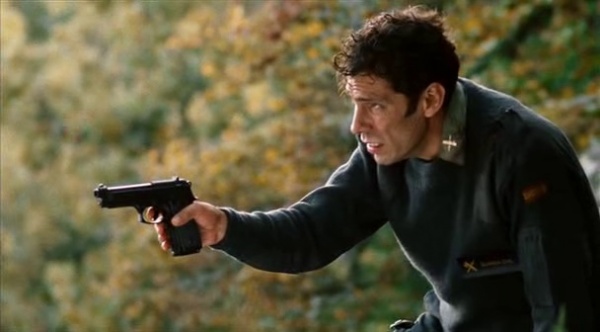 The Guardia Civil officer holding Quim and Bea at gunpoint. 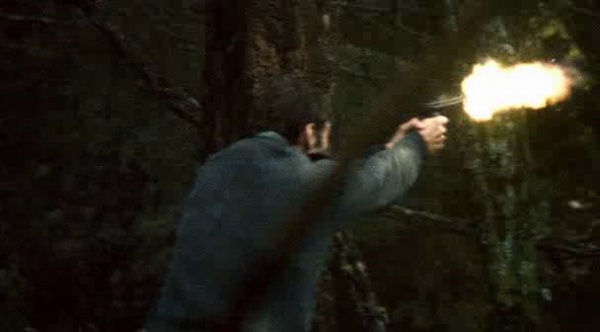 This is the main weapon used by the antagonists. Off-screen, many shots are fired at a semi-automatic rhythm, but the rifle is a bolt-action system. The caliber itself seems powerful enough to penetrate the engine block of a car and to be fired from several hundreds yards. However the scope seems to be a NORCONIA Germany, which is actually a Chinese brand affiliated to NORINCO. Even though they sell hunting and sporting scopes, they are mostly known for their Airsoft optics. 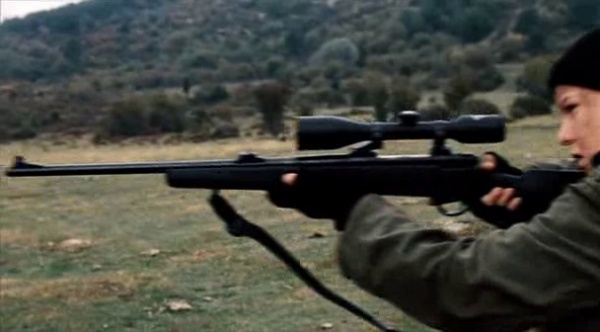 The first attacker holding the rifle. 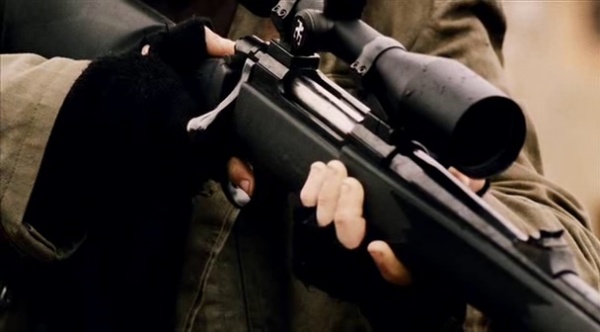 Close-up of the bolt mechanism. 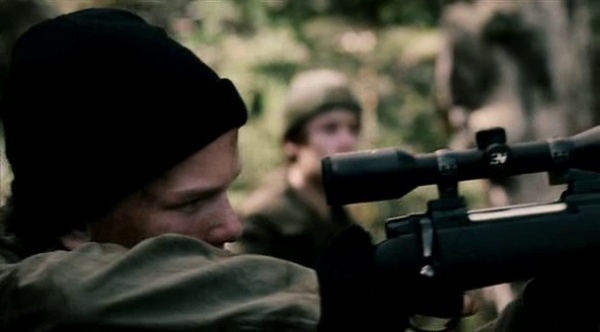 Close-up of the scope manufacturer logo, which is an upside-down "NE".The scope seems to be a Norconia 6x42. 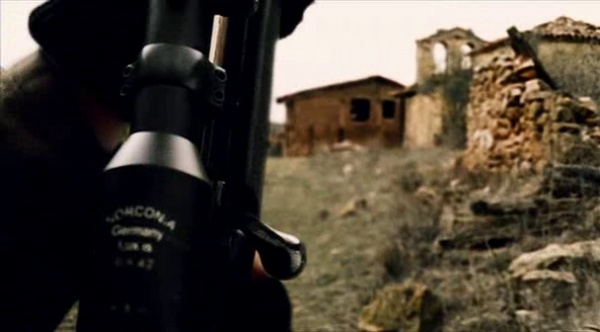 Closer look of the inscription on the scope and the NORCONIA Germany inscription.

Another attacker is armed with a double-barrel shotgun with exposed hammers. Also, a lot of smoke is emitted after each shot, which may indicate that this is a black-powder weapon. 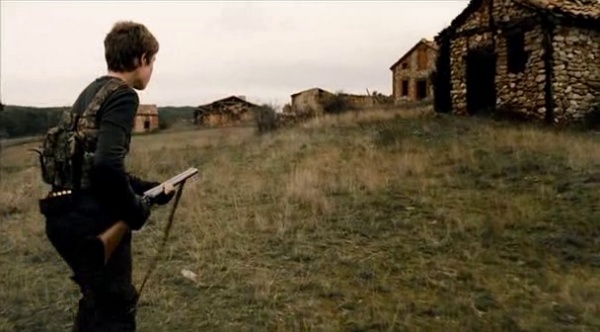 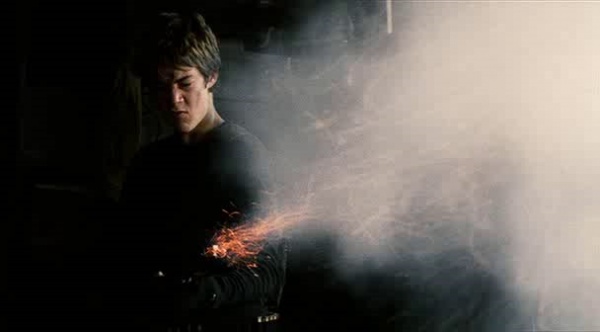 Firing the shotgun. Note the amount of smoke. 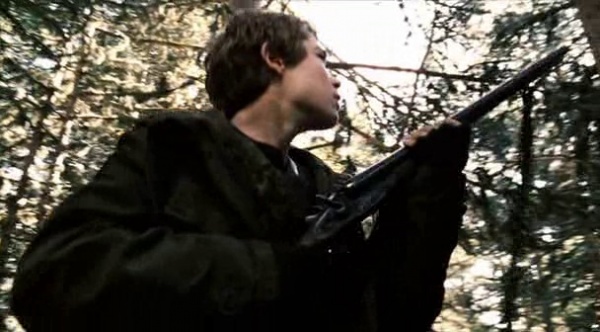 Closer look of the shotgun. Note the exposed hammers. 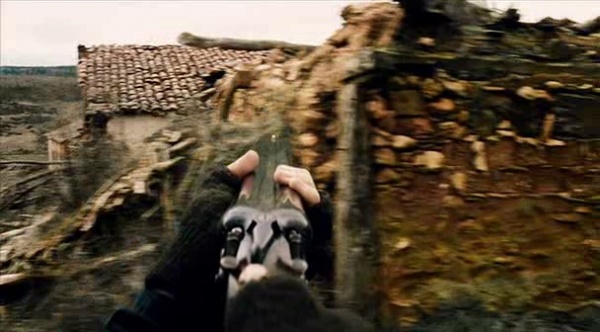