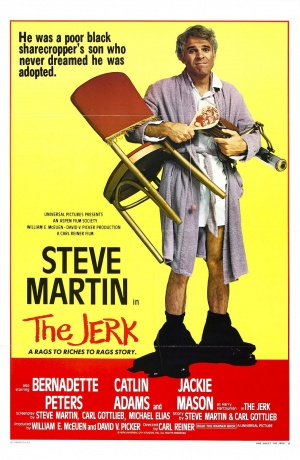 The following guns were used in the film The Jerk:

The Madman (M. Emmet Walsh) is seen using an M16A1 with a scope and a suppressor to try and take out Navin R. Johnson (Steve Martin). This scene is also briefly glimpsed on a TV set in the film Black Hawk Down. 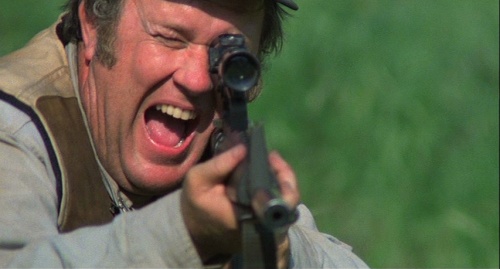 "Die gas pumper!" The madman takes aim at Navin with his M16A1

The Madman is also seen carrying two MAC-10's in his arsenal. 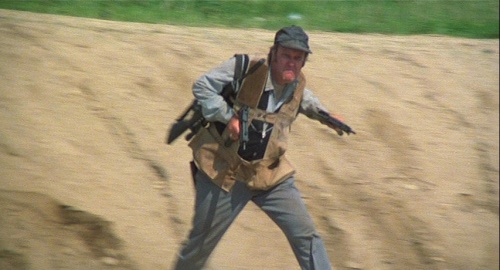 The Madman also is seen pulling a Colt Python revolver when he chases Navin. 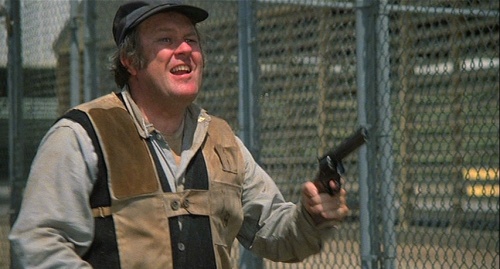 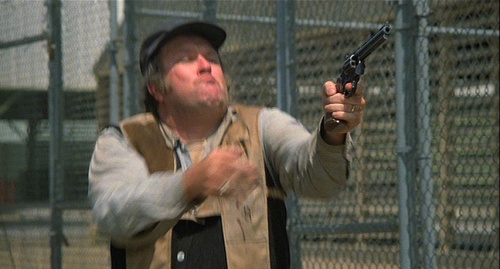