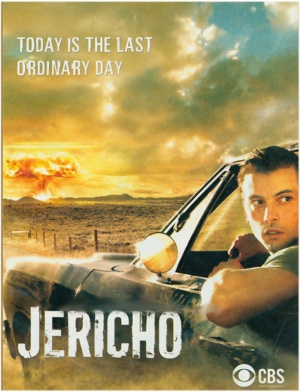 Jericho is a post apocalyptic television drama that follows the inhabitants of a small American town as they struggle for survival following a series of nuclear attacks on the country. The series premiered in the US on CBS in 2006 and was initially not renewed because of lackluster ratings. Due to the outcry of its loyal fanbase, Jericho was eventually revived for a second season of six episodes, but ultimately ended as a television series in 2008.

The following lists the seasons of the series Jericho: