Her Sister's Rival (Russian: Жизнь за жизнь; Zhizn za zhizn; lit A Life for a Life) is a 1916 Russian Empire silent movie, starred by the legend of the Imperial Russian film actress Vera Kholodnaya (and one of a very few survived movies when she appeared).

The following weapons were used in the film Her Sister's Rival (Zhizn za zhizn): 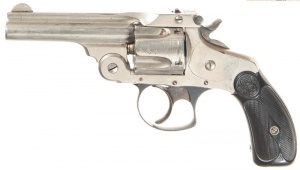 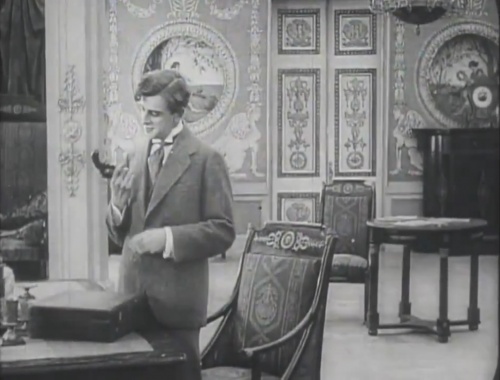 Vladimir Bartinsky investigate his sidearm. The grip is seen. 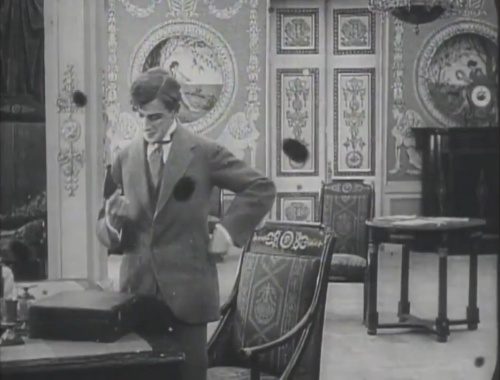 Vladimir Bartinsky brandishes his revolver. The black spots is the defect of the old film, which couldn't been removed during the restoration. 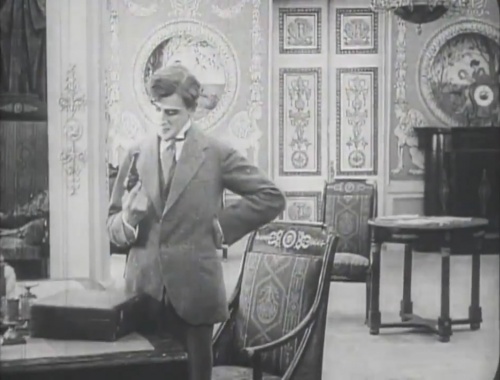 Barrel and front sight is seen. 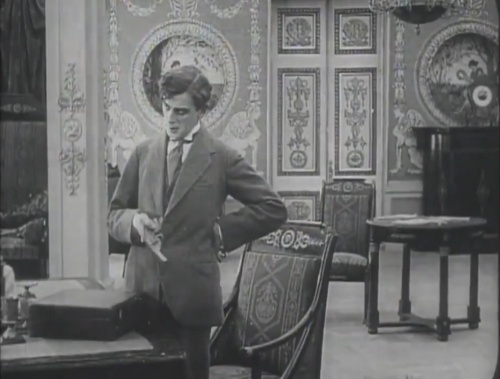 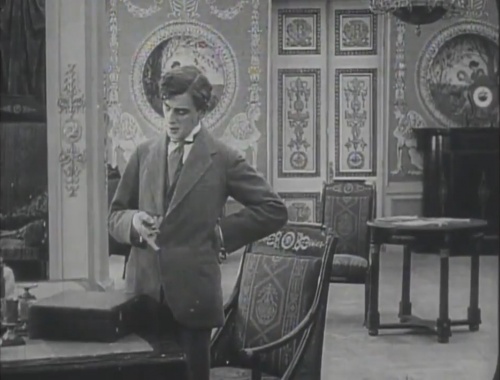 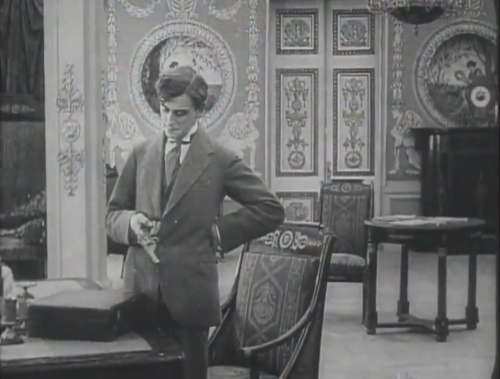 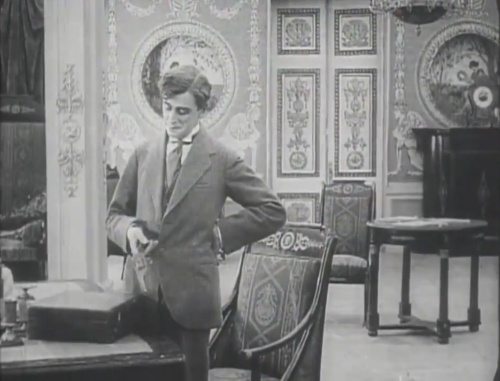 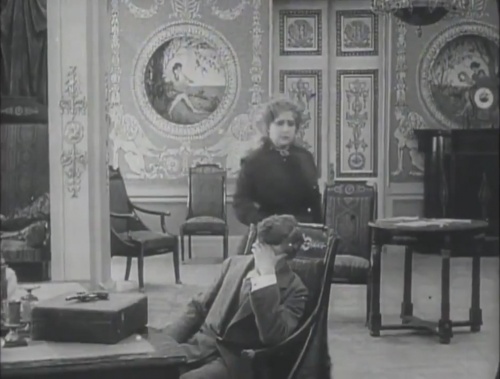 The revolver is lying on the suitcase. The cylinder and numbers of chambers is seen. 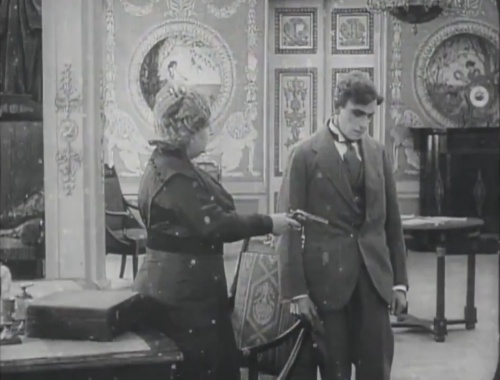 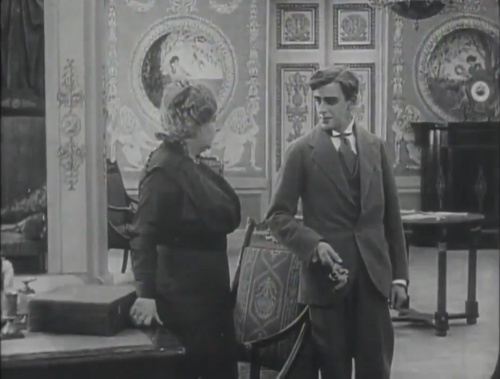 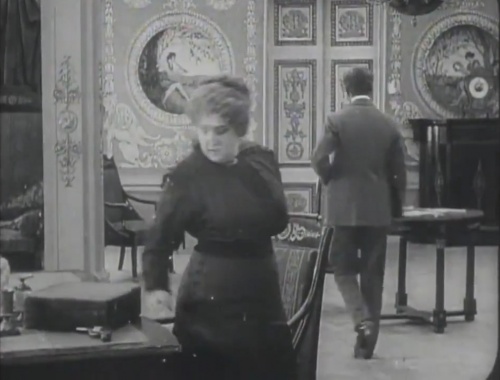 The revolver lying near the suitcase. Trigger guard is seen.
Retrieved from "https://www.imfdb.org/index.php?title=Her_Sister%27s_Rival_(Zhizn_za_zhizn)&oldid=1162018"
Categories: