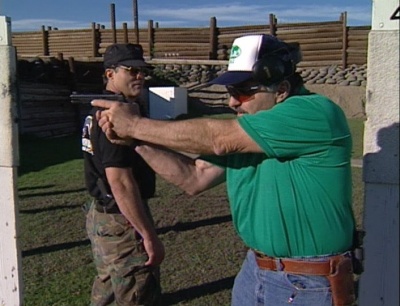 Harry Humphries demonstrates proper gun handing in a behind the scenes featurette for The Rock.

Harry Humphries is a retired Navy SEAL who served as military technical adviser on many Jerry Bruckheimer productions including The Rock, Armageddon, Bad Boys II, and Black Hawk Down. He has also has appeared onscreen in several of those films.