Gypsy Camp Vanishes Into the Blue (Tabor ukhodit v nebo; also released in English as Queen of the Gypsies and Gypsies Are Found Near Heaven) is a 1976 Soviet musical drama film directed by Emil Loteanu and based on the 1892 story "Makar Chudra" by Maxim Gorky. In the first years of the 20th century, a Gypsy camp travels in the Transcarpathian outskirts of the Austro-Hungary. Daring, handsome horse thief Loiko Zobar (Grigore Grigoriu) meets beautiful girl Radda (Svetlana Toma), but their love is fated.

The film got the Golden Shell award of the 1976 San Sebastian Film Festival.

The following weapons were used in the film The Gypsy Camp Vanishes Into the Blue (Tabor ukhodit v nebo):

Loiko's friend Bubulia (Sergiu Finiti) holds a Nagant M1895 revolver when he saves Loiko from the gallows. While this revolver already existed in 1900, one of the Austro-Hungarian Gasser revolvers would be a more correct choice.

He fires in air to distract the attention of the gendarmes.

A barrel with typical stacking rod is seen.

Gendarmes carry Mannlicher rifles when they smash up the Gypsy camp in search of Loiko.

Gendarmes lead Loiko to the gallows.

Probably due to the lack of Mannlicher rifles, some gendarmes and cavalrymen carry a mix of Mosin Nagant M1891 Dragoon and M1891/30 rifles. All rifles have unhooded front sights but some may be identified as M91/30 by the shape of the receiver.

A cavalryman at the left holds a Mosin Nagant rifle.

A cavalryman with a Mosin Nagant rifle.

In the scene in the Gypsy camp, a gendarme carries a Mosin Nagant rifle. Due to the round receiver, it can be identified as an M91/30 but the hood from the front sight is removed.

Gendarmes with Mosin Nagant (at the left) and Mannlicher rifles.

A gendarme carries a Mosin Nagant rifle during Loiko's escape from the gallows.

Mosin Nagant M1938 Carbines are also used by the gendarmes and cavalrymen.

A cavalryman carries an M38 Carbine.

Another view of the same cavalryman's carbine.

An M38 Carbine with front sight with removed hood is seen at the background.

Gendarmes fire at Loiko and Bubulia. 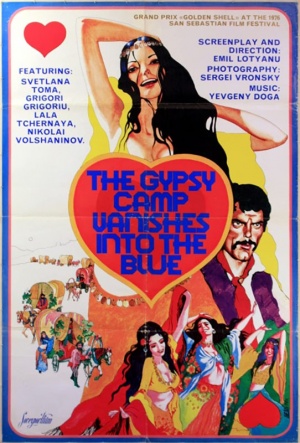