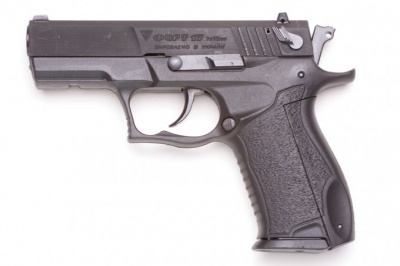 The Fort-17 is an improved and modernized version of the Fort-12 with a polymer frame, a Picatinny rail on the dust cover, and interchangeable backstraps.

The Fort-17 and variants can be seen in the following films, television series, video games, and anime used by the following actors: 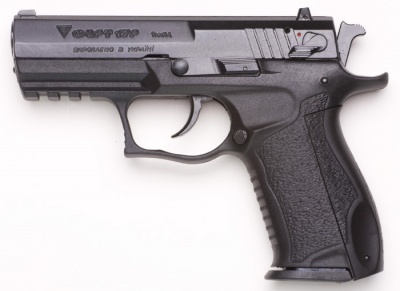 The Fort-17R is a blank-firing/less-lethal version of the Fort-17 meant for less-lethal self-defense. Dubbed a "traumatic pistol", it can only fire 9mm P.A. blanks or .45 Rubber/.45 CS rounds. Except for the markings on the slide and the specialized barrel, it is identical to to the live firing 2nd and 3rd generation Fort-17s.

The Fort-17R and variants can be seen in the following films, television series, video games, and anime used by the following actors: 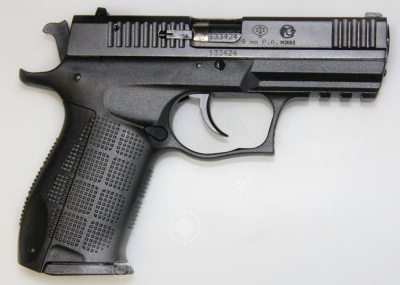 The Groza-04 is a less-lethal (rubber-firing) pistol, based on the Fort-17T and produced by Russian company Technoarms (originally assembled from Ukrainian produced parts). It exists in two versions: base version Groza-04 and Groza-041 with EVO barrel. Groza-04 has same vertical slide serration as Fort-17T (different from Fort-17/17R) and differs only in markings.