The Good Soldier Schweik is a 1960 German film adaptation of the novel The Good Soldier Švejk by Jaroslav Hašek, directed by Axel von Ambesser and starring Heinz Rühmann in the title role. Schwejk, a Bohemian dog dealer, is living peacefully and contentedly in Prague when World War I breaks out. An arrest for high treason leads directly to his soldiering, which he survives with the luck of the supposedly simple-minded. He is transferred to the front with First Lieutenant Lukasch, and here, too, his mischievous naiveté will repeatedly get him into trouble and out of it at the same time.

The following weapons were used in the film The Good Soldier Schweik (Der brave Soldat Schwejk):

The Steyr Mannlicher M1895 carbine or short rifle is used by Austro-Hungarian soldiers including Josef Schwejk (Heinz Rühmann). These rifles are clearly post-WWI M1930 Conversions with modified front sights. Some Russian soldiers appear also to be armed with Steyr carbines instead of the accurate Mosin Nagant M1891. 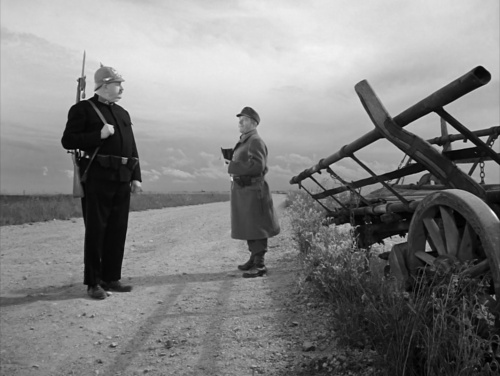 A Gendarm (Viktor Braun) encounters Schwejk on his way to his regiment. 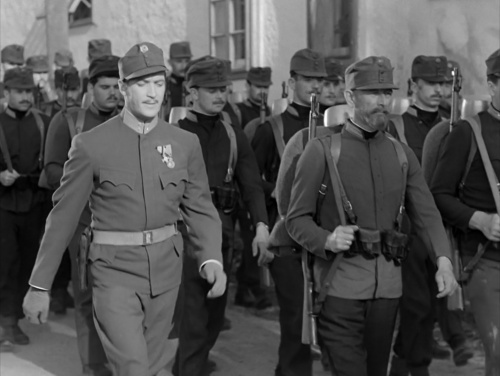 The regiment marches to the frontline. 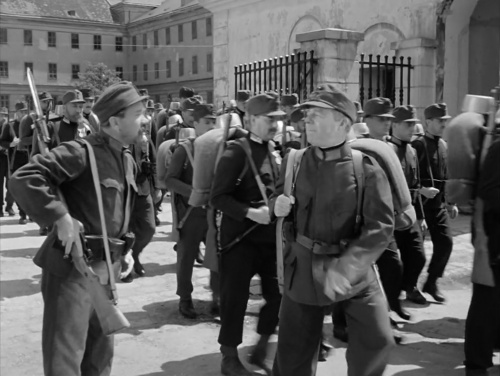 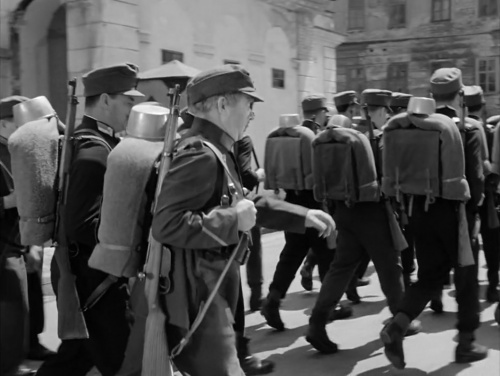 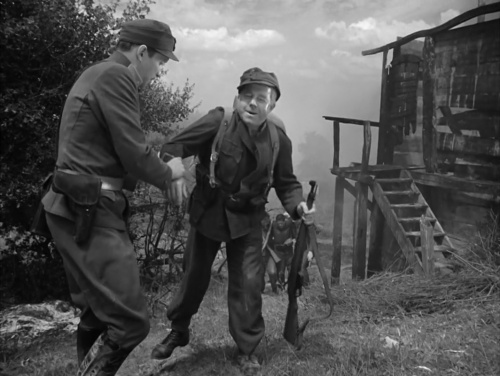 The exhausted Schwejk uses his rifle as a walking aid. 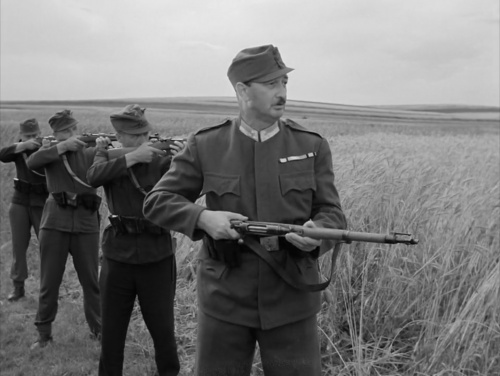 A Feldwebel (Sergeant) (Raoul Retzer) and his squad captures Schwejk. 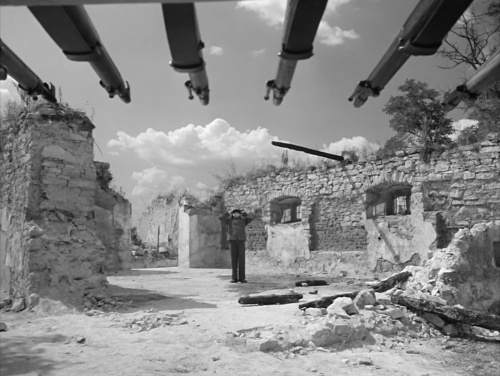 A firing squad aims his rifle at Schwejk which shows the stacking pins. 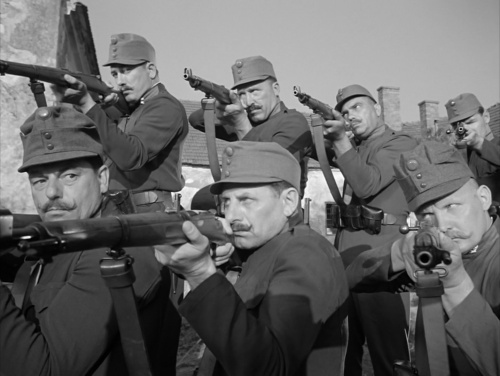 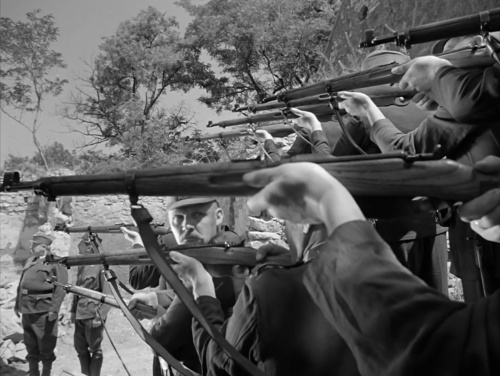 The right side of the aimed carbines. 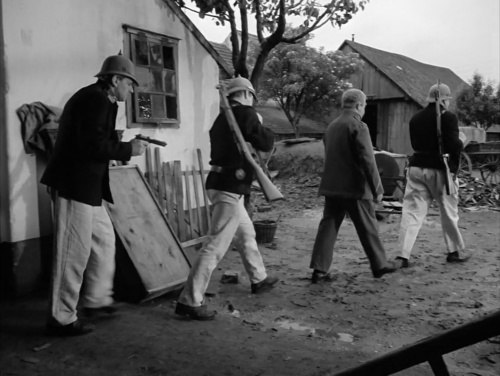 The Wachtmeister holds his pistol on the left. 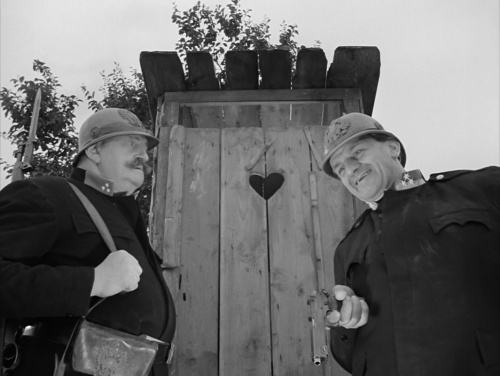 He brandishes the pistol. 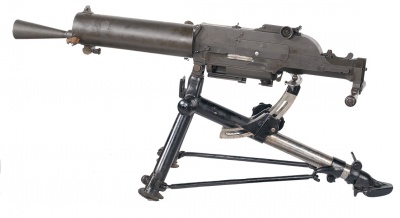 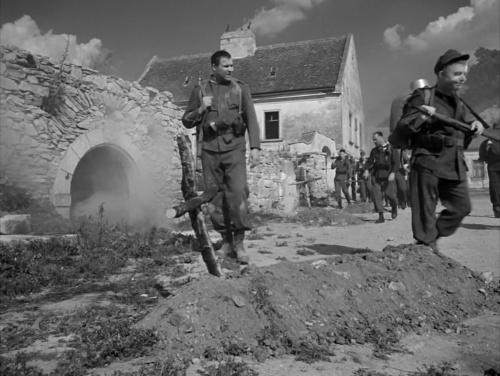 The soldier in the background next to the stone gate lugs the Schwarzlose on his shoulder. The two grips and the flash hider are hardly visible. 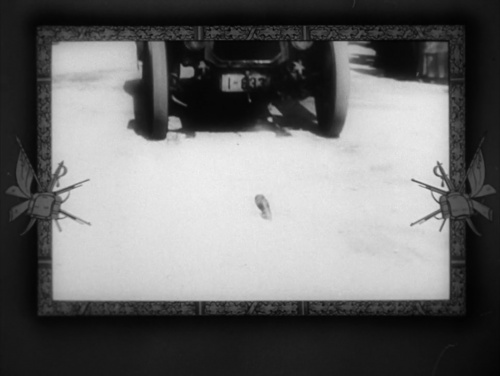 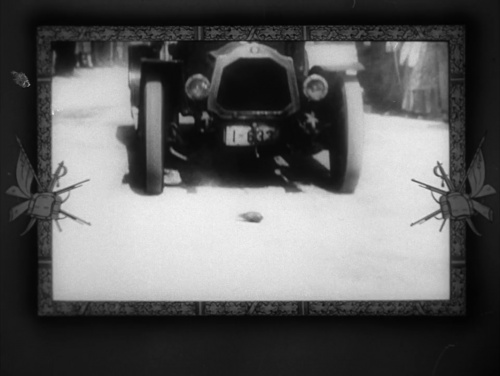 A grenade is used during the assassination of Archduke Franz Ferdinand. 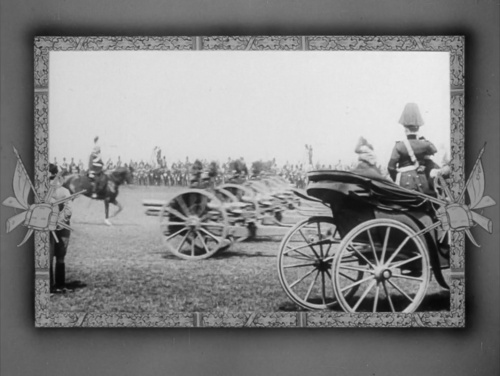 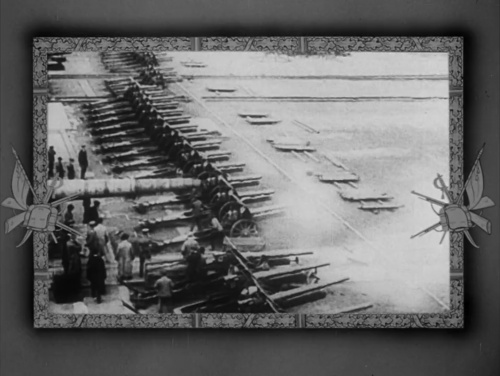 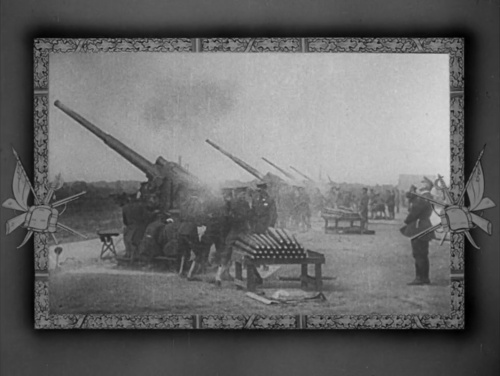 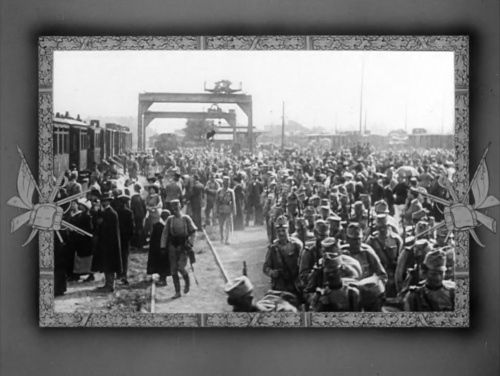 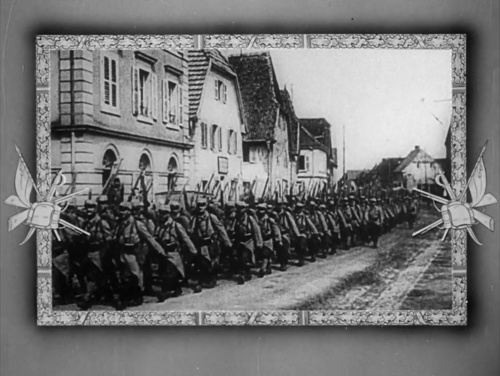 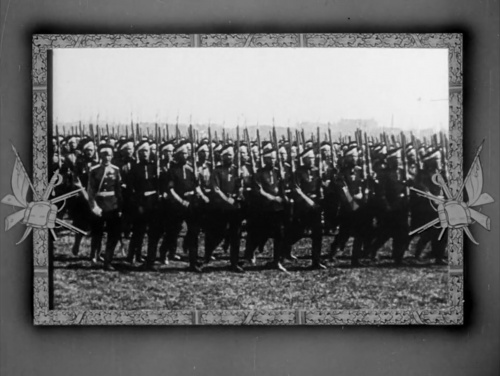 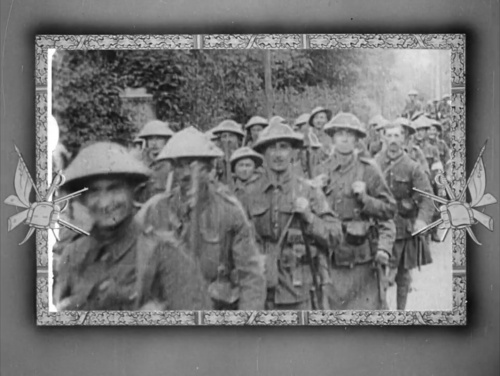 A column of British soldiers armed with Lee-Enfield No.1 Mk.III rifles. 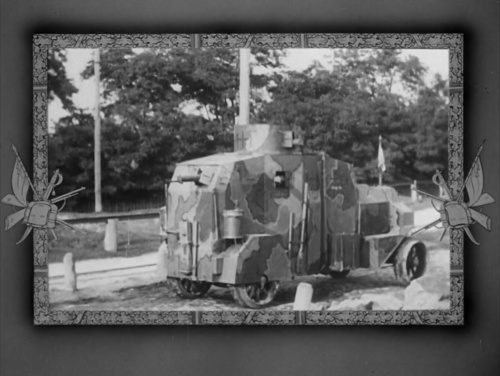 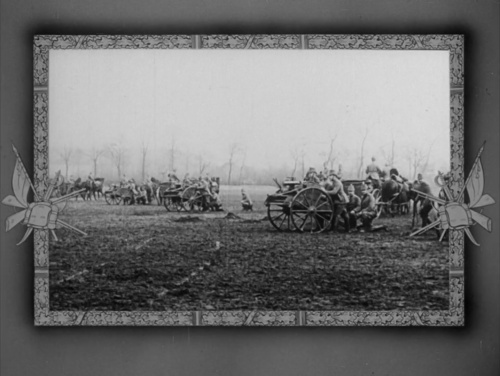 Soldiers during a pre war maneuver with Maxim guns.
Retrieved from "https://www.imfdb.org/index.php?title=Good_Soldier_Schweik_(Der_brave_Soldat_Schwejk),_The&oldid=1533029"
Categories: