Double Passing (Dvoynoy obgon) is a 1984 Soviet crime movie directed by Aleksandr Gordon. Truckers Viktor and Ivan Petrovich transport a valuable cargo on a highway in uninhabited territory in the South of USSR. A pair of criminals, seasoned "Bug" and young and ill-tempered "Lyon'ka", hijack the truck. Capt. Madzhiev of the road patrol chases the truck while the truckers are hold by criminals and their life is in grave danger.

The following weapons were used in the film Double Passing (Dvoynoy obgon): 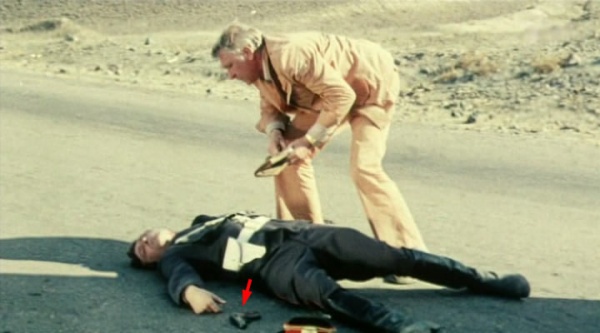 A PM is seen next to the body of Lt. Dzhafarov. 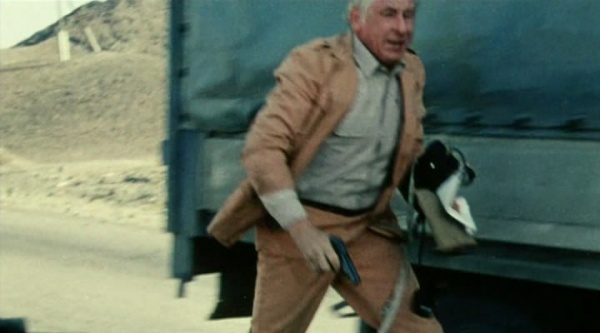 "Bug" picks up the pistol. 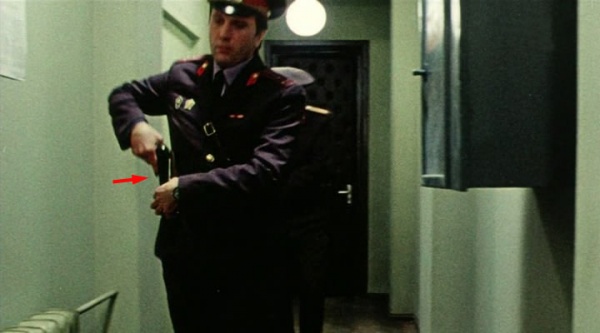 A GAI officer puts his PM in holster.

Unlike other GAI officers, Capt. Madzhiev's (Boris Khimichev) personal sidearm is a TT-33 of pre-1947 model. "Bug"'s PM switches to TT in the final scene due to a continuity error. 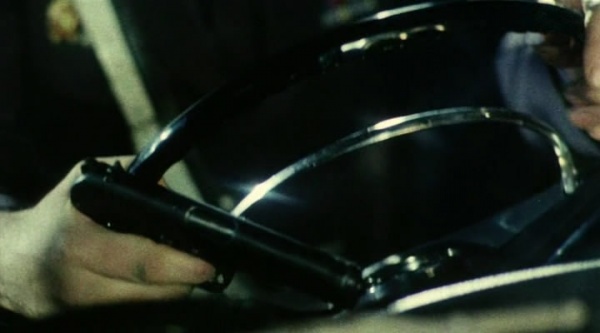 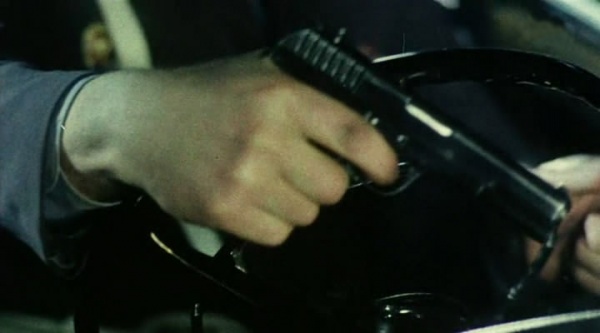 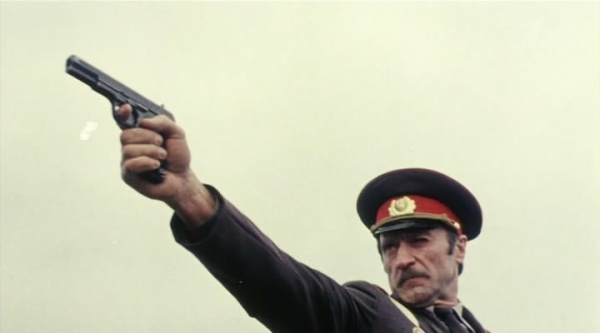 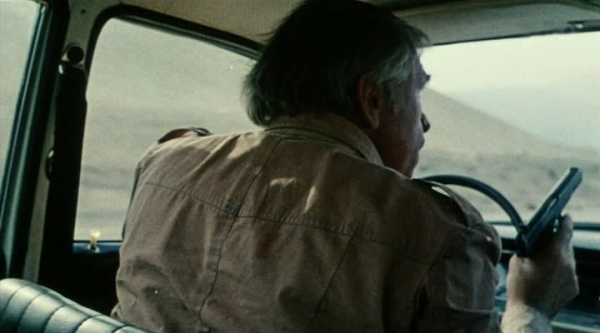 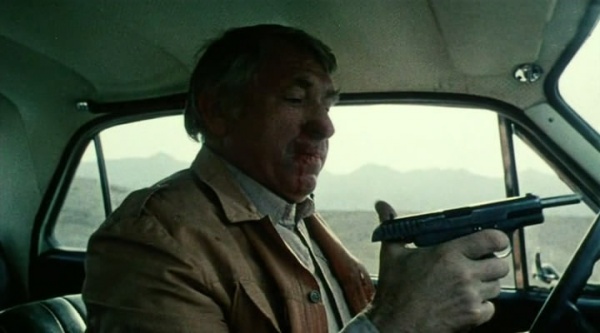 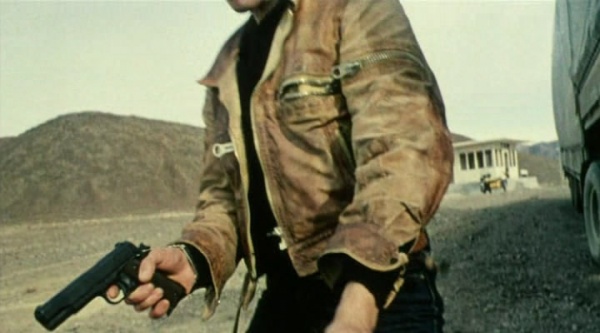 "Lyon'ka" fires at a GAI officer. 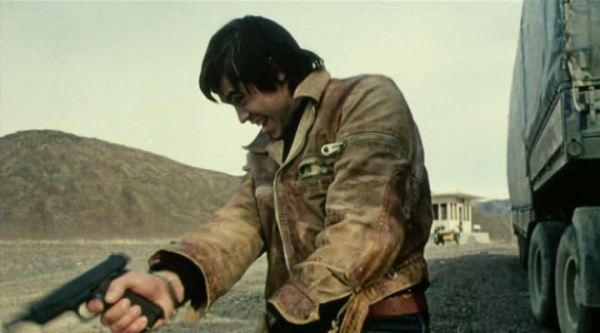 The pistol is seen firing, that is rare for .45 M1911s in old films. Since the pistol in the film fully cycles, it must have been re-barreled for the use of 7.62x25mm blanks.

Some of the GAI personnel are seen with AK-74s during the attempt to stop the hijacked truck. 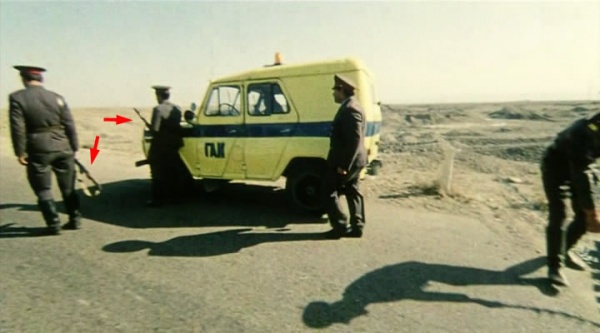 The shape of the muzzle brake allows to identify the rifle as AK-74.
Retrieved from "https://www.imfdb.org/index.php?title=Double_Passing_(Dvoynoy_obgon)&oldid=1431228"
Categories: